2,500 years on, the Authentic Marathon Swim is revived at Artemision 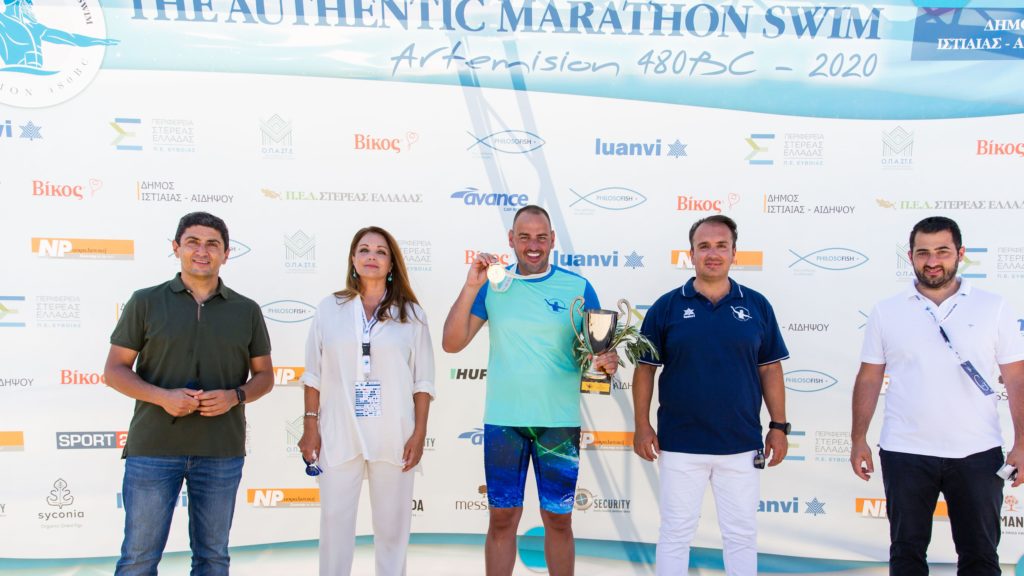 Amateur and professional swimmers from Japan, Russia, Great Britain, Germany, Bulgaria and Greece took to the waters of Pefki, Evia for the inaugural Authentic Marathon Swim between 4-6 September.

For the first time, after 2,500 years, the historic authentic 10 km route revived with the participation of world-class names that swam over the shipwrecks of the historic naval battle of Artemision in 480 BC.

The story of Skyllias and Hydna begins with their several admirable diving achievements. The two were arrested in 480 BC by Persians, who wanted to use the pair of proficient divers for an extensive exploration of underwater treasures left behind by ancient Greek shipwrecks.

READ MORE: Greek travellers turning their wanderlust into a lifelong adventure, even after having kids

According to some ancient historians, Skyllias and his daughter Hydna were the first ‘marathon swimmers’ to be acknowledged globally after helping the Greek forces in the historic naval battle of Artemision against the Persian fleet.

The event also hosted an 800m children’s race offering joy and smiles to dozens of youngsters.