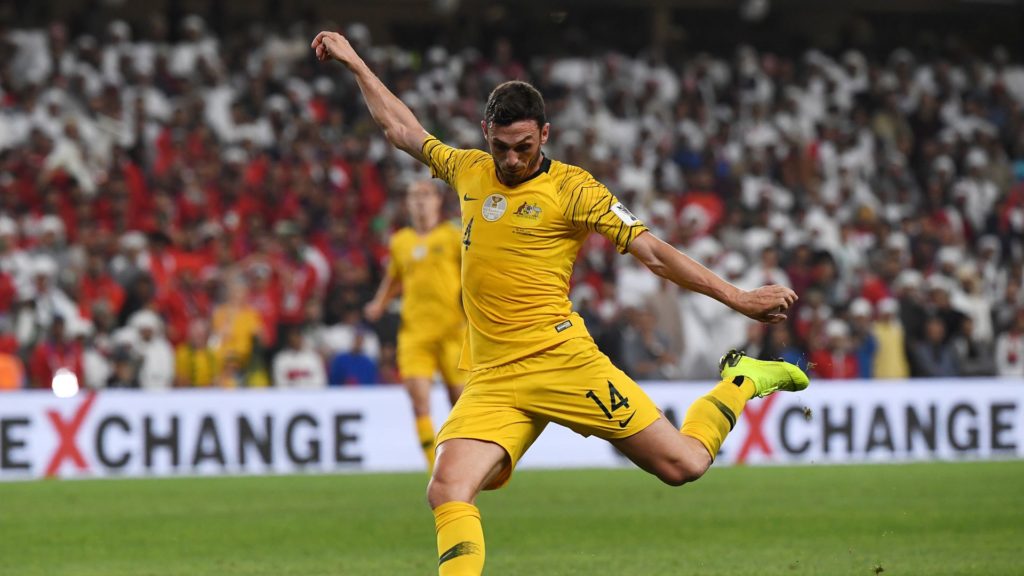 Giannou Apostolos of Australia in action during. Photo: AAP via EPA/MAHMOUD KHALED

Giannou – who announced he was departing Cypriot flyers AEK Larnaca early this year – has been signed by OFI to replace outgoing striker João Figueiredo, who is heading to the Middle East.

Another Socceroo, midfielder James Jeggo had a superb debut for Greek giants Aris as the Thessaloniki club topped the Greek Super League with a 3-1 win.

Jeggo started and played a full match on his debut for the club, only a month after signing for the Greeks, and was instrumental in Aris’ defensive and attacking efforts as the club eventually got over the top of Greek minnows Lamia.