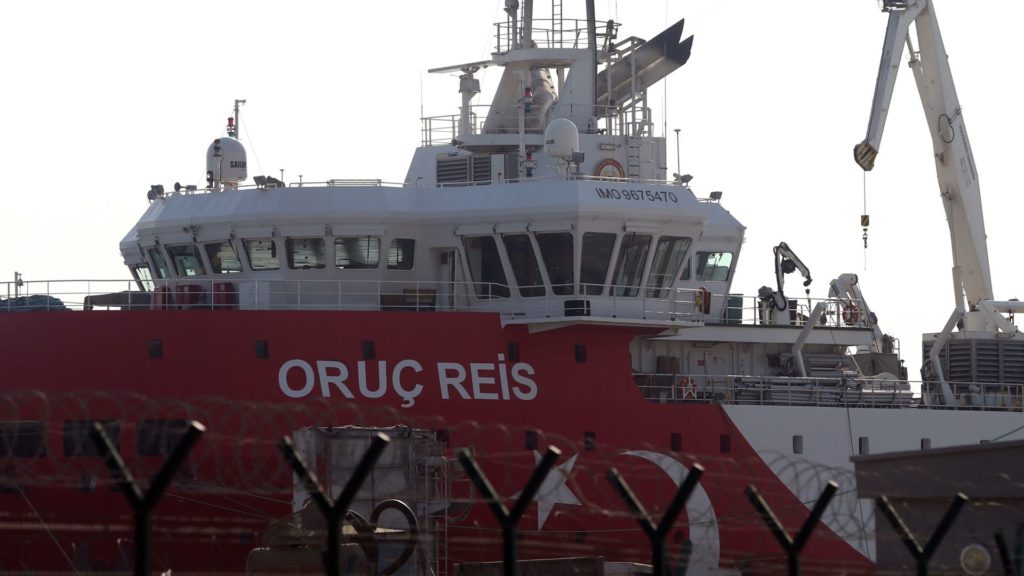 The announcement stated that the talks will take place in Istanbul in the near future, however did not specify a date.

The exploratory talks, the 61st of the type since 2016, are a meeting between senior diplomats from the Greek and Foreign Ministries to discuss continental shelf demarcation and other issues. The Greek diplomatic delegation will be headed by Pavlos Apostolidis, however it is still unknown whether it will take place before the EU Summit and whether Turkey’s activities in the eastern Mediterranean will be discussed.

The Greek delegation will drive to Istanbul due to restrictions imposed on air travel.

The EU Summit which was due to take place on 24 and 25 September, has been postponed to 1-2 October.

French President Emmanuel Macron sent a strongly-worded message to Turkey when he addressed the UN General Assembly via teleconference. “We are ready for a dialogue with Turkey, but we expect them to respect European sovereignty, international law, as well as to provide clarifications on their actions in Libya and Syria,” he said.

“The insults are ineffective. All these words, all these acts have no place in the relations between responsible states. You need responsibility. We are ready for dialogue, for the effective construction of a Pax Mediterranea, but not with intimidation and the law of the strong. We need respect for international law and co-operation.

“These principles are non-negotiable.”