There’s more to Jenny Mikakos than meets the eye: pitstops in her career 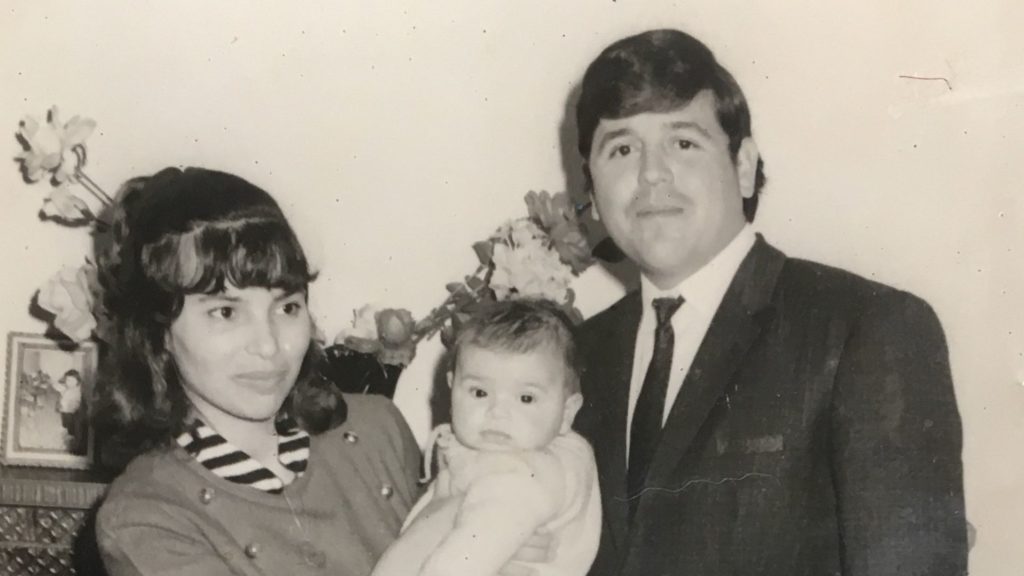 It was supposed to be a landmark year for Jenny Mikakos, the former health minister who turned 51 in January. She has the distinction of being the first Greek Australian woman to be elected to a parliament in Australia, 21 years ago this year, and is the first to take on a ministerial role in a cabinet when in December, 2014, she was appointed Minister for Families and Children, and for Early Childhood Education and Youth Affairs. She served in that role for the full term of the first Daniel Andrews cabinet.

Here’s a timeline of her achievements:

25 January, 1969: Jenny Mikakos, a child of Greek immigrants from Lakonia and Messinia, is born. Her early memories include going to Greek school and learning from the famous Alfavitario – Νιάο νιάο, ή γάτα. Πί πί, το παπί. She grew up eating bamies, her favourite food.

1990s: A solicitor and vice president of Labor’s Victorian branch, she worked as a councillor at the City of Northcote which is now City of Darebin before entering State Parliament.

1999: Aged 30, she entered Victoria’s upper house as part of a surprise victory for Labor under Steve Bracks whoswept aside Jeff Kennett’s LIberal government. Her seat, Jika Jika, covers northern suburbs which include Reservoir, Preston and Thornbury.

2000s: As parliamentary secretary for justice and later planning, she was re-elected to the newly created seat of Northern Metropolitan in 2006 and 2010.

2014: She was first on the Labor ticket in 2010 and was promoted to the ministry after Premier Daniel Andrews lead the Labor party back to power after four years. In Parliament, Mikakos held the roles of Parliamentary Secretary for Justice, Parliamentary Secretary for Planning, Shadow Minister for Community Services, Children, Youth Affairs, Youth Justice and Seniors and Ageing, Minister for Families and Children, Early Childhood Education and Youth Affairs, and Minister for Health and Ambulance Services.

2014: Mikakos was again involved in applying taxpayer funds for political purposes, and the Victorian Ombudsman found that Mikakos was among a number of Labor MPs who had misused $388,000 in taxpayer funds for election campaigning. She declined to be interviewed by police in connection with the affair, which became known as the “red shirts rort”. The Labor party later repaid the amount.

2016: A number of criminals under the age of 18 in custody at Parkville prison engaged in a violent riot and caused significant property damage, forcing staff to flee. Mikakos, then the Minister for Youth Affairs, was criticised for losing control of youth justice. Later, Mikakos illegally moved the relevant inmates to an adult prison, and was forced to reverse that decision by the Supreme Court of Victoria.

2019: Mikakos oversaw the introduction of Victoria’s voluntary assisted dying laws, allowing people with a terminal illness and in intolerable pain access to drugs to end their own life.

March 2020: Mikakos was appointed Deputy Leader of the Government in the Legislative Council, a month later she was appointed as the Minister for the Coordination of Health and Human Services COVID-19 as part of the Victorian Government’s response to the coronavirus global pandemic.

READ MORE: Jenny Mikakos has completed a year as Victorian minister for health and 20 years as a politician on the Australian stage

29 March: Following a 27 March National Cabinet, Mikakos stood beside Jobs Minister Martin Pakula as he explained that private security had been contracted as part of the hotel quarantine programme.

9 April: Chief Health Officer Brett Sutton said there were risks at hotels, however there was a lack of accountability.

20 June: Flights were diverted from Melbourne after Premier Andrews asked Prime Minister Scott Morrison to divert international flights from Melbourne, and allow the quarantine program to be reset under new management. Ten Melbourne hotspots would return to stage three restrictions.

28 July: Mikakos held back tears as she discussed COVID-19 deaths in aged care facilities, particularly among the Greek community.

4 August: Mikakos refused to answer questions from the opposition among the hotel quarantine program, angry that the sitting took place against the advice of Chief Health Officer Brett Sutton.

9 August: She took to Twitter recalling the death of Pericles in the plague of Athens, 430 BC.

23 September: Senior ministers Martin Pakula and Lisa Neville point to the Health Department as being in charge of quarantine when the second wave began. Health Department boss Kym Peake did not inform Ms Mikakos about serious welfare concerns from Victoria’s three most senior health experts.

24 September: Mikakos is grilled in the inquiry, denies responsibility.

25 September: Premier Andrews contradicts Mikakos and throws her under the bus.