Greece rejects proposed text on Turkey as basis of discussion 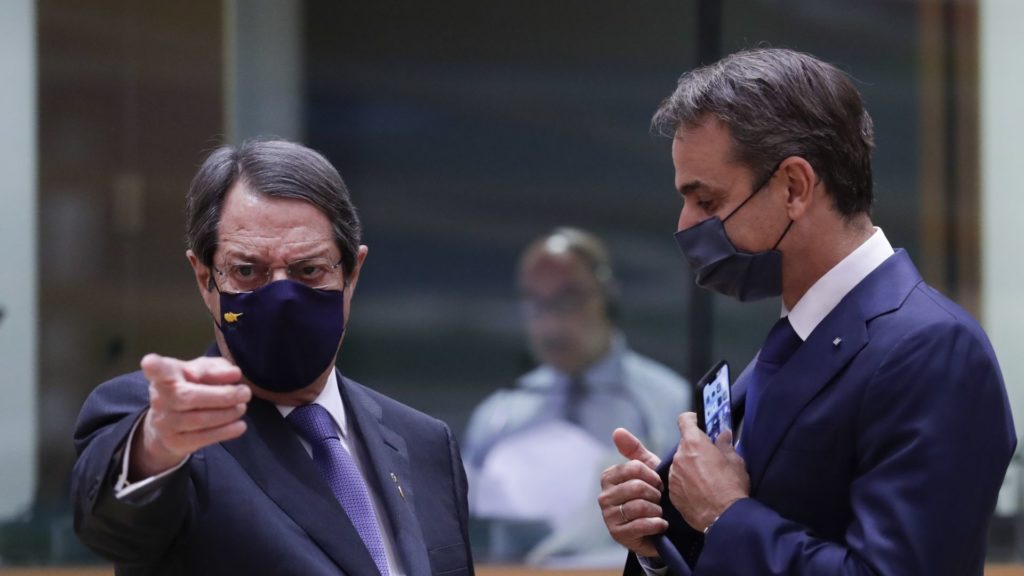 Turkish aggression, whether expressed through unilateral actions or extreme rhetoric, can no longer be tolerated, Greek Prime Minister Kyriakos Mitsotakis said on Thursday in doorstep statements before the Special European Council.

“The time has come for Europe to discuss bravely and sincerely what kind of relationship it really wants to have with Turkey,” Mr Mitsotakis said. While Turkish aggression violates the sovereign rights of two EU member states – Greece and Cyprus – it also “touches on the significant geopolitical interests of all Europe in the Mediterranean,” he said.

Greece later rejected the plan proposed at the EU Special European Council meeting as a basis to start discussing EU relations with Turkey.

Greek Government Spokesman Stelios Petsas told ERT1 that the summit “is a significant meeting for Greek-Turkish relations and – even beyond that – for all foreign relations the EU has.”

He said that discussion focused on the direction Turkey is taking “which appears to be away from the West”, but Mr Petsas noted that the document proposed as a basis for initial discussion was not accepted by Greece “because it is not balanced”.

“What is needed is to build a plan of conclusions that will include at least four pillars,” Mr Petsas said, pointing to (1) actual solidarity to Greece and Cyprus before Turkish aggression; (2) the EU calling on Turkey to stop every illegal drilling activity in Cyprus’ EEZ; (3) an end to all provocative action in the Eastern Mediterranean and  a commitment by Turkey for the de-escalation of tension, and to provide all help possible to Turkey in this framework; and lastly (4) if Turkey does not show any intention to de-escalate, then to use force.

“These four points can provide a basis for a plan of action that will be acceptable by all,” Mr Petsas said, referring to the last two pillars as “the carrot and the stick”.

Thursday night’s meeting, he said, should “provide a result that will express the EU’s unity before a partner like Turkey – naturally an important partner – who can contribute several positive elements but must stop being provocative either with actions or with its rhetoric.”