Opinion: How much does religion inform your Greek identity? 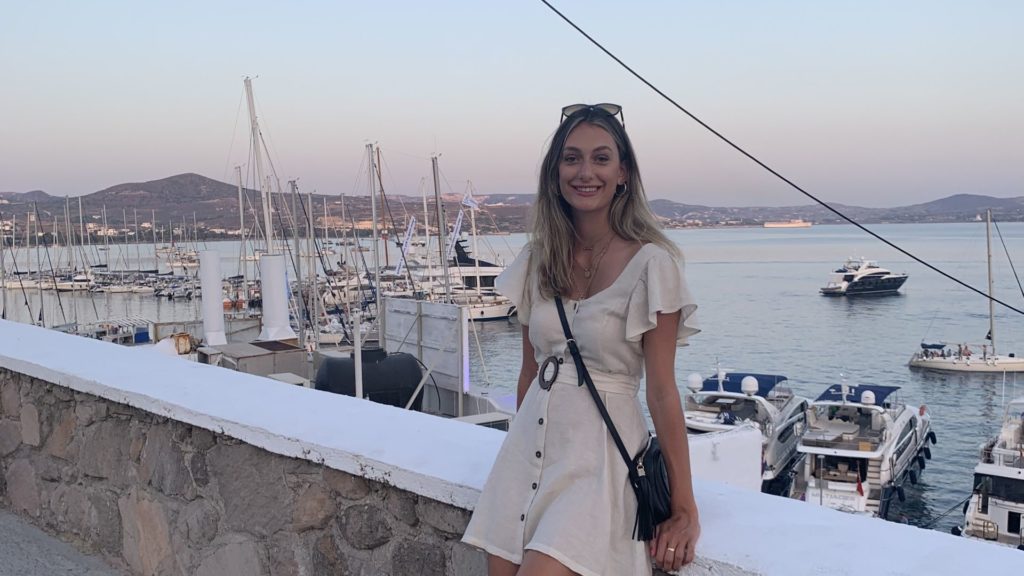 When we look at all the major traditional Greek celebrations throughout the calendar, the majority of them fall under the category of religion.

From name days, to Easter, to celebrating the independence of Greece and the culture that was strongly fought for and preserved, it seems impossible to not associate practicing religion with being Greek.

The NUGAS committee is back again to share their thoughts with Neos Kosmos on how much the Orthodox religion informs their Greek identity.

Throughout our historical struggles, targeted for our identity and discriminated against in unthinkable ways, the one thing that continued to unite us was our faith. This is why I believe it is important to preserve our Orthodox faith and our religious practices for generations to come. If we remove these traditions and customs, we remove our Greek identity. We forget the sacrifices that our people made by leaving behind their land in hope for a better life for next generations to come.

As a young Greek woman, religious customs have been a part of my identity since I could remember. Many of my fond childhood memories spent with my yiayia were centered around going to church with her on Sunday and participating in various cultural customs leading up to important religious dates. My time was spent sitting in the front row of church, followed by Sunday school, then hot jam donuts from the market. I remember feeling (and still do) so proud to be a part of a community that unites all ages.

Whether it be Easter, δεκαπενταύγουστο, Christmas or the New Year, we Greeks know how to celebrate. The Orthodox religion is embedded in our blood with such celebrations uniting families and friends through dancing, food or social engagements. If we lose our faith, we lose sight of who we are as Greeks.

Growing up, these important dates on the Orthodox calendar were by far the best days of the year. I remember all my friends being jealous of the grand feasts we would put on and saying “I wish I was Greek”. Their wishes came true in one way or another as now many of our friends that attend these big celebrations are Australian. I know much of the older Greek generation has felt very privileged that our religious practices have been passed on to their children and grandchildren without discrimination and the need to assimilate into the culture on the land in which they currently reside. With changing times, the Greek church still preserves the Greek language, culture and traditions, which is why it is crucial to endorse our faith.

Whether you’re religious or not, I believe that acknowledging Greek Orthodoxy in some form is crucial for our future as Greek’s in Australia. If we lose sight of these doctrines, we lose our identity and most of all we forget the sacrifices that were made by the previous generation for us to be here.

Growing up in a Greek-Australian household, religion played a key role in our upbringing and influenced the decisions we made. Religious events such as Pascha, name days, weddings and more are held very close to our hearts. Important feasts such as Pascha and Christmas are both times where valuable family bonding is spent celebrating both the resurrection of Christ and the birth of Christ. From a young age, the importance of religion was always highlighted in the decisions that affected the way in which we grew up.

Religion was present in our lives every day. Whether that be lighting the καντήλι, blessing the house or doing our σταυρό before every meal at yiayia and pappou’s, it was always there. Our grandparents definitely highlighted the importance of going to church and how important our faith was to us.

In times of hardship faith is used to bring light into our lives and give us something to hope for. It is a way that we are able to make sense of the uncertainties we face and it used to guide us through periods of despair and misfortune.

The three words that best describe Greek family values are respect, unity and hospitality. Commemorating those grandparents that have passed is one thing that we value the most. We have always felt like their spirit is still with us and that plays a major role in mourning the loss of a loved one. Our παππούδες and γιαγιάδες are those who taught us what religion was about and the meaning behind it. It is evident that these values get passed on from generation to generation as religion has always been present in Greek culture.

In the Greek Orthodox Church it is a custom to name your child after a saint. On these name days there is a holy ceremony that is held to celebrate these saints and commemorate those who are lucky enough to be named after them. Name days are recognised as a more important celebration than our birthdays as we have been blessed to be named after a holy saint. The ways in which we promote some of our members’ beliefs at NUGAS is through our posts on significant cultural events such as μεγάλες γιορτές, where we reach out to our members to commemorate those who celebrate their name day.

Religion still remains extremely prevalent amongst us youth. We continue to go to church and follow the rules of the Greek Orthodox Church with respect and dignity and greatly encourage all Greek-Australians to take a moment and reflect on how much religion influences our lives and is linked with our identity.