How many countries in the world have Greek as their official language? 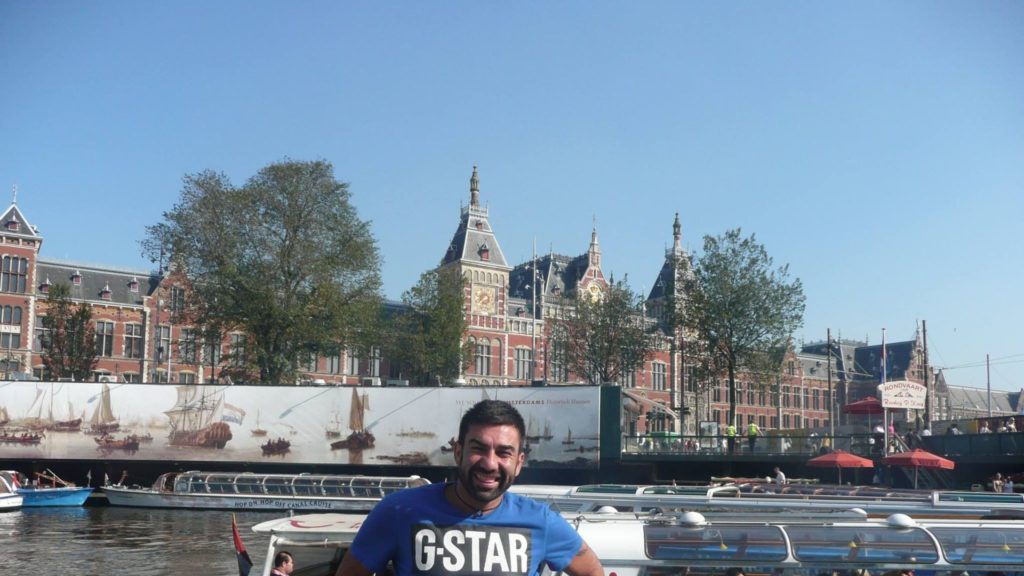 English has generally been my passport to access weird and wonderful places on our planet. In Argentina or Thailand for example, it helped me get by as I filled my belly, enjoyed local hospitality and got ripped off in the latter. Never really thought how I would fair if I didn’t speak English, until of course, I reflected on how many places I’ve been to where Greek, yes Greek, enabled me to not only travel; it allowed me to interact with locals.

Sitting at a café by the water, in Albania, I was able to order a frappe and meet the locals. I did this by using Greek. My version of it anyway, which is a mix of Lesvos dialect and Greek school dropout. The locals I met in Albania are Greek and Greek Orthodox, residing in one of a hundred towns or villages where Greek is spoken. In the Ukraine, where my Ukrainian is obviously non-existent and few people want to speak to me in English, it was Greek that helped as I visited a few of the dozens of locations where Greek is the main language. In Italy, my standard Modern Greek was enough to get me by in the towns where Greko and Griko are spoken. I could not speak Armenian in Armenia. That was no problem. I simply found the Greek community for a few days.

You see, Greek is a useful language. Even in Brazil, where I visited earlier this year, just as COVID-19 began to break out internationally, I spent time with Greek speakers. My Portuguese, well, it sux! I was grateful that the small Greek community existed, and my new friend Ana Marcia, who is not Greek by heritage, spoke to me in Greek. She is talented enough to have picked up the language from an old partner. In fact, she loves it more than anything when I speak to her in Greek. The only let-down being, that the two Greek restaurants we visited in Rio did not speak to me in Greek.

Why am I telling you all of this?

Recently, La Trobe University made an awful decision. Threatening Modern Greek Studies in a nation where the Greek language remains one of the top spoken languages and where Greek or Cypriot heritage exists in an estimated 500,000 people. I actually believe it is 600,000 as there are many people who are a quarter or one/eighth. Oakleigh in Melbourne may as well be in downtown Athens. The Wolverine for example has a Greek great pappou; Jason Gillespie, brilliant Aussie cricketer who is Aboriginal, also has some Greek heritage.

The language deserves to be preserved and taught and not because of the high number of Greek people in Australia, for there are other Australians and internationals who want to learn.

Greek was once the lingua franca across the Mediterranean, Balkans, parts of Africa and all the way to parts of India. It was the language of Alexandros, and the Hellenistic Era Greek speaking empires, the Byzantine Empire after 602 AD officially, and Byzantine successor regimes. It was the second language of the Ottoman Empire despite how our people were wiped out in the last few decades. It was also spoken extensively in Tsarist Russia. This gives you a hint at how widely this historic language is.
I recently asked my Facebook friends if they could tell me the countries and republics that these days have Greek as the official language. Everyone picked Greece and Cyprus, naturally. Anyone who picked occupied Northern Cyprus, sorry, but this belongs to Cyprus. When the EU and UN do their job and force the illegal troops off the island it will come under Nicosia again. Until then, this is not a country.

There is one more, which I will come to in a moment. Please don’t reach for your TV to watch Meraki TV or listen to the Greek radio, stay with me until I reveal the answer. Sas parakalo!
Albania, Armenia, Hungary, Italy, Romania, and Ukraine recognise Greek as a minority language. I can attest to that as I have been to all the Greek communities in each country. In Calabria and Apulia, Greko\Griko respectively spoken in many towns. I encourage you to visit in 2021.

READ MORE: Is this really the end for Australia’s ‘Greek University?’

Greek is one of 24 official languages of the EU, and was the official language of the Olympics until the French came along in 1896. A long-held myth or rumour tells us that the US held a plebiscite after the war of revolution to decide if Ancient Greek or English would be spoken there. A number of early presidents could speak ancient Greek, John Adams being an example. In fact to get into Harvard, all you had to do was speak Latin or ancient Greek. Imagine if Washington DC had this type of learning presently. I digress, there was no referendum as such, fake news. However, many people and legislators wanted Greek or another language that had no connection with the British. Scholar Charles Astor Bristed wrote in 1855

“It is still on record that a legislator seriously proposed that the young republic should complete its independence by adopting a different language from that of the mother country, [like] ‘the Greek for instance.’ But this proposition was summarily extinguished by a suggestion of a fellow representative (Roger Sherman, Connecticut, Congress and member of the committee that drafted the Declaration of Independence) that ‘it would be more convenient for us to keep the language as it was, and make the English speak Greek.

Greek was the dominant language of Alexandria until 1960, though I am unsure if it was official. Then president Nasser kicked out all the Europeans. One geographic quarter of Jerusalem is Greek Orthodox, again I was able to get by using Greek here, as I did in Palestine when visiting Greek churches. Greek sits alongside Arabic and Hebrew in a few places in Palestine and Israel, as well as English, making it easy to get around. Of course, being Greek was helpful to all sides in this region.

As for the answer to which other country or republic has Greek as its official language? It was in front of us all along. The Autonomous Hellenic Republic of Mt Athos. The location being Macedonia, Greece. The monks have their own independence, answering to His All Holiness Patriarch Bartholomeos I in Constantinople (Istanbul).

Today, Greek may not be the language that is spoken across most of the known world. It may not even be the dominant language of Melbourne anymore. It is however a language that remains spoken in many, many countries. La Trobe decision makers just need to take a walk to any Greek community around the world, or even to Oakleigh. I urge all readers, rather than spend an hour on social media today, take some of that time to write to La Trobe, to the federal government and any other decision maker. The Greek language is what keeps our community strong. Help keep it that way for centuries to come.

*Billy Cotsis is the author of 1453: Constantinople & the Immortal Rulers and has shot documentaries in Greek communities