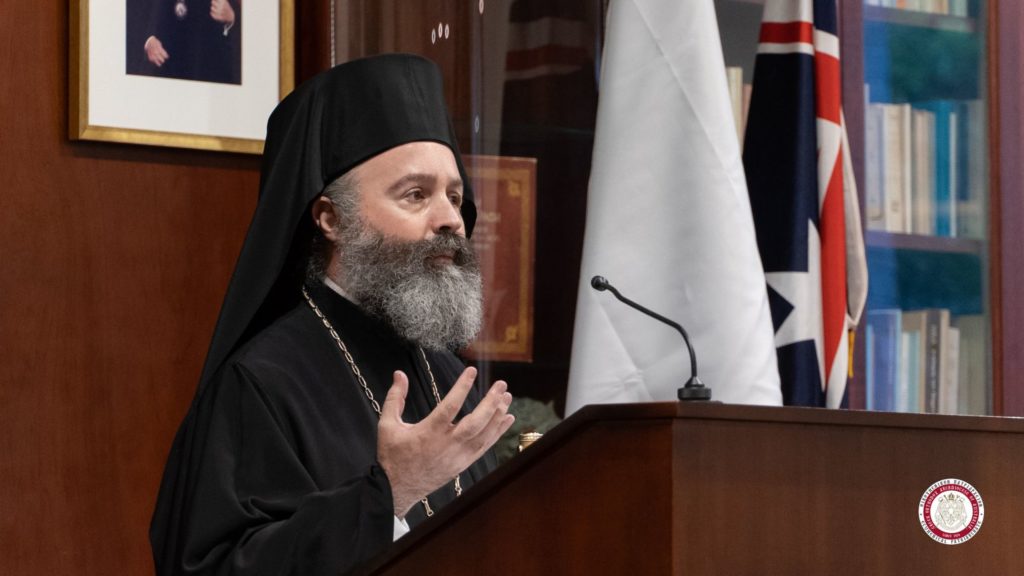 Archbishop Makarios of Australia praised the role of the Australian-Greek community in setting up International Greek Language Day. Photo: Supplied

Greek Australians had extra reason to celebrate yesterday as they had played a leading role in promoting the establishment of the International Greek Language Day, now in its fourth year, said Archbishop Makarios of Australia in a statement to mark the day.

“I have no doubt that our compatriots here in the Antipodes constitute the most dynamic part of Greeks abroad, and keep alive their relationship with the motherland, honouring the customs and mores, the traditions, the Orthodox faith and, of course, the language of our ancestors,” the archbishop said.

He said the Archdiocese was committed to “work for the conservation and strengthening of these strong bonds”.

“With the deep conviction that the Greek language constitutes a formative element of our identity, we have dedicated ourselves to the goal of defending and reviving it; a goal that is firmly and steadily served by our educational institutions through the capable teaching staff as well as by our parishes, through the care and concern of our good priests and the members of the church committees.”

READ MORE: Archbishop Makarios at the festivities for the 50th anniversary of the founding of St Nektarios Church

“Furthermore, it is served by occasional circumstances that warrant it, such as when our local Church led the fight to save the Greek Studies Program at La Trobe University in Melbourne.” the archbishop said.

The day was one of celebration not just for Greeks but everyone who recognised the fundamental role that the language had played in European and world culture.

“And, naturally, all Christians participate wholeheartedly, considering that the Greek language was the vehicle that spread the Holy Gospel and Christ’s Truth throughout the universe,” said Archbishop Makarios.

He said that the archdiocese would continue in its role to support the perpetuation of the Greek language in Australia.

“But we need the help of all our compatriots; to make this struggle a personal and family matter, in every household, in every neighbourhood, and in every corner on this fifth continent where the heart of Hellenism beats,” said Archbishop Makarios.

“My personal request, on this day, is for all of us to follow the exhortation of our poet, Kostis Palamas: ‘Hold high the banners for our mother tongue!’”