What the olive means to Greeks and Italians

Three times a charm: Channel 31 to premiere short docos on the Greko of Reggio 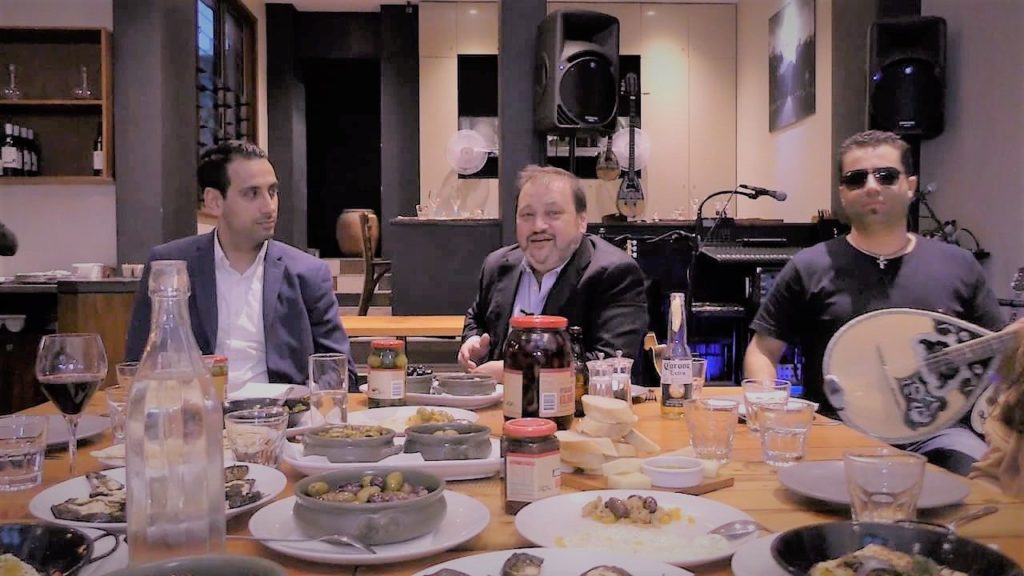 Mimmo Lubrano from Sandhurst Fine Foods talks about what Olives mean to Aussies and Mediterraneans. All photos: Supplied

Victoria’s Channel 31 announced that they will play two documentaries that author/filmmaker Billy Cotsis made with London/Adelaide resident Basil Genimahaliotis.

The first will be featured on Sunday, titled Magna Graecia: a Visit to the Greko of Reggio (Calabria), and it is the third documentary in their award winning Magna Graecia series.

Billy and Basil spent time amongst the Greko villages and towns, meeting everyone from the first Greek Orthodox priest from Calabria in centuries to the young Greko who are inspiring and keeping the language alive. The boys met Maria Olimpia Squillaci, who, along with her father and family, have worked hard with older and younger Greko to keep the language going. The Squillaci family from Bova Marina, is just one significant part of the Greko community. Across the three documentaries, viewers will meet a range of older Greko (and Griko in Apulia) and younger ones, such as the talented musician Danilo Pandelis Brancati, Eleonora Petrulli, Dr Manuela Pellegrino.

Greko and Griko has never stopped being spoken and never will as younger generations learn their language.

Mr Cotsis mentions that he met many of the Greko and Griko in 2002 originally. “Costa Vertzayias in Sydney, a real leader in Greek affairs wrote a book about the Greko. I used this as my guide. Also, Dr Panayiotis Diamandis from AHEPA NSW, they also sponsored two of the docos, gave me an article called, the Children of Magna Graecia. I read it and made it my mission to meet those listed in the article. Thanks to Panayiotis and Costa, I came to Italy,” he said.

One of those featured in the article was Carmelo Nucera, originally from Condofuri, Calabria. Billy and Carmelo have maintained a friendship for two decades. Carmelo’s Circolo Culturale Apodiafazzi feature in this third documentary, which also included the late and brilliant Greko poetess, Francesca Tripodi, originally from Roghudi.

“We met her in Reggio, where my old friend, the writer, Pat Porpiglia, helped with some translating. I met Pat via Carmelo in 2002! Anyway, she was amazing and the gateway to information from another time. Her family have all these documents from decades ago. Her son and friends continue her legacy, as the language is spoken in several neighbourhoods in Reggio city.”

The other film that Channel 31 will play is An Olive Tale Roundtable.

This is the third part of a stunning mini series which takes us to Apulia, Amalfi, Sicily, Lesvos, Peloponnese and Sydney, led by Italian-Australian, Mimmo Nucera.

Mimmo is well known as an occasional rock star as part of a band, CEO of Sandhurst Australia and a love of olives. His passion for Italy, Greece and olives comes through in this two part show, that will leave you yearning for this part of the Mediterranean and all of the produce that stem from the olive tree. The produce such as olive oil, olives of different varieties and health products bring workers, families and regions together, as you will see on the show.

Mimmo leads us on a 20 minute round table discussion between Greeks, Lebanese and Italians. His knowledge is something akin to Aristotle. He knows olives, what they mean and how they form a part of our lives, daily.
Originally, this was meant to be used to help prop up the main episodes of the series. However, what Mimmo literally brings to the table meant that it deserved its own stand alone film/episode.

Mimmo and his friends explore the fascinating history of olives stretching back to ancient times. The series takes a look at the nutritional elements, culinary delights, health benefits, religious uses and beauty products as well as commerce of olives, how they are farmed and then prepared for consumption.

READ MORE: November is the month for the Greece’s olive harvest Billy and Pat in Reggio talk about Circolo Culturale Apodiafazzi. The show’s producers include Meraki Tv’s Ana Sevo, Mr Cotsis and some additional support from Genimahaliotis. A number of sponsors helped get these off the ground, with Sandhurst Fine Foods, M&J Chickens, Greek Bilingual Bookshop, CV Lawyers, Hellenic Art Theatre and a number of others contributing.

For lovers of Italian and Greek culture, these two presentations are a must.

Channel 31 Melbourne will debut both short documentaries from 9.30 pm this Sunday, 21 February

Billy Cotsis is the author of 1453: Constantinople & the Immortal Rulers.