The 1821 spirit burns bright in the diaspora: Greek Australians point out how 25 March is still relevant today 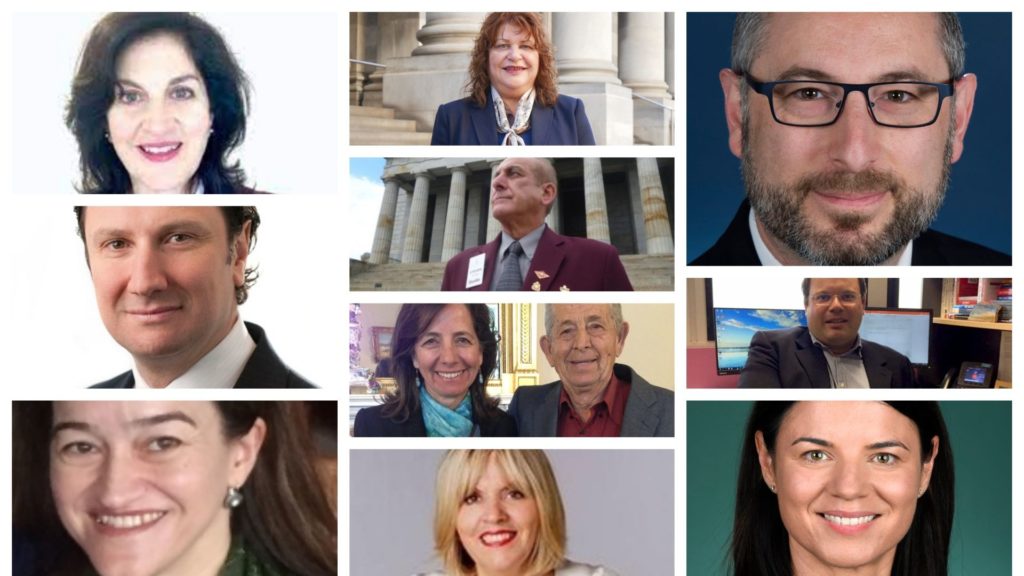 Independence, resistance, heroism mean different things to different people at specific periods and places in time. Neos Kosmos reached out to members of the diaspora to gauge how the Greek War of Independence has shaped their identity and what it means to them 200 years on.

We asked: How is the 25 March celebration of Greece’s Independence still relevant to Greeks today?

1821 is a reminder that the road to freedom is not an easy one and is paved with sacrifice. 1821 is the beginning of a long journey. As a proud Greek Australian – who counts amongst his ancestors ‘orphans of the Revolution’ – I see in the commemoration both as the seminal moment in Greek nationhood, but also as the beginning of the Greek Australian community – whose first recorded beginnings took place in 1829, the last year of the Revolution. 200 years on, both Greece and the Greek Australian community are rightfully proud of their incredible achievements and their nation-building journeys. Incidentally, 2021 also marks the 80th anniversary of the Battle of Crete, which saw Greeks and Australians fight side by side, once again, for the cause of freedom.

Like many first generation Greek Australians, I grew up in a household in Melbourne with old traditions and a very fierce patriotic Greek father who instilled great pride in us for being Greek. In our upbringing there were lots of stories of how the Greeks won the war and gained independence from Turkey (the Ottoman Empire) in 1821. Some of the stories were passed down generations and told to us like it happened yesterday; so the pride runs deep in our veins and the stories vivid in our minds. My father ensured we appreciated the hardship that Greeks endured during the occupation, and how we conquered through strength and unity. It is the essence and spirit of the stories that have stayed alive in our hearts. Independence Day signifies strength, freedom and peace for Greeks through this historical event to ensure the spirit of our ancestor’s lives on.

READ MORE: Watch a little girl’s fitting tribute to the 25 March anniversary for Greek Independence with a walk for one

The relevance when considering the commemoration of 25 March and by extension the War of Independence extends well beyond Greece and its borders.
The telling of the stories of that uprising leads one to reflect on the net result being a Modern Greek state that is a cosmopolitan and ever increasingly multicultural corner of the world that forever feels like home to me and the many Greeks throughout the diaspora like me.
Commemorating its heroes and the stories that surrounds them is relevant in that it is the starting point to a story of the birth of a Modern Greece that is as beguiling as ever.

There is a common perception that Greeks are individualistic, disorganised and chaotic. There can be no doubt that The War of Independence has been a strong unifying force in modern Greek society.
25 March, in that regard, represented a vital element that has shaped Greek identity which is as important today within Greece but also amongst diaspora Greeks.

History records that 25 March 1821 is the most significant event in Greece’s history, as we this year celebrate 200years of Independence from the Ottoman rule. For 400 years the Greek people suffered as an Independent Nation and as we also know, Greece went through other wars Many Centuries ago, such with the Persians, but certainly the uprising of the 1821 is and will remain the most historical event for all of us.
* The Hellenic RSL Melbourne will Commemorate this historic Day on Thursday 25 March, with a wreath laying ceremony at the Australian Hellenic Memorial at 12.00pm. Over 30 Organizations will participate in a wreath laying ceremony to commemorate this special historic event. Everyone is welcome to attend.
Steve Kyritsis is a Vietnam war veteran, an author and the President of the Hellenic RSL.

If a sea of the Blue and White conjures up shivers of pride and identity, deeply rooted in family history, and played out through the generations in our contemporary life, then there is an absolute sense of relevance in today’s Greek Australia. We are who we are as individuals families and community because of the liberty afforded to us from the strength and resilience of our ancestors, for their victorious Independence 200 years ago. Eleutheria or Thanato! Courage of Bouboulina! Filotimo and filoxenia! Worthy of celebration and commemoration.

The struggle of the Greeks for a common ideal – freedom – still holds important lessons for us today. The recent mobilisation of the whole community to preserve the last remaining tertiary Greek Studies program in Victoria is a fitting tribute to the spirit of 1821. Our struggle was not fought against an ‘enemy’ as such, but it was equally significant in the sense of maintaining language and identity. The united effort of the community and its supporters demonstrates a steadfast commitment to a multicultural and multiingual Australia and the realisation that, with unity, anything is possible.

The relevance of the 25 March 25 celebration of Greece’s Independence encapsulates the notion of historical memory that drives the past, the present and the future of the Greek nation. I believe that knowing what happened during these difficult times and using the figures and the heroes of the Independence as examples, allows the cultivation of ethics, perseverance, national pride and the preservation of values. I reckon that the relevance of the celebrations for the Independence is also translated to political independence, freedom of choice and empowerment of the religious spirit. What is important to remember is that the Independence was successful due to the collaborative spirit and attitude and the fact that all personal differences were left behind and the focus was on the common goal. For me this is the biggest lesson: true faith and contribution towards a common cause. When Greeks are united and inspired they can accomplish great achievements. We should never forget that.

25 March is synonymous with the struggle for independence and freedom and is of relevance to us Greeks. Sadly, as Greek women in 2021, we are still fighting against white male supremacy, colonialism, patriarchy, sexism, racism and toxicity to name a few of the barriers that hold women back. The bicentenary provides an opportunity for deep reflection, learning and action! History has not been inclusive of women’s stories. Although we may have learnt about Bouboulina, Manto Mavrogenous, Souliotisses, and Messologitisses, less privileged women’s voices have been absent. In light of this, our online seminar series “Her voice, Her missing voice” gives a voice to the unsung heroes and commemorates 20 years of Food for Thought Network in tandem with the War of Independence. We can certainly draw on the lessons of courage, survival from our women fighters past and present. These are the values and characteristics that will help us to progress as women in our multicultural world.
“Ψυχή μεγάλη και γλυκεια
Μετά χαράς στο λέω
Θαυμάζω τις γυναίκες μας και στο όνομα τους μένω»
Ελεύθεροι πολιορκημένοι Διονύσιος Σολωμος

On 25 March the Greek Community will celebrate Independence Day. A commemoration of the start of the War of Greek Independence in 1821. It symbolises our heritage and desire to be free from Ottoman Rule and values of freedom and respect continue within the community to this day. In Sydney, the Greek community are widely respected and as a woman of Greek heritage myself, I am proud of how far our great country has come.