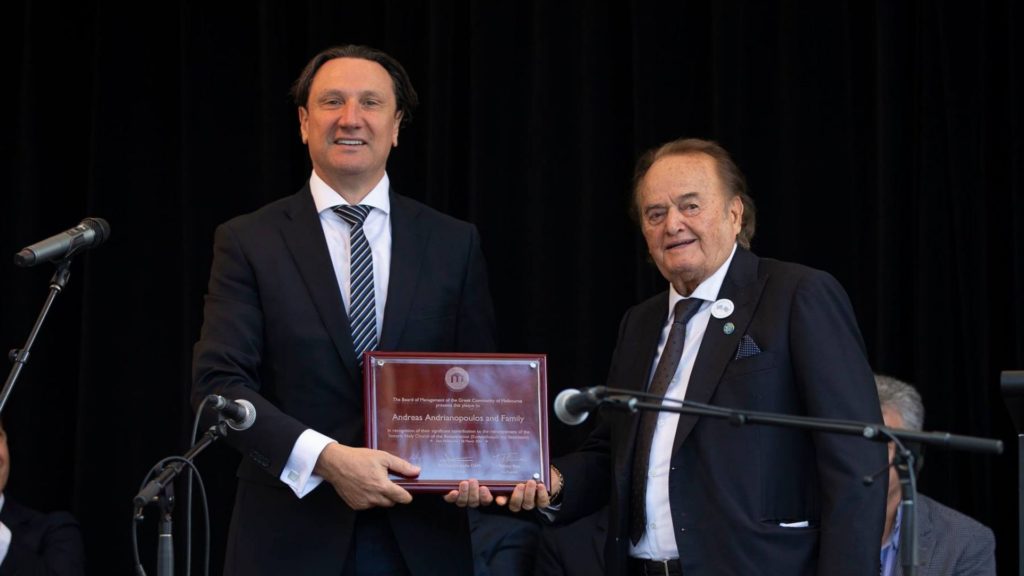 Sunday 28 March, saw over a thousand of people flock to Lansdowne Street in East Melbourne to help the Greek Community of Melbourne commemorate the 200th Anniversary of the Greek War of Independence.

The celebrations took place in the shadows of the historic Evangelismos Church which was devastated by fire in 2016.

The event’s program included horses, flintlock shooting, re-enactments and dancing but also included a welcomed and much needed surprise from the Greek Community Benefactor and his family.

As the Greek Community President, Bill Papastergiadis OAM was giving his speech, he announced a significant donation by Andreas Andrianopoulos and his family towards the continued reinstatement of the church.

READ MORE: Update: Fire has been extinguished at the Evangelismos Church

“They have been generous with the community on so many initiatives. My friendship with all the Andrianopoulos spans many years and extends to all of Andreas’ sons. Special thanks to Chris and also to Con Xindaras,” he said.