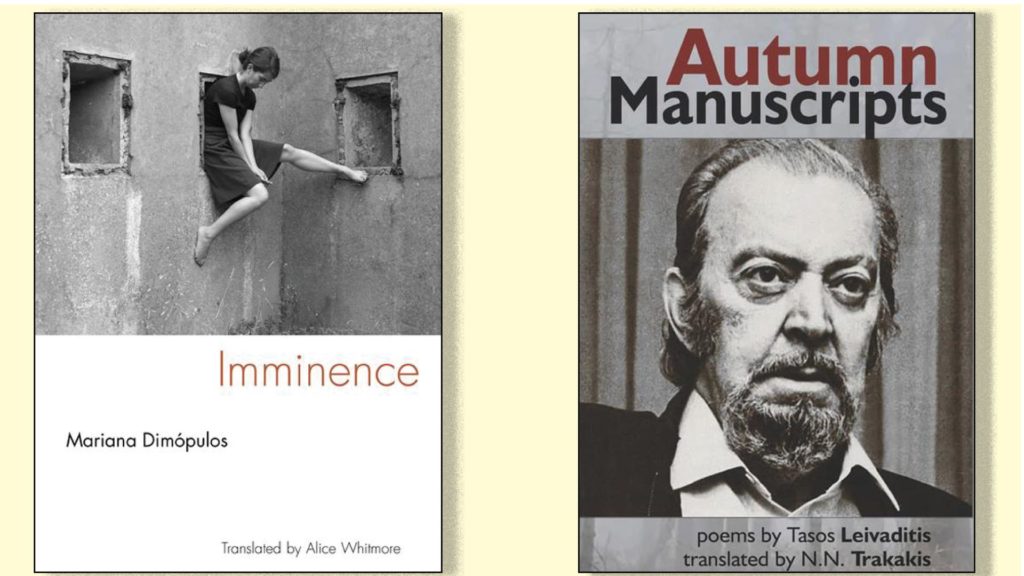 The translators of two Greek books are the joint winners of the New South Wales Premier’s Translation Prize for 2021: Alice Whitemore for her work on Mariana Dimopulos’ novel “Imminence” and NN Trakakis for his translation of the last anthology by late poet Tasos Leivaditis, entitled “Autumn Manuscripts”.

The $30,000 prize is offered every two years and was proposed by International PEN Sydney Centre and is funded by Multicultural NSW.

Organisers said the prize was intended to acknowledge the contribution made to literary culture by Australian translators and was a recognition of the “the vital role that literary translators play in enabling writers and readers to communicate across cultures throughout the world.”

The judging panel, Beth Yahp (chair), Mario Licon Cabrera and Josh Stenberg praised Mr Trakakis’ translation of “Autumn Manuscripts” for being: “… fresh and mobile, making this a book to return to over and again, to be startled anew by the sincerity of its strangeness, and soothed by its deep, sweet, coming to grips with death”.

READ MORE: A work of Greek Australian literature gets a second life, through a vibrant translation

They described “Autumn Manuscripts” as “Arresting in its imagery, sure handed of tone, the ‘Manuscripts’ discover eternity in anything, in urban minutiae, in the flotsam of dreams: a woman at a pier, the stripe on a stationmaster’s hat, father’s lapel marigold.”

The judges said that “Imminence” by Mariana Dimopulos it was “Elegant and precise, this work is subtle in its intrigue, offering readers the freedom to weave their own conclusions as they retrace the woman’s life over 20 years: her lovers and friendships, a country cousin, mathematical formulae, deserts.”

In praising Ms Whitmore’s translation they said: “Through a dexterous mix of dreamlike, real and delusional emotions and atmospheres, this fluent translation superbly conveys the peculiar and economic use of the writer’s language and style.”

The four other translated works on the shortlist were “Travels with a Writing Brush: Japanese Travel Writing from Manyoshu to the Basho” (translated by Meredith McKinney); “This Tilting World” by Collete Fellous (Sophie Rebecca Lewis); “Sergius Seeks Bacchus” by Norman Erikson Pasaribu (Tiffany Tsao); and R”ussia Washed in Blood, A Novel in Fragments” by Artyom Veryoly (Kevin Windle).