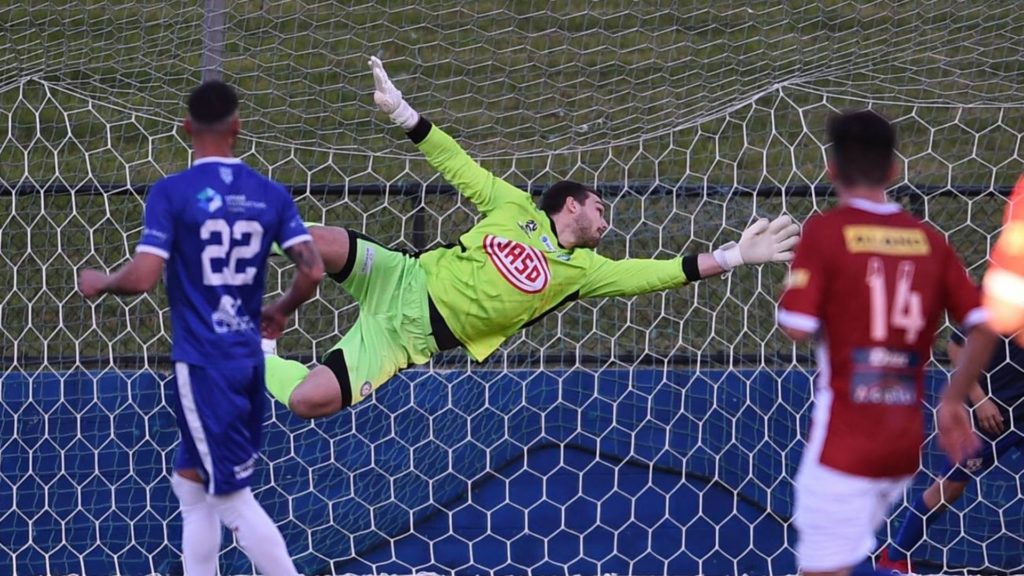 Sydney Olympic were defeated 3-1 by traditional rivals Sydney United away at Sydney United Sports Centre after a stellar second half display in the 12th round of the NPL NSW.

This is Olympic’s second defeat to United this season, having gone down to them 1-0 in the previous fixture. The loss means that Olympic stay on 16 points and fall to 6th place, three points away from the top four.

It was a match of two halves with the first producing no genuine attacking chances for either team and the second producing plenty.

The second half began promisingly for United. In the 48th minute, advancing left-back Christian Gonzalez had a strong left-footed shot saved by Olympic goalkeeper Chris Parsons.

In the 57th minute, United defender and captain, Adrian Vlastelica, struck the ball from outside the box with his left foot which sailed past Parsons and the Olympic defenders, giving the home side the lead.

The visitors responded with a good chance in the 61st minute when Olympic midfielder Brendan Cholakian sent an over-the-top ball to his teammate Fabio Ferreira, whose shot was saved by United keeper DanijelNizic.

The home side made an inspired substitution, bringing on forward Chris Payne who played a huge role in United’s next two goals.

In the 72nd minute, United striker Patrick Antelmi sent a cross into the box which Payne coolly headed past Parsons to double his side’s lead.

A minute later, Payne turned provider when he pounced on a loose ball and passed to Antelmi who wrong footed goalkeeper Parsons and calmly hit the ball into an empty goal, giving United a 3-0 lead.

Olympic offered a little late resistance when substitute Mohamed Adam scored a fantastic goal in the 85th minute, cutting in from the left and smashing the ball into the bottom right corner.

United held on for the rest of the match, gaining the victory and giving Olympic their sixth loss of the season.

The Blues’ next league fixture is on Sunday 23rd May where they will face cultural rivals Rockdale Ilinden at Belmore Sports Ground.