Love conquers lockdown: Brides and grooms whose passion was greater than the pandemic John and Georgia (L), Alexandros and Despina (middle) and Shaun and Artemis (R) took the risk and got hitched during the pandemic. It was turbulent, but then again, so is love.

The bitterness of Melbourne’s fourth lockdown which kicked off at 11.59pm on Thursday has been a hard pill to swallow, especially for those who had to cancel plans.

Those feeling it the hardest are brides and grooms who had planned to get married this weekend – especially those who had cancelled their plans last year as the pandemic raged.

Some of these brides and grooms scrambled to tie the knot ahead of the latest ‘circuit breaker’ lockdown, with Fr Evmenios Vasilopoulos, the Archdiocesan Vicar of Northcote telling Neos Kosmos that the winter season is not usually chosen for weddings, however some of those which were set to take place on the weekend were rushed for Thursday ahead of lockdown.

One such case was that of Alexandros Espozitos and Despina Varsami who got married at Sts Anargyri Church at Oakleigh – finally, after disappointments last year which lead to scrapped wedding plans at the start of the outbreak of the glboal pandemic. In fact, the couple rescheduled a few times until a date was finally set for 29 May, 2021.

Spyros Espozitos, father of the groom, told Neos Kosmos that it looked as though “the wedding would finally take place on Saturday, but nobody expected such a turn of events”.

His wife, Nina, agrees. “The anxiety we all felt, especially that of the children all these months, cannot be described. There was question of another postponement,” she said, explaining why the couple decided to move the date just ahead of Thursday’s night’s  lockdown, and bringing forth the day to Wednesday.

The bride, Mrs Espozitos, called the reception hall in the morning before Victoria’s lockdown was announced.

“On Wednesday, we called the reception hall to discuss the options we had,” she said. “They said we could either get a refund, or postpone the wedding for July. Without thinking too much about it I asked if we could to do it the next day (Thursday). They agreed and I gave them the green light.”

On a spur of the moment decision, without even asking her husband-to-be, a date was set.

Phones began to buzz, and within 24 hours, relatives, friends, a wedding cake, photographer, limo, hair, nails, make-up and a whole list of wedding plans came together.

“The wedding was exactly as it should have been, but just two days earlier,” said Mr Espozitos, the father of the groom, who was glad that after 11 months of postponements and anxiety, the wedding finally took place though the young couple will have to postpone the honeymoon originally planned for Queensland.

The groom was overjoyed to finally be married to the love of his life. “We don’t care. It’s enough that we got married, and everything else will happen in due course.” 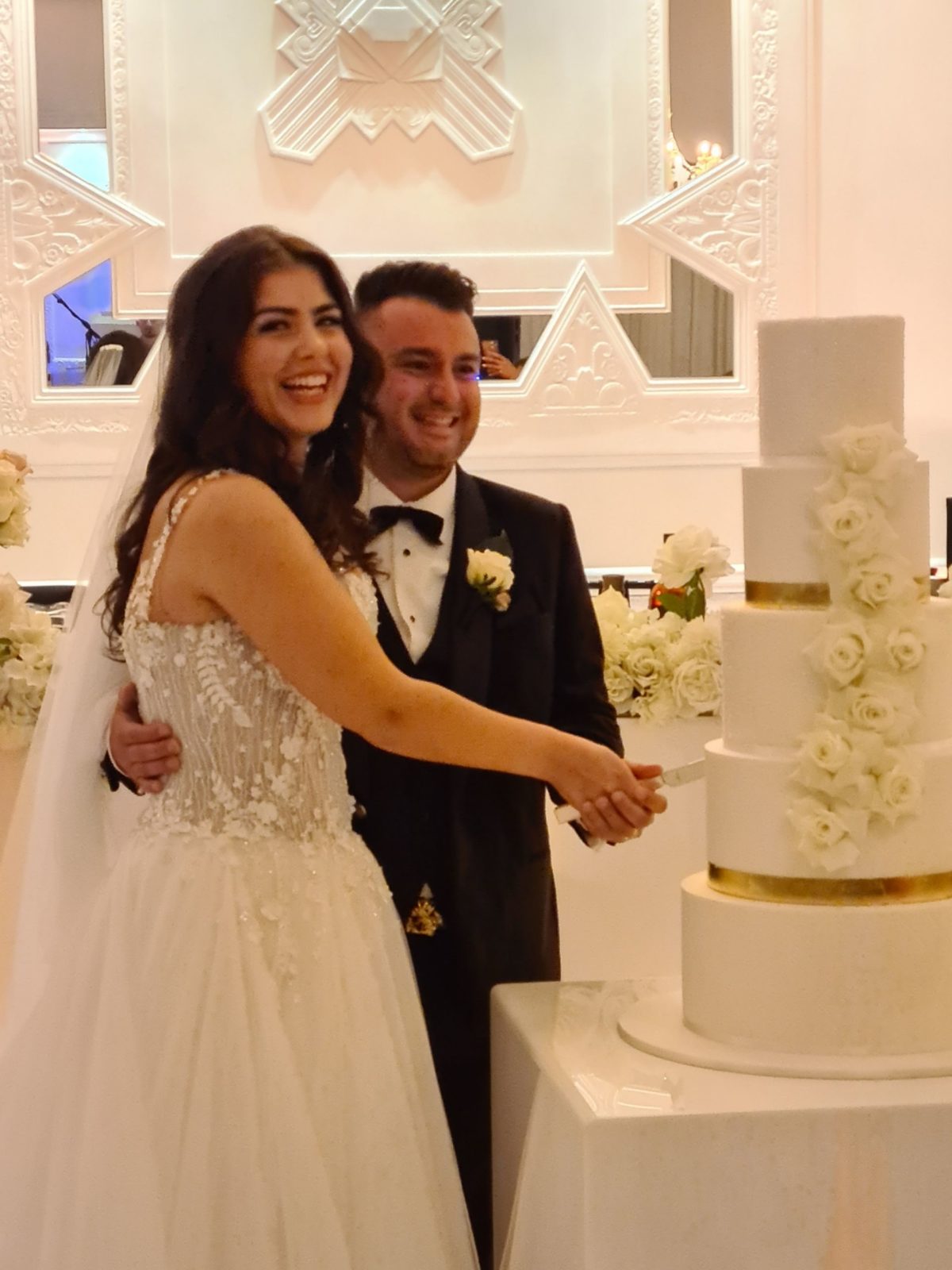 They changed their wedding date, without missing a heartbeat! Photos: Supplied 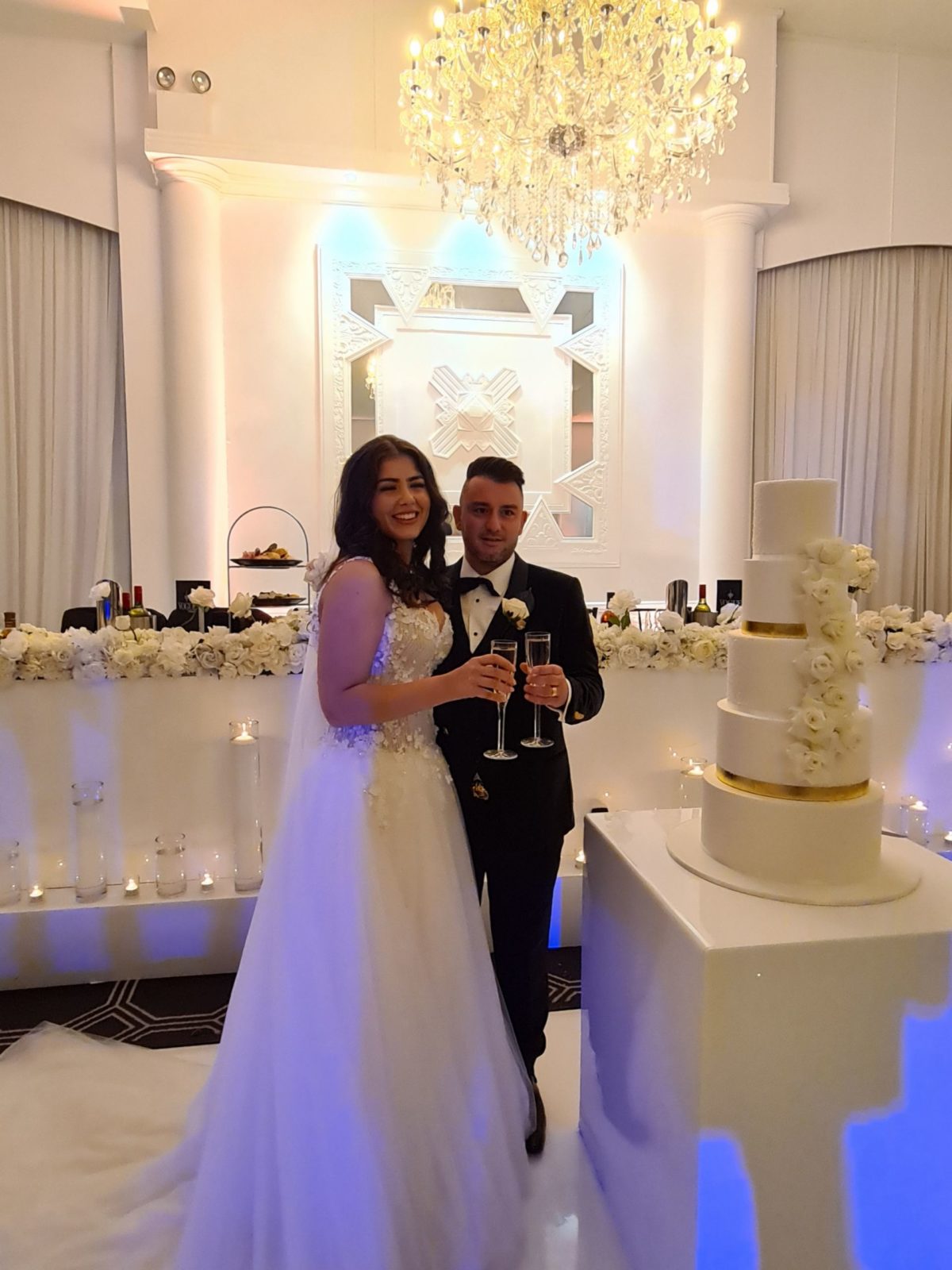 On Sunday 23 May 2021 at 1pm, John and Georgia tied the knot, united by faith, love, and strength of character.

The wedding took place at the Greek Orthodox Church of the Transfiguration of Our Lord in Thomastown, and the couple were surrounded by family, friends, and invited guests on their big day.

With a pandemic in the backdrop, there was uncertainty, especially bearing in mind that 7 June, 2020 had been the original wedding date before the event was then pushed to 4 October, 2020 and then cancelled again due to lockdown restrictions.

It seemed a miracle in itself that the wedding finally took place on 23 May, just before further restrictions and a fourth lockdown for Melbourne was announced.

In the midst of such obstacles loomed uncertainty, angst, and many unanswered questions setting forth a long and seemingly unending journey.

With the pandemic causing problems to many couples, with relationships ending and marriages breaking down, John and George stood steadfast – determined and confident – never losing hope.

Topped by a glorious Autumn sunny day it all led them to the Big Day that set the scene for a day instilled by the power of virtue and faith, conquering the many obstacles that the COVID-19 lockdown and a pandemic had brought. The show went on with eyes fixed on an astonishingly beautiful bride dressed in an ivory satin full gown, a groom just as beautiful as the bride, and a stunning bridal party of 16, headed by best man Laz Vogdanis (brother of John), and maid of honour Christina Panayidis (sister of bride). 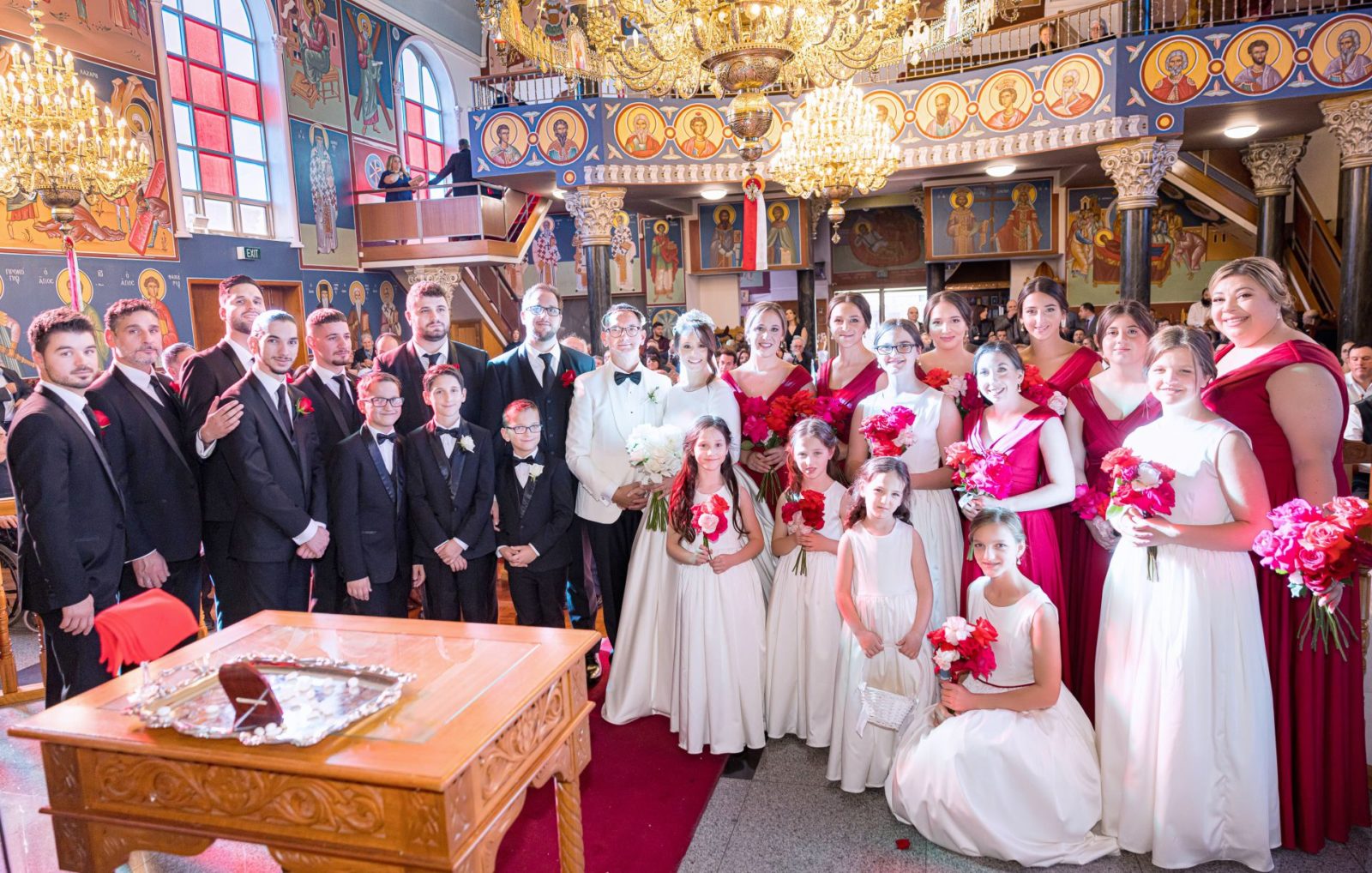 Artemis and Shaun Barker are another couple who battled a multitude of issues before they could climb the steps of the church.

On Saturday, 21 May, at Carlton’s St John’s Orthodox Church, about a year and a half after the original date and after two postponements the couple was able to seal the deal.

The bride’s father, Nikos Volos, shared that the couple was set to get married in February 2020.

One week before the wedding, the San Remo Ballroom had caught fire leading the newlyweds to postponement the event the first time.

“The children panicked, they started looking for a new place, they finally succeeded and the wedding was postponed to 9 May, 2020. But then the lockdown happened and the rest is a well-known story,” Mr Volos told Neos Kosmos.

With the hope of getting their magical day underway, they set their sights on the date towards the end of May 2021, but time still seemed to be frozen in place.

“We had the wedding dress and the bridesmaids’ dresses here at home for so many months and we saw them in the room and said: ‘Aman! When will the wedding take place?’,” Mr Volos said.

“Fortunately we caught up and did it before we were locked in again.”

Close to 200 relatives and friends came together to join the couple on their happy day.

The bride’s parents, Nikos and Litsa Volos, both from beautiful Mytilene, made an impressive entrance that moved everyone, dancing the traditional sirto “Ta xyla”, a trademark of their island.

The groom’s 95-year-old grandfather brought smiles to the faces of the guests by saying that the bride “gives the best hugs”, whilst jokingly warning his grandson that if he were 70 years younger he would be “competition” .

The newlyweds made it just in the nick of time to their honeymoon in Cairns before Melbourne’s seven day snap-lockdown. 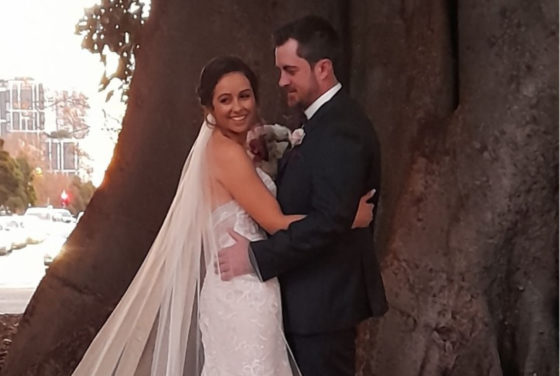