Stepping up to seniors: Q&A with South Melbourne’s Kiara Hronopoulos 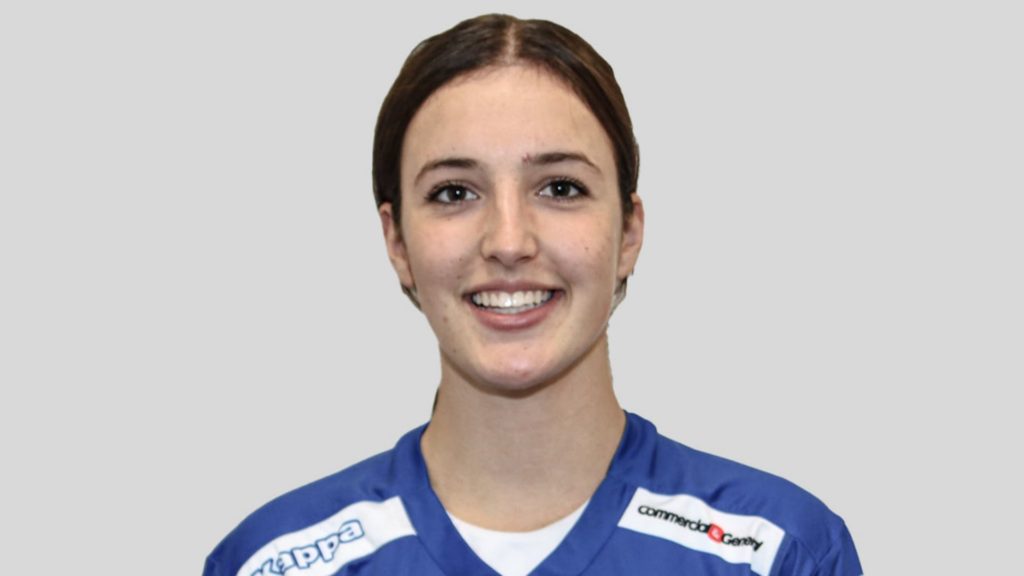 The young centre back is deeply entrenched in the world of football, having followed in the footsteps of her father and brother. Now she’s paving her own way.

“My dad’s always been heavily involved with the clubs. He was president of the Caulfield Cobras,” Hronopoulos told Neos Kosmos.

“I started at the Oakleigh Cannons with my brother and my dad was coaching him there. Then I moved to South Melbourne where I played for two years, then I went to the Caulfield Cobras and NTC for four years and then back to South. This would be my fourth or fifth year.”

Being the youngest on the senior squad means that it will take some time before Hronopoulos becomes more featured player on the roster, however she’s using the time to learn some new skills across different positions on the pitch.

“I enjoy centre attacking mid, that’s a number 10 position. I love it. I think that it’s good because you can go forward but then you can also come into defense. Whereas now my coach has been playing me centre back which is not my best position. It’s a lot of defending and I just want to go up and shoot goals,” she said.

I’d definitely say my brother. I would always go and watch his games rom a young age. My dad kind of pushed me to start, but I was always going to the games even when it was freezing cold in winter.

I was about four, he was about eight. I definitely got it from my brother, watching him and that’s how I fell in love with the game. I played many other sports like footy and netball, but I didn’t really like those. I don’t know why, but I think I just really fell in love with soccer.

Probably listening to music. I just chuck on my favourite songs and I like to stay organised when I get to the ground. I have everything set out really nicely because it helps keep a clear mind.

I really like house music or Justin Bieber. Gecko Overdrive by Oliver Heldens, Wish You Were Mine by Philip George and Beauty and a Beat by Justin Bieber.

Probably that it’s all at a high intensity. It’s a 90 minute game so you have to stay fit outside of training to be able to get through the whole game. If you’re unfit and you’re not doing anything outside, you let down your teammates if you’re not up to that standard. It makes it difficult to keep running for the entire game and you might have to be subbed off.

I won nationals for NTC when I was 13, I think it was the first time in like 20 years since we last won. I made the School Sports Victoria teams three times and we won twice, two years in a row when I was in years five and six.

We won the league in 2018 with the under 19’s team at South Melbourne, that was great.

It’s kind of my only hobby since I’ve been at school. Whenever I come home, it’s the base of all our conversations in my family. I’d say it’s always there, it’s heavily impacted me. I think it’s kept me fit, it’s definitely made me become independent and confident in life in general.

It’s always been there, especially being Greek football is a big sport for us so I think it’s impacted my life to a large amount.

That staying humble is the best thing, even when there’s setbacks. Learn to move forward with them and be patient because success with come with time. I’ve also learnt confidence around other people and social skills. I’ve made many friendships throughout the years of playing.

I’d like to be a full-time senior for South Melbourne. There are many older players in the team that have been there for many years, so by next year I’m hoping I can be on the senior roster from the start of next year and get some good game time.

I think I can keep it up to a good standard in each position, but I’m definitely versatile I would say. I’ve had many people like coaches telling me that.

I like to listen to relaxing music to get me out of the zone because I can get consumed by the game. Even after school, because its training five times a week, four times a week with the game.

I just like to take a complete break, maybe see some friends or family and go out for dinner.

Probably finishing year 12 and not having any school. I’m really looking forward to just focusing on soccer because I find when I’m playing and have that school stress I get really distracted and I’m not as passionate as I want to be.

During the holidays I’m completely focused on soccer because I have no schoolwork so that’s what I’m looking forward to the most.

I think it’s hard playing sports as a girl. I’ve grown up playing with boys up until I was 12 years old and I think girls can do it too. As long as you stay humble and driven towards sport you can achieve anything.

I want to be known as the person that put in 100 percent effort and always stayed humble.

Probably that we can’t compete with boys. I’ve competed and kept up with boys as far as skill goes. We do really well against them. I think that we can compete to a similar level and be physical and keep up with them.