“A recipe for Daphne”, a novel of nostos, huzun and longing 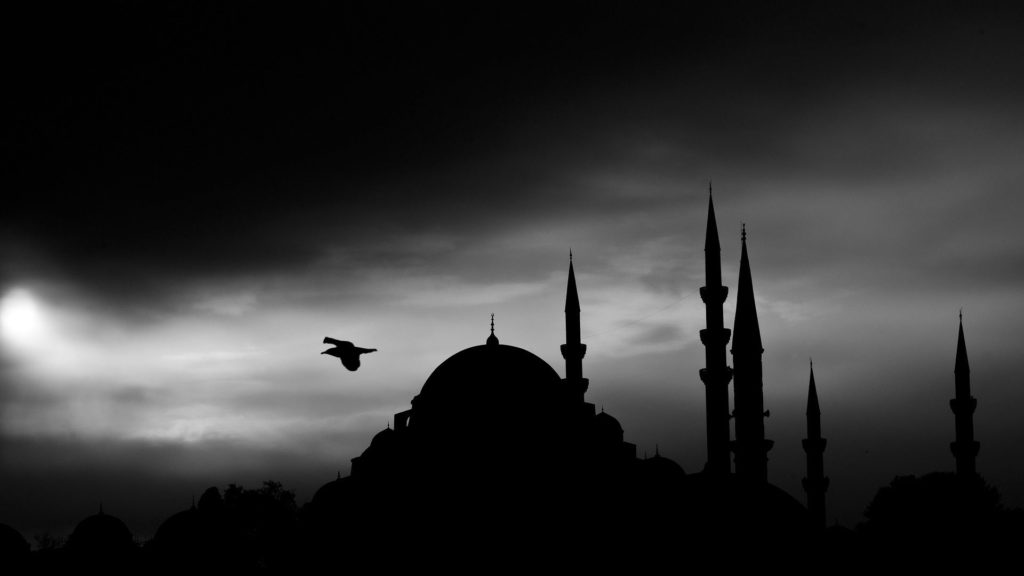 How can you feel nostalgia for a place you have never lived in? A neologism, in the Greek language, the word was first coined as a medical term in 1688 by Swiss medical student Johannes Hofer. Expertly, he joined the word νόστος (homecoming) along with another Greek root, άλγος meaning pain, to describe the psychological condition of longing for the past.

Daphne, the main character of Nektaria Anastasiadou’s expertly crafted, recently published first novel, “A Recipe For Daphne”, effortlessly but artfully embodies the complicated relationship we have to place, past and identity. American-born but of Constantinopolitan background, she experiences her own nostos, or journey home, travelling to Constantinople in order to search for her roots. It is as if, despite her own upbringing in a different continent altogether she has always belonged in the City, even if that city now bears little similarity to the place her parents left behind, and her travel there, constitutes a return, negating her parent’s migration experience.

In the City, Daphne meets a complex array of characters who embody the concept not only of nostalgia but also of hüzün, a term which in modern Turkish refers to the pain and sorrow over a loss, and which Nobel Prize winning author Orhan Pamuk considers to be a sense of failure in life, lack of initiative and a tendency to retreat into oneself, symptoms quite similar to melancholia which pervade all inhabitants of the City. That sense of loss, of gaping lacunae in the social fabric, is palpable in “A Recipe for Daphne.” The novel is peopled with characters who are veritable ghosts of the past, people whose lives were so marked by events such as the traumatic pogrom of 1955 that they scarcely developed further, instead lingering in stasis, even as society around them, excluded them, ignored them and finally almost forgot them altogether.

Indeed, there is an anti-Proustian quality to Anastasiadou’s work. If Proust experienced a “Madeleine moment,” a sub-component of memory that occurs when cues encountered in everyday life evoke recollections of the past without conscious effort, in “A Recipe for Daphne,” his opposite counterpart is master pastry chef Kosmas who as the narrative unfolds, is consciously attempting to recreate the recipe of a lost Ottoman dessert, the memory of which belongs not to him, but to older members of his community. Somehow, restoring the past constitutes a sub-conscious imperative of healing, which is why memory, and the pain of absence, forms the spinal cord of this remarkable story.

Despite the emphasis on loss and memory, “A Recipe for Daphne” is light and fast paced. The characters peopling, or rather haunting the discourse, for all their sublimated trauma, are lively, humorous and endearing. From Fanis, the cheeky ageing, chivalrous Casanova who falls head over heels for the newly arrived Daphne because she reminds him of his fiancée Kalypso, who as we discover met with a tragic end as a result of the 1955 pogrom, and who ends up courting a Jewish student, to the Metropolitan, who instead of lamenting the loss of a once large congregation and the haunting silences of empty churches, prefers to fill them with the melismatic cadences of Byzantine chant and gentle teasing, to the boisterous Aliki who is described memorably as “a sweet but unsightly Rum widow”, to the neurotic Rea Xenidou, mother of Kosmas, all these characters, while nursing wounds that refuse to go away, bear their burdens stoically, ebulliently, and most importantly, carry on living and making lasting contributions to those around them, even as the rest of the world appears to have passed them by.

One does not need to have lived in the City in order to understand the intricacies of its communities. Like the Constantinopolitans themselves, the reader is welcomed as a friend and intimate companion and is immediately granted access to its labyrinthine network of relationships, experiences, social mores, lost dreams, forlorn hopes and aspirations for the future, through character portrayals that are, especially if one belongs to a diasporan community, eminently relatable.

I have only spent the briefest period of time in Constantinople and that, in an area long bereft of Greeks. Yet, the world that Anastasiadou weaves is one that I have known my entire life, as is its sense of life-affirming melancholy. Every time I drive through the streets of the Melburnian suburb in which I grew up, passing by the gentrified homes of beloved and larger than life compatriots who have long departed, remembering the vivacity of entire communities re-creating the life of the village they left behind in just a few streets, or watching the curtains move behind windows of old decaying, unmaintained period homes of those elderly ghosts of that era who still linger, lone and forgotten islands in localities that no longer acknowledge or even register their presence, let alone remember their sojourn, I carry that hüzün with me, trying valiantly like Kosmas, to resurrect speech patterns, gardening techniques or culinary delights that have lapsed into oblivion. But then again, that is one of the main attributes of Constantinople. It is the perennial archetype for the urban experiences of Greeks, wherever and whenever they reside.

Perennial is the operative word here, because “A Recipe for Daphne” is ultimately a triumph of endurance and of hope for the future. The complex love stories that entwine the lives of Anastasiadou’s unsuspecting and often unwilling protagonists resist the soppy and the predictable. They are, just like the Constantinopolitans themselves, complicated, nuanced, ambivalent and thoroughly human. The climax of the story has us questioning the fundamentals of identity itself and where we seek it: in the past, in a particular place, in ourselves or in others. In this remarkable novel, Anastasiadou, by open-heartedly sharing the stories of her people and without preaching, provides a blueprint for the continued existence of a beleaguered community that has long been written off by the dominant discourse.

The filmic quality of the scenes the author evokes cry out for serialisation on screen. The customs and attitudes of her protagonists are described with vivid detail, as are the smells and visuals of her beloved City. In an urban reality where ash-trays mingle with Facebook, mastic flavoured gum, salted mackerel and Viagra prescriptions, there is no room for sentimental orientalisation.

As the author confides: “With my novel ‘A Recipe for Daphne’, I wanted to stand up for our community and say in English, the international language, ‘We are here! We will continue!’ Because this is truly the case. The Istanbul Rum minority has its own distinct culture, and that culture is very much alive. Another reason that I wrote this book was that I wanted the community’s international story to move beyond the pogrom of 1955 and the expulsions of Greek passport holders in 1964. In Istanbul, we are not stuck on those events, but most representations and references to the community outside Turkey centre on trauma and our imminent end. For this reason, my main character Fanis confronts his memories of the 1955 pogrom, turns the page on his past, and focusses on the present and future.”

The author, a resident of Constantinople, also offers us a distinct way of employing the English language in literature. Rather than seeking English equivalents, she insists upon literally translating the Greek idiomatic expressions of her characters such as: “It is raining chair legs,” instead of “cats and dogs” or “I had fleas in my ears,” for “I formed a suspicion.” The result is thoroughly original and striking prose that conveys in the most vivid possible way, the originality of the characters she portrays.

A unique work that re-imagines histories, inverts narratives and engages in the subtleties of human identity, without ever losing the lightness and gracefulness of its touch, or indeed the aroma of the culinary delicacies it evokes, “A Recipe For Daphne” is a ground-breaking, multifaceted novel that begs to be re-read innumerable times.