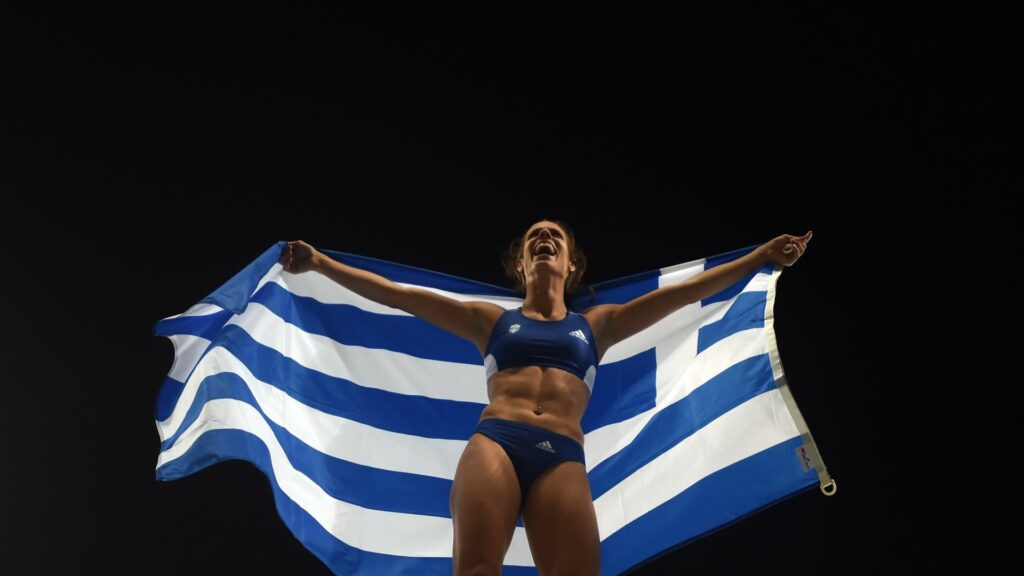 If you believe the hype from the International Olympic Committee, the Tokyo 2020 Olympics will be a “landmark in gender equality” and the “first gender-balanced games in history”.

The Olympics do not have a good track record when it comes to gender equality. At the end of the 19th century, when it was founded, the modern Olympic movement deliberately excluded women. Games patriarch Baron Pierre de Coubertin argued an Olympiad with women would be: “impractical, uninteresting, unaesthetic and improper”.

With the postponed 2020 Tokyo Games due to start next Friday, what advances can we celebrate? And what still needs to change?

We have come a long way

The Tokyo Games will feature the most female athletes at an Olympics, with 48.8 per cent of competitors set to be women.

To put this into a historical context, at the first modern games in Athens in 1896, women were banned from competing (although there are reports at least one woman ran the marathon).

At the 1900 Paris Olympics, women were allowed to compete, but they were only 22 out of 997 competitors. Women were also restricted to a select number of five “ladies” events: tennis, sailing, croquet, equestrian and golf.

From croquet to skateboarding

Much has changed over the past 121 years. The IOC has billed Tokyo as a “step forward” for gender equality in terms of the range of events on offer.

Women will compete in more than 300 events, and there are new mixed-gender offerings in athletics, swimming, table tennis and triathlon. This includes mixed medley relays on the track and in the pool.

Women will also compete in events that were previously only open to men. This includes the 1,500m freestyle (previously 800m was the longest swimming event for women). There are also extra women’s events in boxing, canoe, rowing and shooting. Meanwhile, women will compete alongside men in new sports at the games, including skateboarding, surfing, sportclimbing and karate.

All countries are expected to have at least one female and one male athlete in their teams, and all Olympic teams are encouraged to have one female and one male athlete carry their country’s flag at the opening ceremony.
Importantly, women’s events will also be given more visibility — and taken more seriously — in terms of what is shown when it is shown and promoted on Olympic broadcasts. In the past, many sports finished their Olympic timetables with men’s events. This practice is set to change at Tokyo.

According to the IOC “there will be more women’s team gold medal events on the last weekend than men’s, while the order of play has been changed so that women’s competitions have the same prominence.”

In 1996, the IOC amended the Olympic Charter, making one of the IOC’s roles to “encourage and support the promotion of women in sport at all levels and in all structures, with a view to implementing the principle of equality of men and women”.

Since then, there have been numerous initiatives to achieve this goal, such as last year’s Gender Equality Review Project, which made 25 recommendations including:

Who is in charge?

Women also make up significant proportions of the IOC organisation, but the numbers remain low at the leadership level. For example:

Some Olympic leaders also have a long way to go in terms of the way they view women and women in sport administration. In February this year, the head of the Tokyo Olympic Organising Committee, Yoshiro Mori, resigned after complaining to a Japanese Olympic Committee meeting that women talk too much.

If we increase the number of female board members, we have to make sure their speaking time is restricted somewhat, they have difficulty finishing, which is annoying.

Tokyo’s creative director, Hiroshi Sasaki, (who had charge of the opening and closing ceremonies) also resigned in March for suggesting a female performer could be an “Olympig”.

Apart from sexist attitudes, we also know that women in sport face sexist reporting. And this will be an issue to keep a close eye on in Tokyo.

A Cambridge University media analysis of the 2016 Rio Games found men dominated reporting, women’s aesthetics rather than athleticism were too often the focus of the discussion and women’s sport and achievements were infantilised or trivialised.

For example, a women’s judo bout was described as a “catfight”, while American shooting bronze medallist, Corey Codgell, was initially referred to as the wife of US NFL player, Mitch Unrein.

Further, gender terms were more often used as qualifiers for women, such as, “female golfers”, as opposed to men, who were simply golfers. Age and marital status are also more likely to be included for women.

Since Rio, there have been horrifying investigations into the treatment of gymnasts in both the United States and Australia.

Investigations have also uncovered abuse of women and children in basketball in Mali, soccer in Afghanistan and water polo in California. And two-time Australian Olympic medallist Madeline Groves withdrew from the Olympic swimming trials in June citing “misogynistic perverts in the sport”.

In all, there is a lot to be hopeful about in Toyko. But as important as statistics around representation and events are, clearly much more needs to change before the Games can truly be described as equitable.