Vassy’s ‘Aussie’ comeback hits the top of the charts 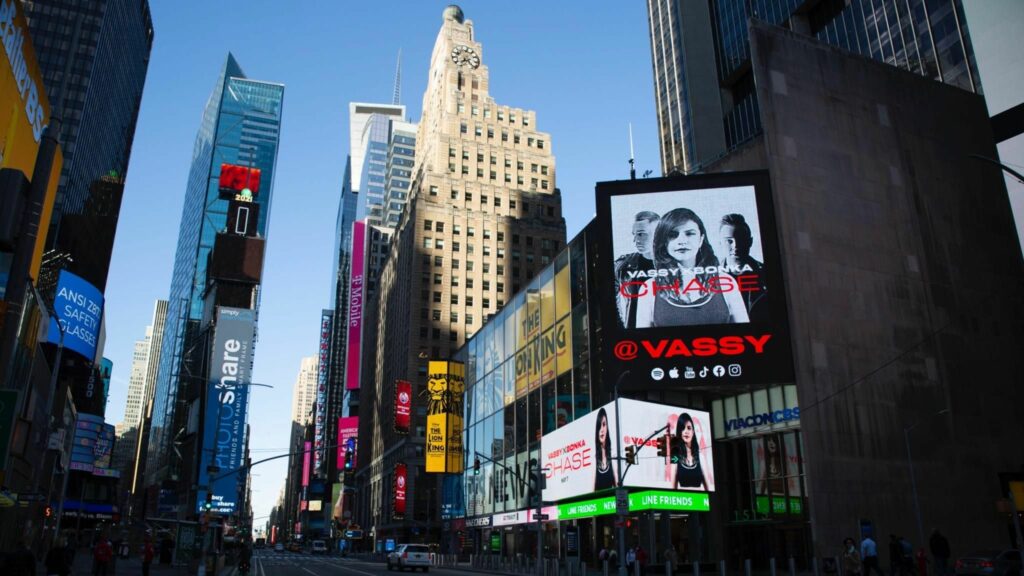 Greek Australian musician, Vassy, has hit the top of the charts once again, with her new single Chase.

‘Chase’ is Vassy’s seventh No 1 Dance Single produced in collaboration with fellow Aussie duo, Bonka. The song topped the charts twice, both on the Mediabase Dance Radio Chart in the US, and The Aria Dance Chart in Australia.

“I’m so happy to hear Chase is the #1 most played dance record across the country. I thank all the Radio Stations supporting and the amazing Program Directors who all got behind this song from day one,” the Greek musician from Darwin, said in a statement.

Vassy’s parents are from Grevena and Kozani, and she has been living in Los Angeles for the last few years. Working with the duo from Queensland for her last hit song, was a way to also beat the homesickness she was feeling after being away for so long.

“Not being able to go back home because of the pandemic and quarantine restrictions that the Australian government placed, we ended up wanting to work on this song together, which was so amazing. It felt really good to make this with my fellow Australians and I am so excited to release this in Australia, as well as the US,” she said in a statement.

Chase follows the Australian powerhouse’s previous No 1 Dance singles, including Bad, her anthem with David Guetta and Showtek, which racked up over two billion streams and became a global hit in over twenty countries; Secrets with Tiësto & KSHMR which has gone six times platinum and won her “Best Electro House Record” in 2016.

Having earned her stripes through some of the most prized collaborations in dance music industry, Vassy’s vocals and songwriting craftsmanship seem to be instant hit material, as her style ranges from dance to soul to reggae, and hasher.

Vassy is considered a rising star in the Electronic Dance Music scene and one of the most prominent female representatives in the industry.