Democracy and Truth – The ultimate challenges of our age 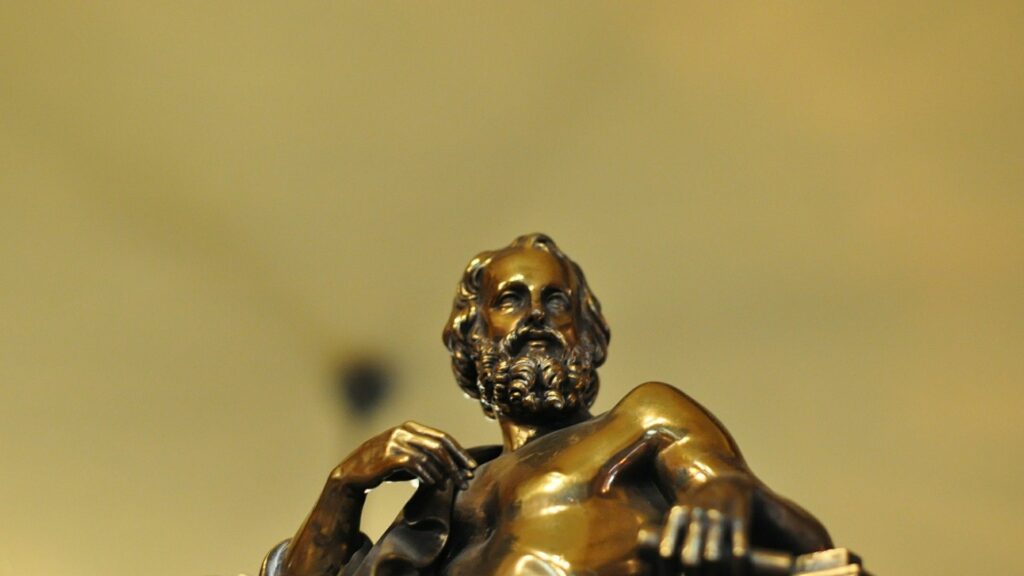 Much of modern philosophy is still influenced by these observations of the ancient Greeks.

Perhaps the most influential living philosopher, Jurgen Habermas, makes no secret of the important influence on his thinking of the ancients as well as more contemporary thinkers like Hegel and Kant. For me one of Habermas’ most insightful comments was that for Karl Marx human labour was a quasi transcendental ontological concept.

To interpret this lofty philosophical observation: human labour is that enigmatic mechanism whereby we appropriate through the labour of our senses and minds what we assume to be reality including constructing our own world view. Despite its contingent, historically and culturally relative nature, we defend our world view as an ontological representation of reality.

Habermas’ comment was made in dialogue with the most influential Marxist humanist philosopher of his time, Herbert Marcuse, who was quick to retort that under capitalism our labours construct a reality which is functional to the system itself. We are led to believe that we are unique individuals even while we behave homogeneously. “One Dimensional Man” is thus the title of Marcuse’s seminal book.

Why are these philosophical musings important today?

Well, despite our claims to support diversity I think that in reality we are increasingly moving towards one dimensional thought. In particular towards a politically correct world view which through the media, social pressure and our educational system we are passing on to large numbers of adults and children alike.

But this is not without consequence. In modern America, the one dimensionality of politically correct thought has led to a huge backlash. It is this backlash that Donald Trump tapped into, created an alternative equally one-dimensional alternative narrative which has effectively divided America.

So arguably there are now two prominent world views, two realities in America.

One sees the world as a rules based democratically legitimated order demanding politically correct behaviours when it comes to gender, race and LGBTI differences and a Green-Left agenda on such things as climate change.

The other sees the world as a set of establishment institutions and political forces that seek to exercise power over them, deny them access to the nation’s wealth and force liberal/Green ideas upon them.

These two world views are convinced that their reality is the true reality. In this sense they are both one dimensional. The differing social circumstances from which they derive means that they construct divergent realities that are then capable of being used to empower political parties. The understanding of this was part of the genius of the Trump mobilisation and is the reason it will not go away quickly.

So extending Marcuse’s analysis, postmodern society may be moving towards the creation of not one but two diametrically opposed one dimensional personality types with little chance of meaningful dialogue between them.

This somewhat disturbing analysis of what may be happening in America led me to consider one dimensionality in Communist China.

READ MORE: Love problems? There is a pill for that, but Plato offers a wiser cure

Despite increasing constraints on democracy in China some still argue that discussion and debate are allowed, for example in elite universities. One Chinese friend put it thus. “How could we be so innovative if all thought was constrained?” I would say that this is only within a framework of adherence to the Chinese communist system. But for my friend, CCP political constraints are a small price to pay to deliver prosperity, progress and education.

If two one dimensional personality types are emerging in modern Capitalist America, arguably in Communist China conformity means one-dimensionality is the norm. This of course is quite the opposite of promised Communist Utopias.

Ultimately I think there are crucial differences. In China questioning the prevailing world view is allowed but not if it challenges the CCP.

In America, notwithstanding the attack on Congress, there are still democratic institutions and a relatively free media. Political correctness when taken too far can still be challenged as can baseless challenges to democratic processes and institutions from the Trump camp.

Habermas’ criticism of Marcuse and Marxism was that they failed to recognise an important aspect of our self-construction of reality. It’s the ongoing human interaction through language that plays a crucial part in shaping it. This is also the key to our freedom.

According to Habermas our very utterances in communicating with each other have implied within them a truth claim. These truth claims in turn imply that we could defend them in open discourse, free of constraints on such discourse.

Habermas believed that it is precisely because orders of authority whether communist or capitalist cannot defend their truth claims in open discourse that they instead develop mechanisms that will distort open free communication to maintain their power. We now see this happening not only in China but in the rise of authoritarianism around the world – in Russia, Turkey, Egypt, Myanmar, Thailand, and a host of African and South American countries.

But it is also occurring in the Western Democratic world with attacks on freedoms and democracy now widespread. In the Trump era the distorted communication that Habermas refers to took a dangerous path. In the US. Trump managed to transform truth itself into reimagined “alternative facts”. This circumvents the quest for truth with the idea that there are alternative truths based on alternative facts. This is not just an attack on ideological differences which are a legitimate part of political debate, it is an attack on democracy itself insofar as it is meant to be based on truth.

Plato foresaw this vulnerability of democracy when he warned that tyranny can naturally arise out of democracy. It does so because the very freedoms acquired within a democracy can be used by tyrants to paint a narrative and world view that facilitates their grabbing and holding onto power. It is why we must not allow the erosion of fundamental elements within our democracy such as a free press, academic freedom and democratic decision making to be eroded.

In Communist China we can only hope that in the vast communicative systems emerging as part of its development they begin putting to the test the truth claims and the world view of the CCP.

In America the emerging division into two one dimensional realities/personality types has allowed some self-serving politicians to hang on to power by manipulating those who feel excluded while others gain power through appeals to politically correct Green/Left world views. Ominously, electoral manipulation of voting is also becoming the norm whereby whole disadvantaged segments of society are being disenfranchised.

We must believe that the same human labour that constructs our world view that Marcuse referred to and the communicative truth power of language Habermas alerted us to, will lead us to question one dimensional thinking and the motives of authorities that seek to manipulate our reality for their own benefit.

But we must always be vigilant as Plato noted that tyranny does not replace democracy by using democracies very freedoms to undermine democracy itself.

Theo Theophanous is a Commentator and Former Victorian Government Minister.