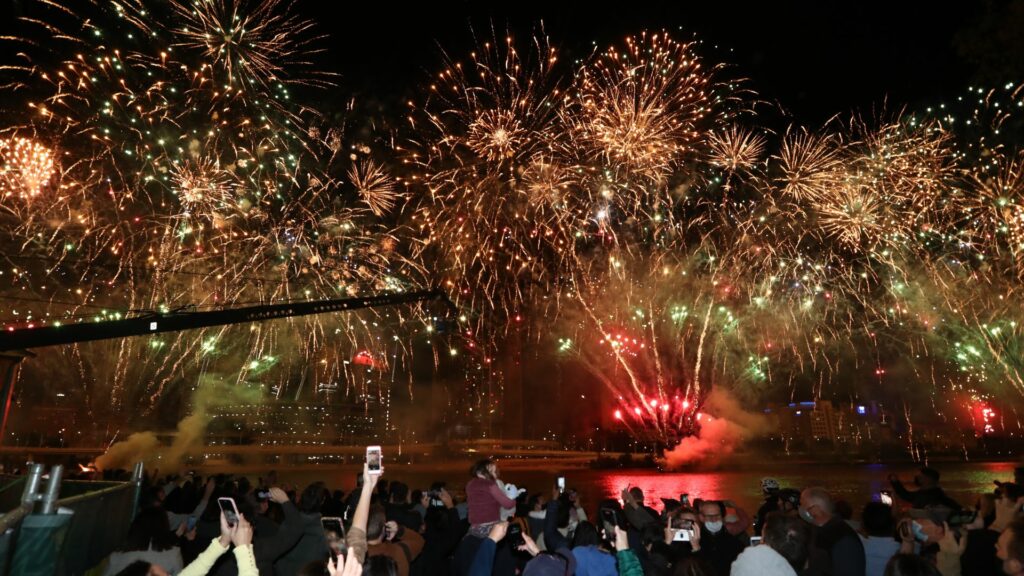 Brisbane’s CBD riverside erupted in fireworks as the announcement was made. Photo: AAP Image/Jason O’Brien

Brisbane has been successful in its bid to be the host city of the 2032 Olympic and Paralympic games.

The Queensland capital city will be the third Australian city to host an Olympic Games. In the past, Melbourne hosted the Games in 1956 and Sydney in 2000.

The river of the city is tonight illuminated under a sky of green and gold fireworks to celebrate its successful bid.

The International Olympic Committee delegates confirmed this announcement following their meeting in Tokyo this evening.

They had to restrain themselves to standing and clapping, however COVID-19 restrictions ruled out any close-contact celebrations.