The end of the “sweet” era for Hellas Cakes

Hellas Cakes when it first opened in the 'Greek suburb' of Richmond. George Laliotis junior, just like his dad, started helping out in the shop at a very young age. Photos: Supplied

The end of Hellas Cakes, Melbourne’s iconic Greek pastry shop, has struck a chord in the heart of the Greek community.

Generations of Greeks grew up with sweet memories of the first zaharoplasteio in Melbourne, that opened its doors in 1962, in the ‘Greek suburb’ of Richmond.

Founder, Iraklis Kenos, was an established pastry chef who had mastered the art by the age of 12 in Athens, and – as a result of his skill – the business was destined to flourish. Soon after, Mr Kenos acquired a business partner: his old acquaintance from Athens, George Laliotis, who immigrated to Australia in the 1970s. Later on, George Kandaras joined the team.

The two of them took over when Mr Kenos decided to pursue new dreams. But he never forgot his first cake shop which he often visited, many times even jumping into the kitchen to help when needed. The two Georges worked together until they retired, passing on the store to the next generation, which continued the legacy with the same success.

George Laliotis’ son, and current owner of the business, Peter Laliotis, kept the zaharoplastio open for years, with the help of his son George, until they decided that it was time to let go. Last year was a difficult year for them. Along with all the uncertainty they faced with the pandemic, they also lost their pappou and mentor, George Laliotis. In 1971, the first generation to run the Greek zaharoplastio in Melbourne. From left, George Laliotis, Aristidis, Iraklis Kenos, and Nikos Metaxiotis. George Kantaras would join the team later. Photo: Supplied

“COVID-19 is not the reason we are closing,” Peter Laliotis told Neos Kosmos.

Closure was always in the cards, he said, though the pandemic did bring the timing forward.

“We intended to sell at some point. We had sixty beautiful years here, historical years. So many people, customers and employees have come and gone,” he said, stating that he also feels excited about the new chapter his is embarking on, as he intends to travel to Greece at the first opportunity. Hellas Cakes when it first opened in the 'Greek suburb' of Richmond. George Laliotis junior, just like his dad, started helping out in the shop at a very young age. Photos: Supplied 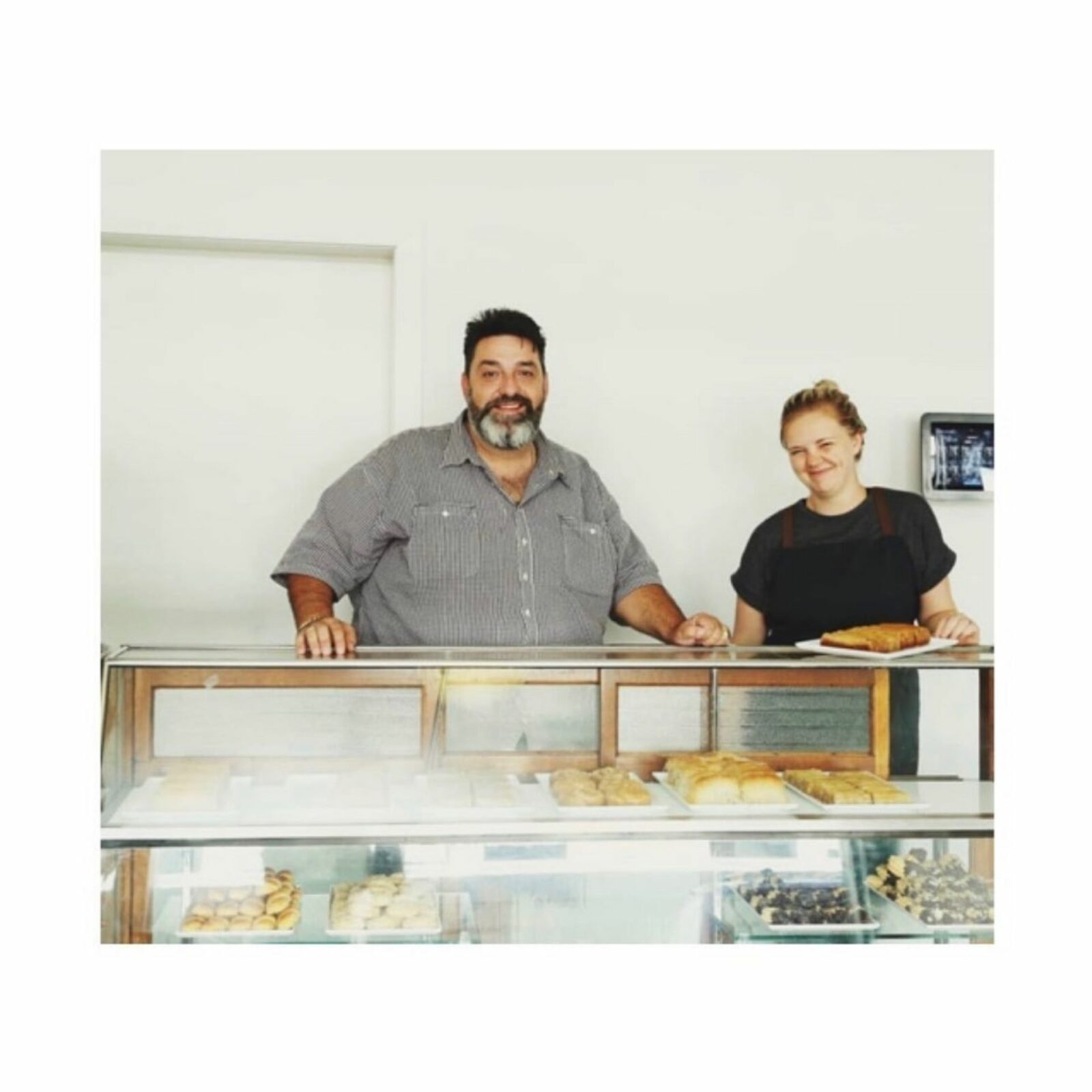 “I never had a chance to travel as much as I wanted in my life,” he said, adding that despite finally having the time to do this, he can’t help but feel overwhelmed by all the memories he has of the place and the people he is leaving behind. His first memories are from Hellas Cakes, where he helped his father from the age of six, preparing the endless orders, wrapping tsourekia and carrying trays around from 1977 to this very day.

He was only 15 years old when he was already a full-time apprentice at the pastry shop, alongside his studies at the William Angliss Institute.

At 17, he took over the business, running it for the next 35 years.

A lifetime of working from dawn, for seven days a week to meet all the requirements, not only of the café, but of all the customers he continued to supply in every corner of Melbourne, also preparing the koliva every week for the Greek churches.

The traditional sweets, such as the famous galaktoboureko, were sought after, for the parties in Melbourne, the milk bars and local kafeneia which they supplied. Sometimes they would bake 120 cakes for birthday and engagement parties taking place in one weekend, Mr Laliotis said.

“The years passed and many Greeks left Richmond, and the city started to change”.

Gradually many Greek shops opened all around the city and Greek Cuisine became very popular; not just amongst the Greeks, but also loved by other nationalities of multicultural Melbourne.

During the 1980s, there was no course of study dedicated to traditional fyllo pastry making which is characteristic in Greek cuisine.

Peter Laliotis was the first to offer workshops about it, and establish it as a subject in the William Angliss Institute

“We shared our knowledge then. We didn’t have YouTube or cooking shows to learn from,” he said.

Many came to know Mr Laliotis through his workshops, accepting him as their teacher, as he taught the next generation of chefs at the William Angliss Institute and the Hales Institute from 2003 to 2012.

Peter Laliotis told Neos Kosmos that since the news of the closure got out, he has been moved by messages from friends and people who worked with him throughout the years.

He is also overwhelmed by the huge interest the Australian mainstream media has shown about the history of Hellas Cakes, from the moment the sale was announced.

The friendship and bond between the families who first started the shop, continued into the next generation and remain strong to this day.

“The store was a part of our state’s more recent history,” Ange Kenos, great nephew of Iraklis Kenos, told Neos Kosmos, stating how saddened he feels about the end of this era. He hopes that the many photos and documents that are in the hands of the Laliotis family will one day be displayed at the Immigration Museum, as they document the lives of the first Greek migrants in Melbourne.

Hellas Cakes will remain open until September-October, for those who want a last sweet taste of their delicious Greek sweets and pastries.