Thousands rally in Melbourne, Sydney and  Brisbane against lockdowns, masks  and vaccines Thousands of people are rallied against COVID-19 lockdowns and vaccinations in  Melbourne, Sydney and Brisbane today.

Police estimated 7,500 people gathered in the Botanic Gardens  of Brisbane and marched through the city, many of whom were not wearing masks.

In Sydney NSW Police Minister David Elliott says 57 people have been charged after attending an anti-lockdown protest in Sydney today, and that a strike force has been established to identify others who were there.

“What we saw today was 3,500 very selfish boofheads — people that thought the law didn’t apply to them,” Mr Elliott said.

Earlier, Central Sydney was shut down for several hours as thousands of protesters breached COVID-19 restrictions to march, sparking brawls and several arrests.

NSW Premier Gladys Berejiklian says she is disgusted by the behaviour of thousands of anti-lockdown protesters who marched through Sydney’s CBD on Saturday.

In Melbourne Victoria Police have issued a statement confirming six people were arrested during today’s protests in which thousands of people marched the streets of Melbourne for almost three hours.

74 others were fined for various reasons, including 67 fines for breaking the five-kilometre rule and six for not wearing a face mask. 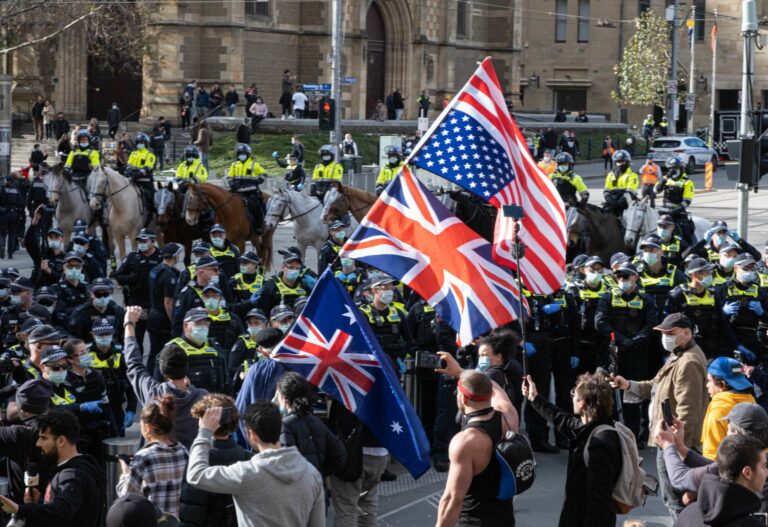 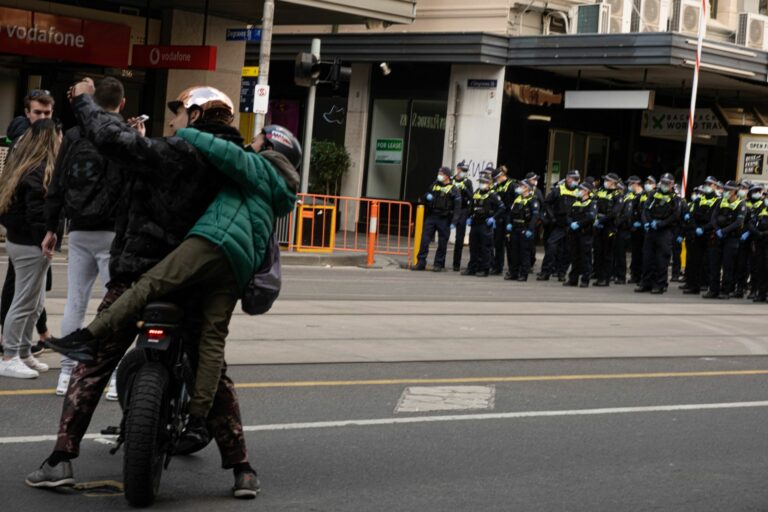