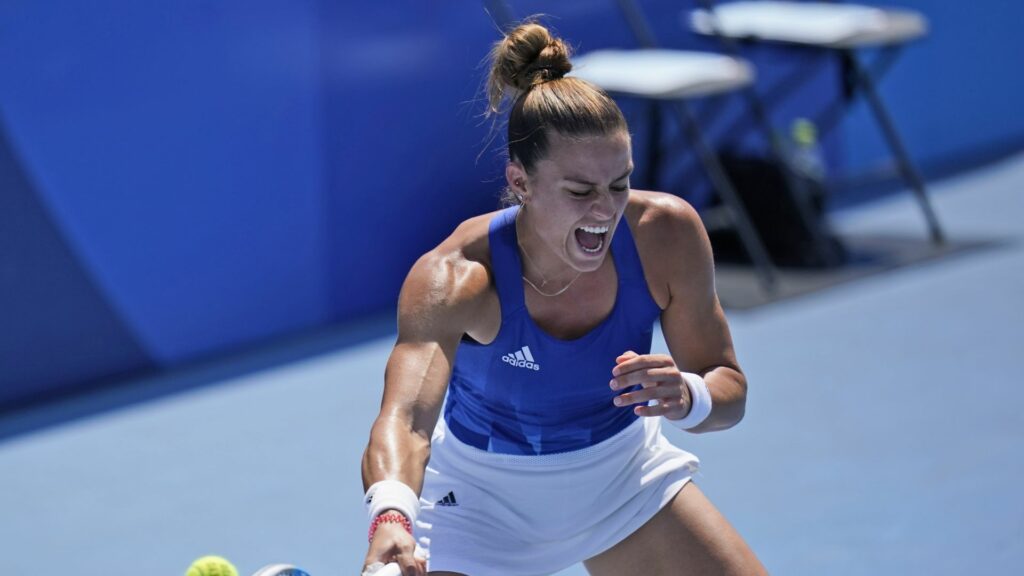 Maria Sakkari of Greece, reacts as she wins her first round match against Anett Kontaveit, of Estonia at the 2020 Summer Olympics Photo: AAP via AP Photo/Seth Wenig

The match went on for one hour and eight minutes, with Sakkari managing to pull out two aces and only three unforced errors compared to Stojanovic’s 11.

Sakkari won a total of 31 points, whilst her Serbian opponent could only muster up 19, allowing the Greek tennis star to inch closer to a podium finish for Greece.

The win comes just one day after Sakkari celebrated her 26th birthday at the Olympic Village, with a surprise set up by the Hellenic Olympic Committee.

The young Greek tennis star has made it to the final 16 of the 2020 Toyko Olympic Games and will face the winner of the match between Australia’s Ajla Tomljanović and Ukraine’s Elina Svitolina.