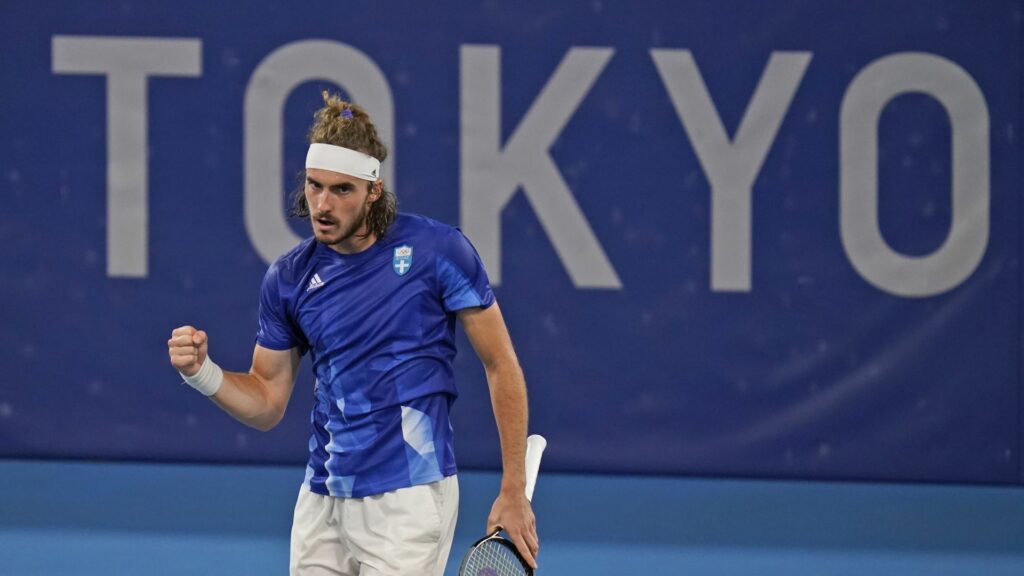 Stefanos Tsitsipas, of Greece, reacts after defeating Frances Tiafoe, of the United States, during the second round of the tennis competition at the 2020 Summer Olympics Photo: AAP via AP Photo/Seth Wenig

It’s another great day for Australia in the Olympic swimming events, with Queenslander Kaylee McKeown winning gold at the 100m backstroke final with an Olympic record time.

McKeown looked as if she would be finishing in third place behind Canada’s Kylie Masse and the US’s Regan Smith. However it was in the last 30 metres of the backstroke where the 20-year-old Aussie blitzed past, snagging the gold.

“It’s definitely something that people dream of — it’s something I have dreamed of, too,” McKeown told Channel Seven after the race.

At her first ever Olympic appearance, McKeown also paid tribute to her father, Sholto, who passed away from brain cancer in 2020 at the age of 53.

“I hope you’re proud, and I keep doing you proud,” she said.

The 22-year-old returned to the court on Tuesday to face Frances Tiafoe of the United States.

The hour and 17 minute long match ended with Tsitsipas winning in straight sets, 6-3, 6-4.

The third seeded Tsitsipas dealt out six magnificent aces, five of which came through on his first serve.

Both players had an almost identical amount of unforced errors, with Tiafoe ending on nine and Tsitsipas with seven, but ultimately it was the young Greek’s total of 32 winning points that prevailed over his opponent’s 21.

Tsitsipas’ next battle will be against the winner of the match between France’s Ugo Humbert and Serbia’s Miomir Kecmanović.