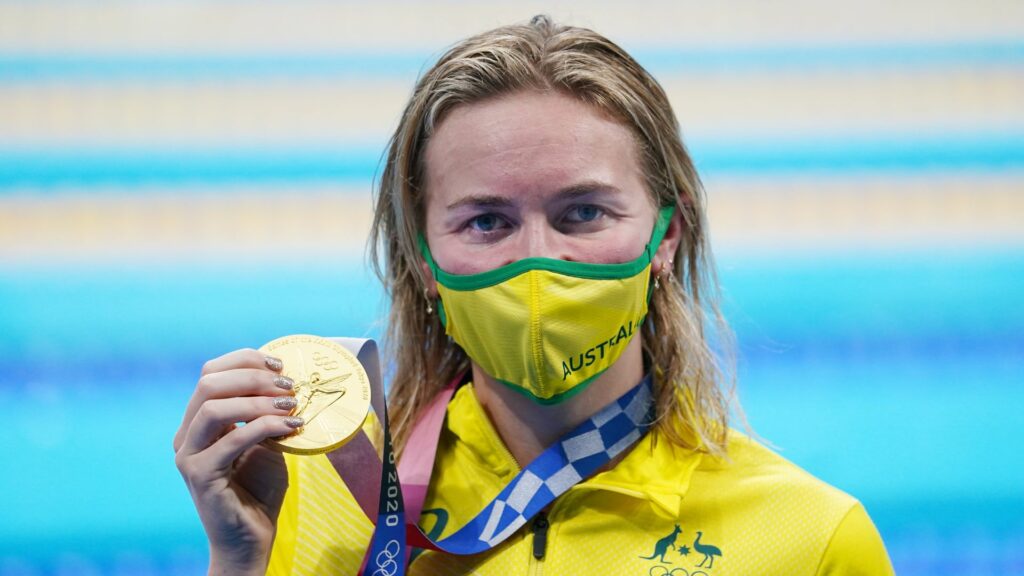 Ariarne Titmus of Australia after winning gold in the Women’s 200m Freestyle Final at the Tokyo Aquatics Centre during the Tokyo Olympic Games in Tokyo. Photo: AAP/Adam Davy

She also claimed an Olympic record.

US megastar Katie Ledecky fell to a shock fifth-placed finish, while Aussie Madison Wilson was last of the finalists. It was the first time that Ms Ledecky had not medalled in an Olympic event.

Titmus says she is extremely proud of her achievements, winning her second Gold in the Olympics.

Her win comes as Australia’s men won a bronze medal in the 4x200m freestyle final thanks to a great final leg from Thomas Neill.