A DTA between Greece and Australia will be made official soon 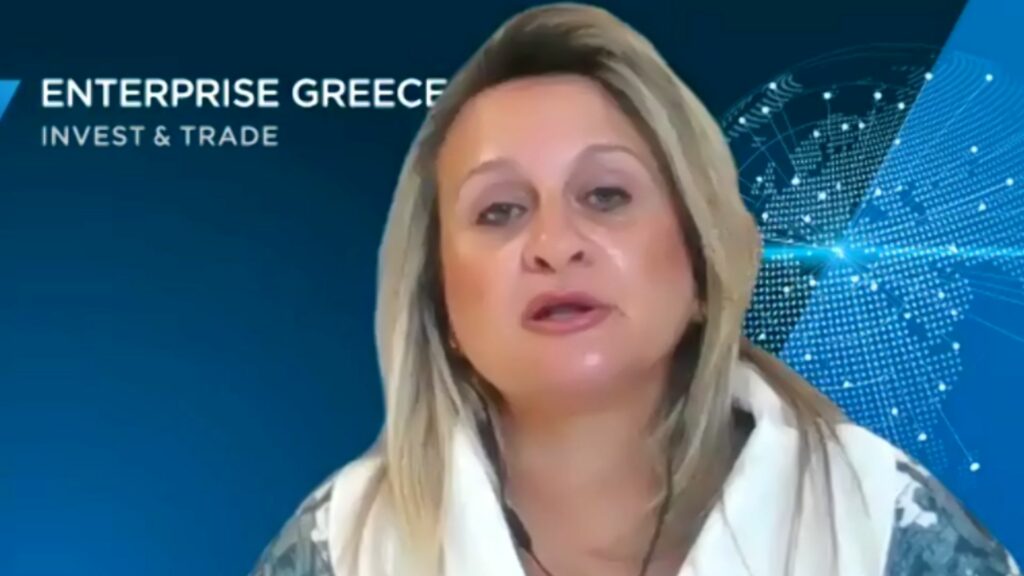 The future looks bright for Greece as it moves beyond travel and real estate despite the challenges, with opportunities for the country to enter different business ecosystems.

Enterprise Greece Executive Director Betty Alexandropoulou told Greek Australians that Greece is ranked among the Top 10 most attractive FDI destinations in Europe during her presentation at the Open Dialogue series chaired by Director of the Australian Chamber and Industries Paul Nicolaou.

Trade Commissioner Katia Gkikiza outlined recent trade trends between Greece and Australia, pointing to the total volume of trade in goods and services in 2020 increasing by 12.5 per cent despite a relative 8.4 per cent with the EU27. Growth has been steady, hitting the 100-million-euro mark in 2010, 150 million euros in 2017 and 200 million euros for the first time in 2020, growing seven per cent despite the pandemic. In the first six months, there has been a 7.1 per cent growth and hints of another fruitful year.

READ MORE: The Greek-Australian who opened the door to trade with post-war China

Closer to a Double Taxation Agreement

It is hoped that figures would grow even more once a Double Taxation Agreement (DTA) is implemented between Greece and Australia, and Ms Alexandropoulou made special mention of the efforts of the Greek Orthodox Community of Melbourne and Victoria for a DTA following letters to both Greece’s Prime Minister Kyriakos Mitsotakis and Australia’s Treasurer Josh Frydenberg.

“Such an agreement would be a positive step in increasing transactions of capital, goods, services and people between our two countries. Commercial and financial transactions in general between Greece and Australia will be facilitated with further stability and security. The possibility of a DTA would contribute to the expansion of mutually beneficial synergies,” she said, in reference to the agreement which would stop people who invest in Greece from getting taxed twice both in Greece and Australia.

Greek Community of Melbourne President Bill Papastergiadis said that “as a result of the digital pushing from the Greek Community of Melbourne with ministers from the federal government […] Greece, along with six other countries are the next cabs in the rank, so to speak, in terms of progressing the DTA […] that is likely to commence in 2023” though this has yet to be officially confirmed.

Last week, Greece’s Diaspora Minister Kostas Vlasis told Neos Kosmos that there was a push for such an agreement though “these types of agreements take quite a long time”.

Neos Kosmos has already contacted Australia’s Treasurer Josh Frydenberg for confirmation of this, seeking more details regarding the implementation of such an agreement.

Even without a DTA in place, Greece has been successful in securing emblematic deals and investments, with Microsoft, Cisco, Pfizer, Deloitte, Volkswagen etc.

Enterprise Greece recently announced that it has teamed up with e-commerce company eBay for the promotion of Greek products and services to more than 182 million active buyers in 190 markets worldwide. Under the agreement, the two parties will share experience, know-how and best practices for the global promotion of Greek businesses through eBay’s platform, with a Greek e-kiosk dubbed “Greek Corner” to be set up to promote products internationally.

“In this regard, we are particularly pleased to announce the start of our partnership with eBay, thus enhancing our digital extroversion in order to help Greek companies reach even more consumers and markets,” Ms Alexandropoulou said.

READ MORE: There’s a push for a Double Tax Agreement between Greece and Australia, and it’s just a matter of “when”

“Our main commitment is to support Greek exports to international markets and to communicate high quality Greek products to consumers around the world.”

She spoke of the challenges of wildfires, “a calamity known only too well to Australia, and the country is working “cooperatively towards a sustainable future through innovation and responsible development.”

She said that before the pandemic, Greece had been “striving towards enhanced extroversion” to take it closer to the global marketplace, and the COVID-19 pandemic has merely accelerated this push. Bureaucracy has been simplified through the gov.gr platform, closer work with embassies and consulates around the world under the supervision of the Greek Foreign Affairs Ministry which has helped more services to be conducted online.

Ms Alexandropoulou said Enterprise Greece was trying to draw Greeks back to Greece by laying the groundwork and “creating a robust environment in which somebody is comfortable to return to”, offering more jobs and tax perks.

“This is a long process. It’s not something that happens over one year, but it’s something that we see that there are Greeks returning,” Ms Alexandropoulou said.

Ms Alexandropoulou pointed to a shift in attitudes thanks to training and development being offered. “Let’s face it, we kind of want to do our own thing. Everybody wants to be the proedros in their own horio, but you need ot work with the next horio over to make sure that the quantity and quality that you want to export abroad is uniform,” she said, adding that a lot of digital work has been done and oportunities are offered for Greek businesses to understand importers different needs.

With digital tools being put in place and a change of mindset, Greece is experiencing a “paradigm shift and exploring new perspectives”.

She said that in recent years, despite the challenges, Greece has been doing a good job, especially during the Pandemic.

“We had teams coming in to see how we did it very well. That was a first for Greece,” she said.