A poem for Mikis Theodorakis 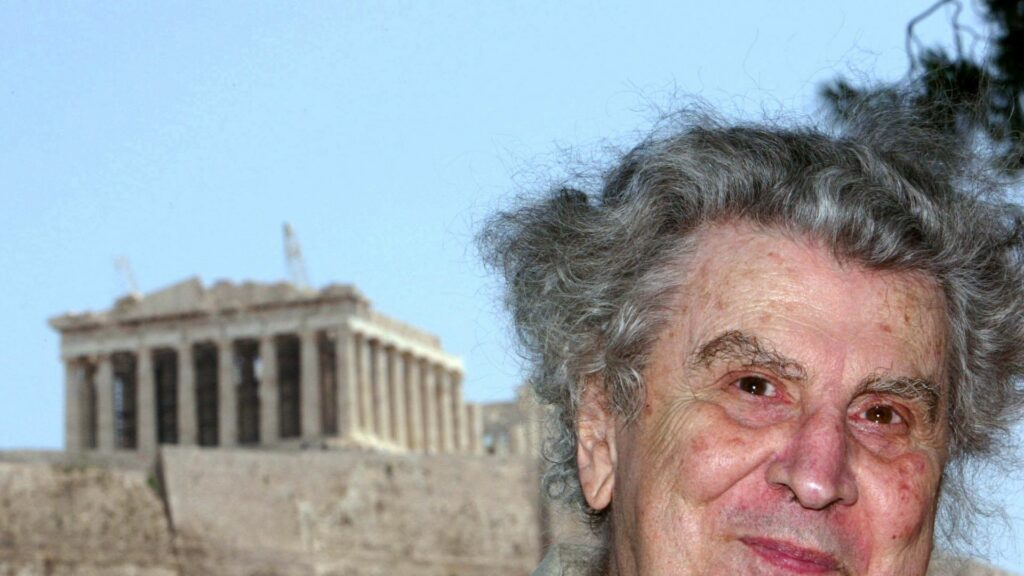 He plods, flat-soled, to the waiting stand,
head heavy with seven decades of dreams,
compositions that defied parallel lines,
echoes of what would become Zorba’s tune.

Hair grizzled like an ancient prophet’s,
grown too wild for comb from years of exile,
he sounds the score’s unscripted rustle
and readies the orchestra with a nod.

become the master potter’s, working as one,
kneading, turning, moulding mute time,
giving roundness to a rousing theme –
an amphora with youths in Pyrrhic step;

then the old midwife’s, fearless of life,
plunging wrist-deep into the cello’s womb,
extracting an infant note, a protracted cry,
raising it high for all to celebrate.

Pianissimo: his gestures are caressing,
comforting the girl hounded from Salonika,
who, crying a concentration of stars,
braids barbed wire twisting from her scalp;

embracing the cemetery ploughed by tanks,
now covered in a mix of moonlight and lime,
where souls gather their scattered bones
to join the bride in tomorrow’s dance.
Crescendo: eyes closed, enhancing sound,
he’s thrashing in a net of wrinkled skin,
wrestling against gravity and space,
punching back the silence between notes –

his angled shoulder blades protruding
and vigorous beneath the loose black shirt,
as though an archangel’s wings whose sweep
would raise the breathless to paradise.

Perhaps seen by none, his left heel lifts,
stays, like a sprinter’s poised for the finish,
but only for a heartbeat, maybe a half,
when it drops again, together with his arms.

Disconcerted for a moment by the end,
the tiered audience then springs in applause,
strains on tip-toe, calling: encore, encore,
maestro, magician, worker of miracles.

Spent from quickening a thousand hearts
he bows once and walks off the way he came:
all body again, balanced by dumb fists,
dead-weights grounding him to his shadow.