Spiro and the land tax of Greeks 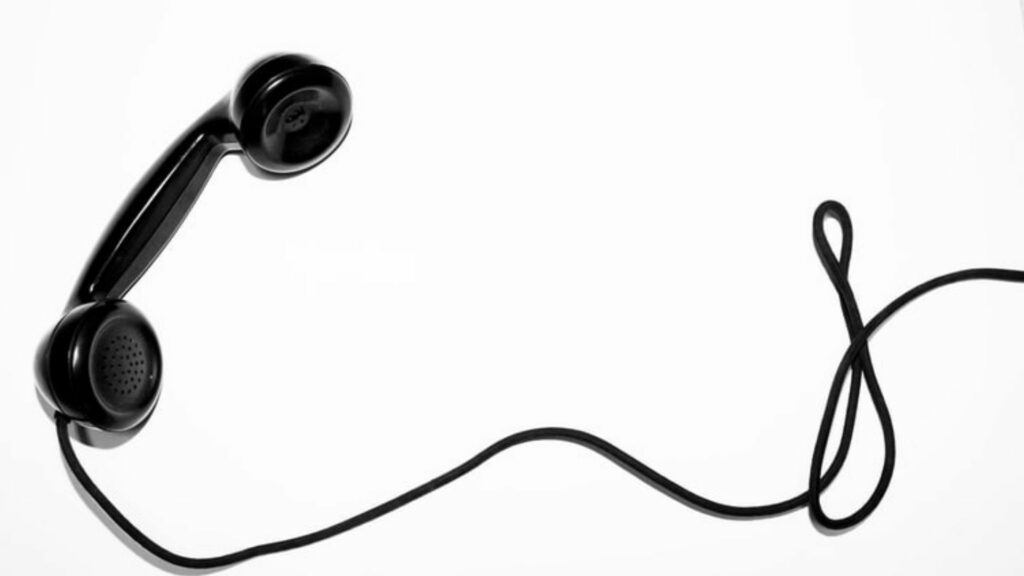 Musings after calling the State Revenue Office to resolve a matter for a client. Photo: Unsplash

I am convinced that if Franz Kafka were alive today, he would be writing a novel about a man who, during the pandemic, has the distinct misfortune to call a Victorian government agency and then spends his life trying vainly to press the correct option on his telephone keypad, only to be put through, after an hour’s wait at being thirtieth in the queue, to the wrong department, and then being redirected to the original options again. On occasion, the phone is mysteriously hung up on the other end just as he appears to have gotten through, and other times, he is asked to enter a customer number which, though it appears on all his documentation, is registered as non-existent by the department. If said Kafka was extant and I knew him, I would suggest that he feature the telephone service at the Greek Consulate in Melbourne instead, at which Kafka would raise one of his eyebrows at me quizzically, and chide me for being obvious.

At least so I mused the other day when on telephone to the State Revenue Office, in order to resolve a matter for a client for about half an hour, being passed from one servant of that august institution to another. It should be said that while waiting, I am actually in a state of rapture, for at least one can still, during the pandemic, call the State Revenue Office and engage with its personnel. The oracle that is the Land Titles Office on the other hand can no longer be consulted save via email.

Eventually, I am put through to the relevant person who in a very pleasant manner, resolves my client’s problem quickly, efficiently and with the minimum of fuss.

READ MORE: On Macedonians, Chaldeans and other figments of our imagination

The lady has a crisp, professional but very personable way of communicating and her diction wins my utmost admiration. It resembles the almost British enunciation of ABC radio announcers past, a cross between Lorraine Bayly and Cate Blanchette.  I refer her to an email I sent last week, which I hope has found its way to her and after a pause indicated that she is searching for the communication in question, she emits a gasp of shock. Praying that I sent her the correct email and not the one containing the joke about the Vicar, the Parlour Maid and the Health Department official I also sent a colleague, on the same day, I enquire demurely as to whether all is in order. And it is then that her accent slips. Then I get this, in Brunswick-accented pronunciation:

– Re, are you Dean Kalimniou?
– Yes.
– The one who writes in Neos Kosmos?
– Yeah.
– Oh, no way re! That’s sick! I read your articles.
– Thanks.
– Not all of them. Only when I visit my mum.
– I’m sure that’s more than enough for anyone.
– Κοίτα να δεις ρε, I’ve got Dean Kalimniou on the phone. Oh my God, small world re…..
– You know I couldn’t pick from your name or your accent before that you are Greek, I tell her.

– Yeah I changed my name because I married a ξένο…..
– Well, thanks for helping me out. I was beginning to think that I was getting nowhere.
– No worries re! If there is anything else I can do, let me know alright?
– Give me a remission in my land tax?
– If I could, I would, she laughs.

READ MORE: Reflections on presence: A re-creation in movement

Since she appears benign and friendly, I start to confide in her about a film script I am working on. It features my alter ego, Spiro Spanakopita, a down and out Oakleighite whose gambling den in his charcoal chicken shop in Mulgrave is actually a front for clandestine meetings of purveyors of ethically sourced mail order vitamin supplements.

I explain to my interlocutor, who intersperses my narrative with commentary containing the words “sick re,” “that’s mad,” and “omg pissa,” that the dialogue will be liberally sprinkled with stereotypes designed to denigrate socially unenlightened members of our community and to maintain our faith in the superiority of mainstream values, for the sole aim of capturing air time on our national broadcasters.

The story commences seven years before the present, when, enmeshed in the throes of righteous anger, and while high on smoking livani, Spiro smashes the statue of Leonidas in Brunswick, as a protest against hot air produced at nearby Greek Brotherhood meetings contributing to Global Warming.

Spiro Spanakopita’s world changes for ever when he meets Stella Suave, an emancipated Greek woman from Sterea Ellada who migrates to Australia to set up empowerment workshops for unappreciated Queen Ants and sells raffia lingerie on the Internet, on the side. After a whirlwind courtship, Spiro and Stella marry and set up a household in Thornbury. They separate five months later, when Spiro, having after a heady night of livani smoking, transferred the title to his shop and the Thornbury property to his spouse, finds out that she has sold his shop and fled to Greece with the proceeds. In the rather messy and convoluted court proceedings that follow, she ends up with the house as well, leaving the hapless Spiro with a large amount of raffia and little else.

READ MORE: “Greece, how we miss you!” say Greek Australians, remembering their last summer trip to the homeland

By this stage, Spiro has moved back with his widower father, his mother having died of nervous exhaustion during the divorce, and is rather depressed. His only consolation is that his father is old and it will not be too long before the six investment properties in the family trust (which Stella spared because her friends in Agrinio neglected to advise her to look out for such things, trusts not being de rigeur among the emerging Helladic bourgeoisie), will be his. Being single and being able comfortably to live off the rental income, Spiro looks forward to spending the rest of his days becoming a fixture in Eaton Mall and perhaps having a statue erected to his memory in the fullness of time.

The next scene presents Spiro as an employee of the State Revenue Office. Working his way around its various departments, he finally settles on debt recovery, where he makes a name for himself for the ruthless and merciless manner in which he terrorises elderly retired property owners for their dues. Yet all of this is a front. For when the time is right and enough trust is garnered, Spiro then launches his plan: He develops a virus that hacks into the Office’s debt recovery system and waives all land tax for Victorians that have Greek surnames in Melbourne. Owing to the fact that the algorithms embedded within the virus scan for surnames that end with s, the virus also waves land tax for Latvians, Lithuanians, a number of Lebanese and Spanish members of the community as well. As a result of Spiro’s endeavours, the State of Victoria is bankrupted and is about to be purchased at a fire-sale auction by an emerging world power that just wants to be our friend.

At this point, my interlocutor lets out a raucous laugh and abruptly, her voice becomes Menzies era ABC again.
– You realise this call is being recorded for training and evaluation purposes?
– I should add that no State Revenue Office employees or office furniture were harmed during the making of the film, I hasten to assure her.

She giggles and switching to Greek, launches into a lengthy analysis of the office personalities and politics of her workplace, including who is claiming the credit for the other’s work, who is skilled at sucking up to the boss, and which person is pretending that they aren’t carrying on a relationship with one of the guys from Duties Online, after an inebriated incident at the 2019 Christmas Party.
I scribble down these details furiously, knowing that they will lend my script verisimilitude.
– Καλά, I ask her. You said that the call is being recorded for training purposes. Aren’t they listening?
– Άσε, she sighs. Δε μιλάνε αυτοί wog. Να πάνε να χεστούνε.

Unrestrained mirth ensues from both sides of the telephone line. Little does she know that Spiro Spanakopita is listening, and is about to make a killing selling evaluation data to emerging world powers who just want to be our friends…