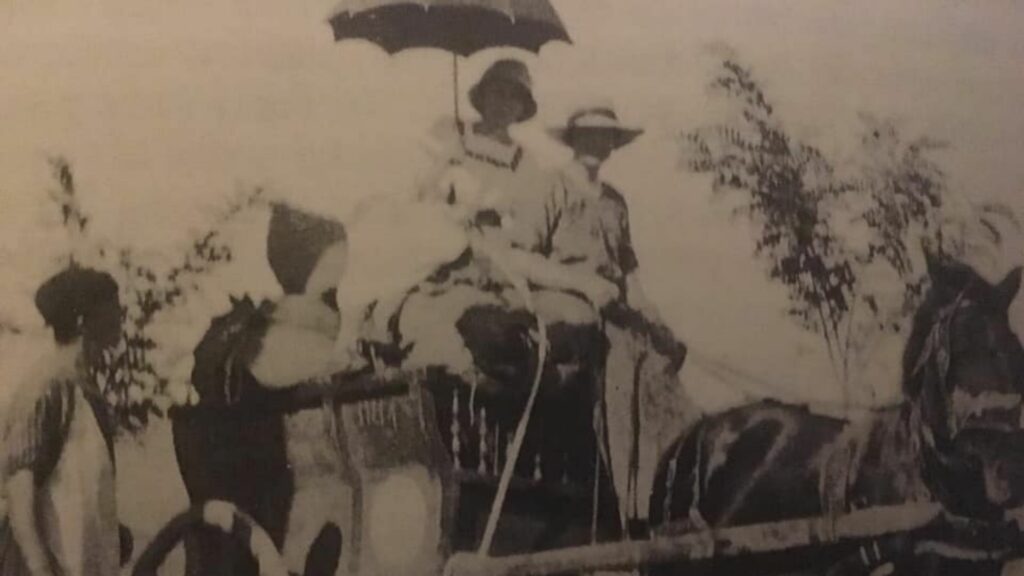 In the aftermath of the First World War, humanitarian catastrophes abounded. The end of hostilities found Queensland-born, author, journalist and Quaker Relief Mission worker Joice Loch in Poland, assisting some of the three million refugees crossing and re-crossing that country in search of food and shelter. Described by Bellinda Kontominas in the Sydney Morning Herald as “Australia’s answer to the Scarlet Pimpernel, or Mother Teresa with a dash of Indiana Jones”, she would go on to become the most decorated woman in Australia and when she died in 1982, the Greek Orthodox Bishop of Oxford stated that she was “one of the most significant women of the 20th century.”

Ethel Cooper, musician and daughter of the Deputy Surveyor-General of South Australia had spent the war in Leipzig, helping English and American tourists move to neutral countries. Nicknamed “the Pharaoh,” because of her insistence that she was a reincarnation of an ancient Egyptian ruler, she claimed that she had eaten the elephant in the Leipzig Zoo. After a brief stint assisting the Quaker Relief Mission in Krakow, she met Joice Loch in Vienna, where both were asked whether they would consider assisting refugees from Smyrna in Greece. They were informed that no funds existed for a unit there and both immediately resolved to go.

Arriving in Thessaloniki in May of 1923, Loch and Cooper were immediately faced with the plight of the refugees from Smyrna and the Asia Minor hinterland. Thousands were still arriving from the catastrophe in Asia Minor daily at Kalamaria. Added to these were Armenians fleeing the holocaust of Smyrna and White Russian refugees seeking refuge from the Bolsheviks. Barely housed, often starving or afflicted with malaria, many were perishing as a result of their ordeal. The Australians commenced work in the foothill of Mount Hortiatis, at the American Farm School, which trained Greek youths in basic literacy, agriculture and farm management.

Loch described the desolate approach to the school in the following poetic terms: “An evil road for those who looked for evil, a heart-breaking road in the shadeless heat of summer, or in the winter, when wheels could not be forced along it, and when the thick mud dragged boots from the feet…. When I first saw it, it was lined with the apparently dead, the incoming migrants, fallen by the wayside, overcome with malaria or blackwater fever. I found strange beauty in that road of exhausted nature.”

After spending time in quarantine, Smyrnan refugees were moved to a tent city, until sites in villages could be found for them. They would then set off, helping government appointed contractors to construct their own houses. Along with the other Quakers, Loch and Cooper were tasked with providing medical treatment and distributing clothing, according to a strict card system that ensured fairness and stopped unscrupulous third parties from trying to profit from the clothing trade.

In order to assist their distribution work, the two Australians acquired the services of two donkeys, which they renamed Menelaos and Agamemnon and astride these faithful steeds, they traversed the refugee settlements of Macedonia. In a land rife with lawlessness, they once encountered a battle between two armed factions. Agamemnon chose that spot to refuse to go any further, whereupon the warring factions abandoned their conflict and united to assist Cooper to get him moving.

READ MORE: A snapshot of Asia Minor’s multiculturalism in Melbourne

Having contracted malaria, Loch convalesced in Australia for a time, returning to Macedonia when her husband Sydney was appointed principal of the Farm School. Cooper, in the meantime, assumed charge of the relief unit, an appointment that grated with Loch who wrote that she: “had neither morals nor ethics.” However she was personable and got on well with both the Greek authorities a nd the refugees, Sydney Loch providing the following character sketch:

“Except that she was probably a convinced pagan… she was suitable for that position, being liked by all members and popular with the Greek staff and refugees. Having learned a little modern Greek quickly, she was able to bluff her way through the rest of the language when words were missed and knowing how to put on an impressive manner when receiving distinguished visitors… she impressed many… [She was] cultured, humane and always aware of the human being under the national.”

Heartily sick of the hymn “Marching to Zion,” which the Quakers were teaching their Greek schoolboy choir, the eccentric Cooper surreptitiously tore that page out of hundreds of the school’s hymn books.

The Lochs, establishing a modus vivendi with Cooper, remained at the school for a number of years and also established a girl’s campus. Joice Loch took ten of the gambusia fish which the school imported from Italy to prey on mosquito larvae as an anti-malarial measure and placed them in a small pond for observation. They multiplied and were distributed throughout malaria-infested Macedonia.

Through their careful management and diligence, by 1926, the school bosted a dam, pigs, cattle, gardens, vineyards, carpentry and blacksmithing workshops and an electricity generator. Although the community was a multicultural one, intercommunal strife was kept at a minimum, Joice Loch observing that it was: “the friendliest, least scandalous foreign community in the Balkans.”

It was while spending the summer near Mt Athos in 1926, that Joice Loch discovered the edifice that would become her last home in Greece and with which her legacy is associated. This was the Byzantine tower of Phosphorion in Ouranoupolis. Erected by Emperor Andronikos Palaiologos in 1344, it had been gifted to Vatopedi Monastery and only cleared of monks in the previous year. Joice recorded her discovery in her memoirs, highlighting the desolate plight of the refugees:

“The tower fascinated us from the first moment we saw it… Half the inhabitant were already there…and their houses – wretched, cement boxes – were waiting for them. It was an appalling place for anyone to settle, especially for people who had come from a much richer country. The land was decaying, granite, heavily covered with a thick thorny scrub. Here they were expected to
farm.”

While periodically returning to the school, Joice Loch and her husband were sufficiently moved by the parlous condition of the refugees of Ouranoupolis, many of whom were starving. They decided to settle in the tower and to provide employment for the inhabitants. A chance offer by a refugee rug-maker to weave her a carpet gave Joice the inspiration she needed to set up, in the face of opposition and disbelief by critics, a domestic rug-weaving industry, using local materials and purchasing looms and other equipment.

Via a process of experimentation with local plants and careful consultation with the native inhabitants, Joice Loch was able to develop viable fast dyes. She also took a leading role in designing the rugs, ensuring that they told a story and were replete with symbolism. For example, her “Creation” rug, which is now exhibited in Sydney’s Powerhouse Museum, features a circular motif comprised of a double-headed dragon which is biting itself and exhaling evolving plant and animal life, a profound metaphor for renewal. As a result of her efforts, otherwise unproductive members of refugee households were able to find gainful employment, relieving their dire poverty and empowering them with a sense of self-worth. The carpets were generally considered by connoisseurs to be of high quality. One of them won an award and according to historian Hugh Gilchrist, one was even purchased by Adolf Hitler.

Joice Loch, in absence of a doctor stationed at the village, also provided rudimentary health care to the refugees and during the devastating earthquake of 1932, she worked for 45 hours treating villages and even baking bread on the flotilla of British ships that arrived to assist, in order to relieve their hunger. Moving between the school and Ouranoupolis, Joice Loch continued her welfare work for many years. During the Second World War, she would go on to perform other heroic feats, such as masterminding Operation Pied Piper, where she saved a thousand Polish and Jewish children from the Nazis in Romania and arranged for their evacuation to Cyprus.

Ethel Cooper remained at the school until 1928, after which time she travelled around Greece alone on a donkey, photographing the ruins of Corinth after the 1928 earthquake. The Quakers freely acknowledged the importance of her work: “The development of the Centre has owed much to her initiative, powers of organisation and knowledge of the Greek language.” Returning to Australia, she worked in Intelligence during the Second World War.

By the selfless acts of kindness of two of Australia’s most remarkable women, thousands of shattered Asia Minor refugee lives were saved and thousands more given direction, purpose and dignity. While in Australia Joice Loch is celebrated more for her lifesaving work with Jewish children and Ethel Cooper is commemorated more as a musician, both of these ladies compel the gratitude of the Greek Australian community. Without their philanthropy, we would be much diminished.