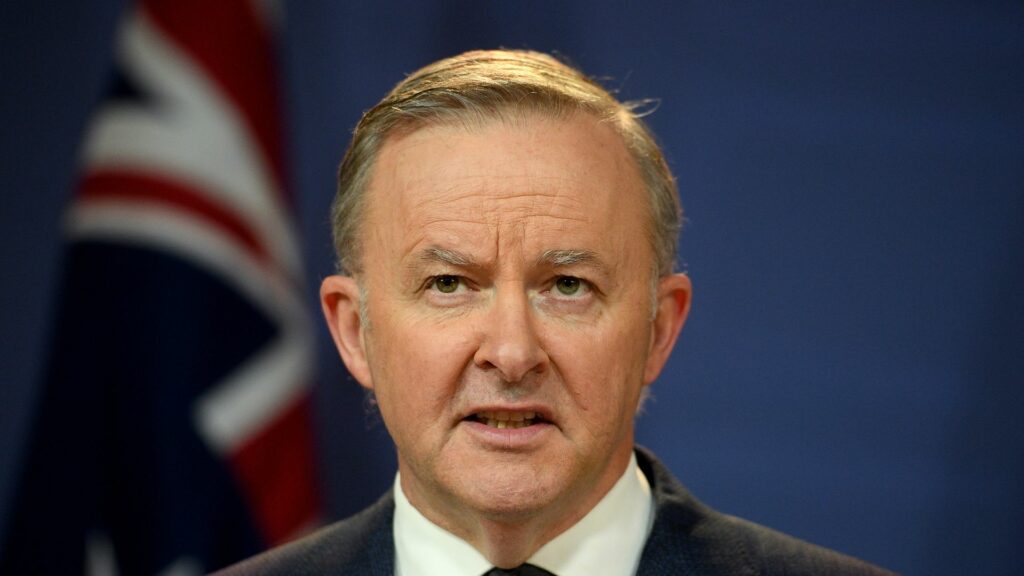 Former Labor prime minister Paul Keating once said that when our government changes, our nation changes.

While the Morrison-Joyce government’s focus is short-term political and media management, the election of a Labor government will fundamentally change our nation for the better.

Labor has a plan to rebuild the Australian economy so it is stronger and more resilient than it was before the COVID-19 pandemic.

We want to look beyond the short term and build a stronger Australia. Our guiding principle is simple – no one held back, no one left behind.

We drive jobs growth across the broader economy by embracing renewable energy to slash power prices. Lower business overheads will allow businesses to create more jobs across the nation.

Labor will also harness the power of government purchasing to create more jobs.

Wherever possible, we will use Australian suppliers to meet our own needs in areas such as defence and infrastructure projects.

Likewise, we’ll implement a National Rail Manufacturing Plan to support train manufacturers across the nation so they can meet the demand of state governments for trains for new public transport projects. That’s smarter than sourcing them from overseas and will create jobs in Maryborough in Queensland, Newcastle, Bendigo, Ballarat and Dandenong.

New jobs will require new skills. But the Morrison government has overseen a collapse of our training system, with at least 100,000 fewer Australians undergoing apprenticeships or traineeships today than when the Coalition was elected.

Labor will rebuild the training system with the TAFE system at its heart.

A new, independent organisation to be called Jobs and Skills Australia will work with employers and unions to collect the data needed to ensure we teach Australians the skills they need for long-term employment, not just in manufacturing, but also industries dominated by women, such as the caring economy.

Labor will strengthen the middle class with a new emphasis on job security.

About 4 million Australians are in insecure jobs. They lack the certainty needed to plan ahead or qualify for a home loan.

That’s not good enough. We’ll enshrine the concept of job security in the Fair Work Act, end exploitation of casuals, deliver a better deal for gig workers and make wage theft by employers an offence under the law.

We’ll also prepare a white paper on full employment – a blueprint for a modern employment system that better balances flexibility and security and charts a course to ongoing prosperity for business and employees.

Labor would also cut childcare costs for 97 per cent of families. We want to make it easier for parents to work the hours they want. This will boost family incomes, lift workforce participation and productivity and reduce the gender pay gap.

Australia needs a stronger federation – one in which governments at all levels work together to advance the national interest in areas such as health, education and regulation.

The Morrison-Joyce government’s model for dealing with states has been partisanship and conflict. We’ve seen this particularly with the COVID-19 pandemic, when Scott Morrison has picked fights with Labor states to obscure his own errors on vaccination and quarantine.

A Labor government will take its lead from the great Bob Hawke’s example of consensus building. We see states and councils not as rivals or opponents, but as partners in national progress. The same goes for business and trade unions.

Australians are sick of fighting. They want outcomes.

Australia has a once-in-a-generation opportunity to create new, secure jobs and transform our economy, particularly in regional Australia.

We must develop new manufacturing ventures that add value to our existing resources and agricultural products. But to strengthen regions, we must ensure they have the roads, rail and other infrastructure necessary to facilitate growth.

For nearly a decade, the Coalition has abused infrastructure investment to rort the public purse.

We’ve had “sports rorts” as well as “carpark rorts”, in which, according to the Auditor-General, infrastructure grants were doled out according to electoral considerations, rather than demonstrated need.

Labor will create a National Anti-Corruption Commission to prevent this type of blatant rorting in the future and invest in infrastructure to lift productivity, not to buy votes.

After nearly a decade of Coalition government, it’s time for a real shift in the way we run our national affairs.

We need to renew our focus on the Australian people and their day-to-day needs and move away from the division and blame shifting that have put a handbrake on real progress for our nation.

*Anthony Albanese is the Leader of the Australian Labor Party.
This opinion piece was first published in the Australian Financial Review on Tuesday, 28 September 2021.