How Gladys Berejiklian became the Queen of Hearts 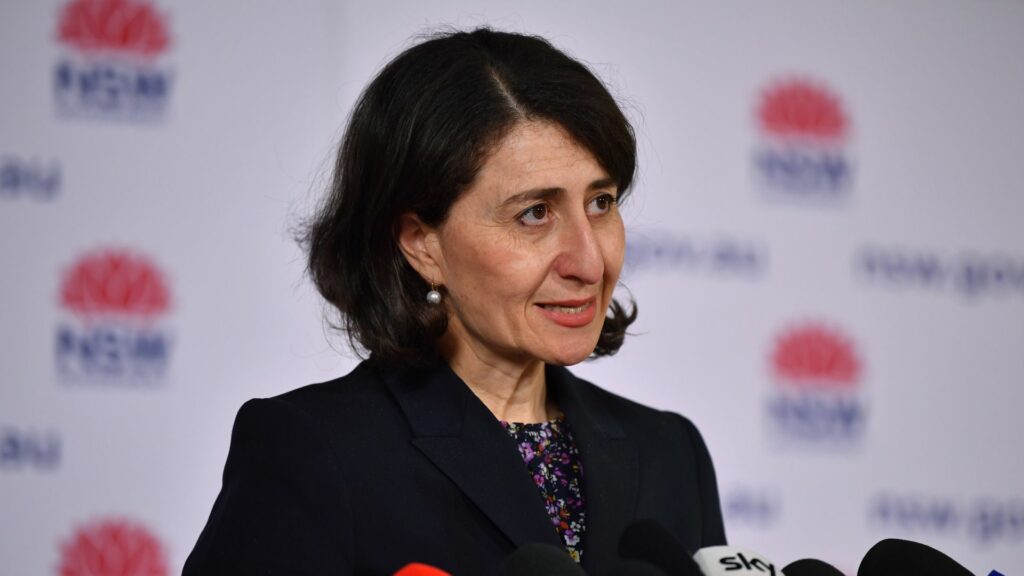 The past fortnight certainly did not send Gladys Berejiklian off in a blaze of glory.

Her shock resignation had all the makings of a Greek tragedy with Berejklian falling under the NSW Independent Commission Against Corruption’s quasi-judicial sword.

But unlike a Greek tragedy, Gladys Berejiklian’s exodus inspired discussions within me, not of morals, but of sacrifice, strength and grace.

To me, her reign as the Queen of Hearts is one for the history books.

Not your average Joe

The political world is led by process and tradition to keep populations safe, secure and living their lives in a predictably familiar fashion. Speeches are given and rules decreed with a pragmatism that seems to forever trump ideals. Yet humans thrive on heart and connection.

It is a complicated dance.

However, Gladys Berejiklian was not your usual politician.

The election of Gladys Berejiklian was a turning point for Australian migrants and women.

She led New South Wales through the drought, the Black Summer bushfires and now the seemingly ceaseless COVID-19 pandemic.

Throughout the pandemic, we could always rely on Gladys to show up with consistency. And in a world turned on its head, consistency and dependability is worth its weight in gold.

She spoke to us directly at 11am on most days. She never pretended to be something she was not. She sported dishevelled hair like we all did, reminding us that she understood what we were going through because she was going through it, too. Despite a sometimes necessary political pragmatism, she was still human like the rest of us.

Fiercely empathetic, Berejiklian entered our lives, our homes and dare I say, our hearts, as she led NSW through some of its darkest hours.

But above all, her greatest achievement was making migrants and women feel seen.

A boat load of inspiration

To better understand Gladys Berejiklian’s impact on migrants, it is important to know that her grandparents were orphaned during the Armenian genocide and her parents lived as refugees in the Middle East, Syria and Jerusalem before moving to Australia where they met.

It’s an incredible tale that shaped Berejiklian’s childhood and outlook on life that many migrants can relate to. My own grandfather moved his family to Australia by boat in search of a better life just before the Cypriot war. Resilience was and is never a choice for migrants. It is a matter of survival.
Berejiklian knows resilience. Intimately. She withstood media scrums, comments on her marital status and judgements on her appearance. She took a beating from all sides, yet she still came out a winner. She eventually became the most popular Premier NSW has ever had.

Like Gladys Berejiklian, I had a long last name (Christodoulou) until my grandfather shortened it to Costi. He felt that it was too long for Australians to pronounce and worried that his children and grandchildren might get teased for being a “wog”. You see, while it may just be “a name”, it held weight. It held the truth of hardship and suffering. But rather than sitting in this truth, Gladys Berejiklian showed me that you could have a long, difficult to pronounce surname and still be a female Premier of New South Wales. Truth became synonymous with strength and possibility.

Gladys Berejiklian’s mother was a nurse and her father was a welder, respectable jobs with long hours for migrants who were building a better life. My dad had his own fish shop for 30 years, rose at 2:30am to start his day and arrived home at 7:30pm at the end of it, while my mum raised us. I can guarantee that many other migrants have similar stories. They work tirelessly to give their children the opportunities they did not have and the jobs they could only wish for.

My parents were obsessed with my siblings and I going to university to give us the chance to live the lives that they never had. Gladys Berejiklian’s were, too. A hard work ethic was non-negotiable and a sign of a successful upbringing. “Working for you” was the slogan Gladys Berejiklian chose in 2017 when she became Premier. Her deeply ingrained belief to do more and be more for herself and for others was suddenly at the forefront of every political speech, move and decision she made. She lived and breathed this slogan throughout her entire tenure.

Growing up, I often worried that being female and Greek-Cypriot would hold me back. Gladys Berejiklian, however, showed me that your background or gender is not something that can keep you from shining. It is not an issue, a shortcoming or a weakness. If anything, they are a strength and a gift. You are good enough regardless of the skin you are in.

In a room full of middle-aged, privileged white men, Gladys Berejiklian provided migrants and women with a real-life example of someone they could aspire to be. She showed a boat load of people that regardless of the colour of your skin, the language you spoke, your traditions or where your parents came from, you could still achieve great things. The saying rings true: “You cannot be what you cannot see”.

READ MORE: Turkish Cypriots react to Berejiklian’s message for the anniversary of the invasion

Gladys Berejiklian paved the way for innumerable migrants and women to live lives full of hope, confidence, possibility and grace. And for this – regardless of what she has or hasn’t done – migrants and women thank her. I just hope that this momentum has not been shifted with the swearing in of another middle-class, middle-aged, white man.

Stefanie Costi is a Greek-Cypriot Australian-born lawyer and writer. Her work has been published in The Australian Financial Review, The Australian Women’s Weekly, Lawyers Weekly and Women’s Agenda.