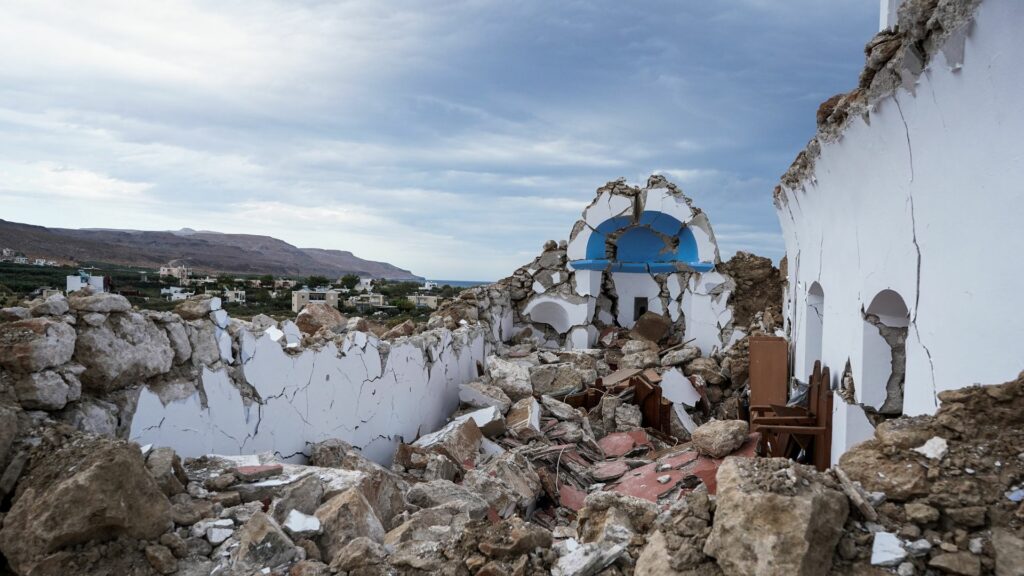 A strong earthquake was measured at 12.24 pm on Tuesday Greek time.

Eastern Crete shook at 12.24pm due to a strong earthquake, 23 kilometres east of Zakros.

The European Mediterranean Seismological Centre said the powerful magnitude 6.3 earthquake struck at a depth of 2km and was felt around the island just two weeks following another quake on the same island.

Cretalive reported that the little church of St Nikolaos at Xirokampo Siteia incurred damage from the quake.

Another quake, measuring struck the holiday hotspot of Karpathos in the Mediterranean Sea and measured 6.2 in magnitude.

Both islands are favorite hotspots.

It is not yet known if the quakes caused damage or injured people.