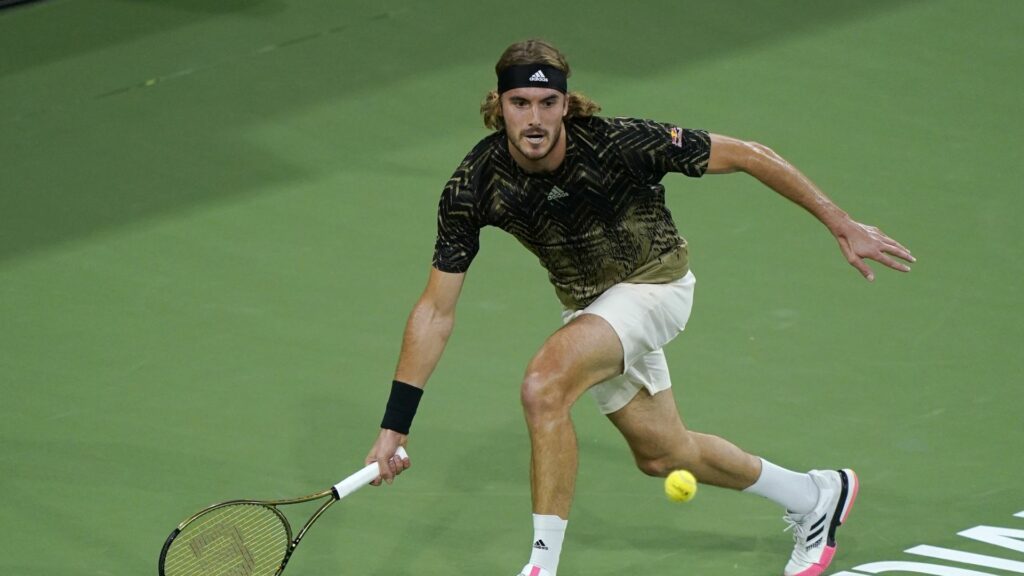 Second seed Stefanos Tsitsipas has bolstered his way through to the third round of the BNP Paribas Open in Indian Wells for the first time in his career.

The Greek took a 2-0 lead in the opening set, breaking Martinez’s serve with ease, but his unseeded opponent did not let up as easily in the second set.

Martinez took his momentum and raced ahead 3-1 in the second set, but the World No. 3 snapped himself back into the zone, and snuck up to close out the match with the finesse he’s come to be be known for.

“Well it’s been a great night for me. The first time playing a night session here on this court,” Tsitsipas said of his third appearance in the ATP Masters 1000 tournament in the Southern California desert.

Tsitsipas fired 23 winners in the 93 minute match, claiminf 63 per cent of first-serve points and 80 per cent on second serves. He also made only six unforced errors in the match.

“I’m pretty happy with the way I fought and found a way to clinch that victory at the end,” Tsitsipas said during his post match interview.

Tsitsipas was face off against Italian Fabio Fognini tomorrow at 1:15pm AEDT.

Maria Sakkari didn’t have as much luck as her fellow countryman, getting knocke dout of the tournament by Swiss tennis player Viktorija Golubic.

Despite the loss, Sakkari has got her sights set on making a WTA Finals debut.

“It would sound crazy and stupid if I said that I’m not motivated because I’m trying to achieve one of the biggest goals of my career, for the first time, which is the WTA Finals, and I’m more motivated than I was in the first week of the year, because, yes, it is the end of the season and I know that other players are tired, and I know that other players don’t have that goal,” Sakkari said during her pre-tournament press conference.