After their first loss during the World Cup qualifiers campaign, Socceroos coach Graham Arnold is urging the NSW Government to let the team return home to play. Australia have had to play 11 of their 12 qualification matches for Qatar 2022 thus far away from home due to scheduling, and the impacts of the global COVID-19 pandemic. 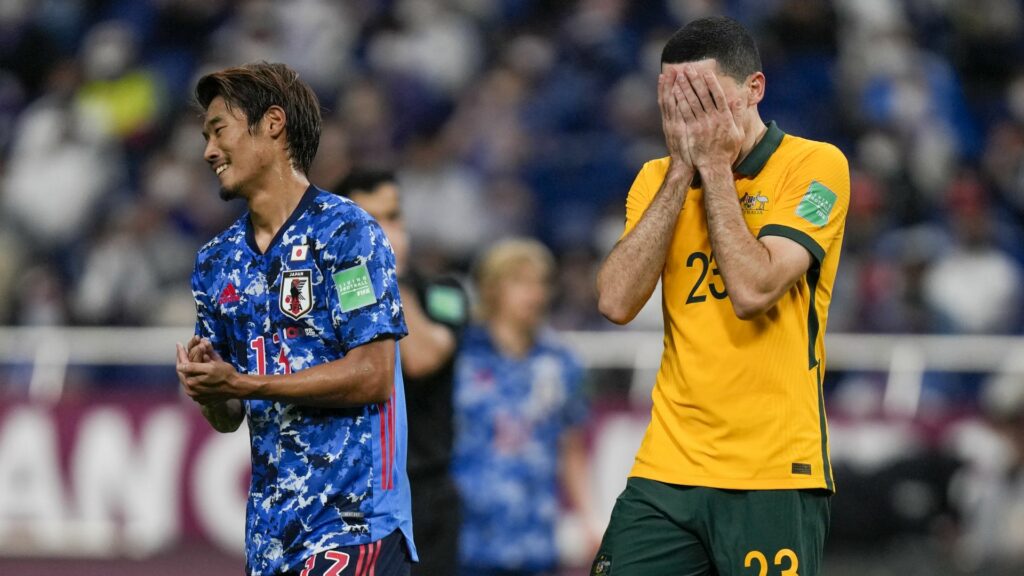 The Socceroos’ 11-match World Cup qualifiers winning streak came to an end on Tuesday evening, with Australia losing 2-1 to Japan in Saitama in front of close to 15,000 fans.

Midfielder Ao Tanaka kicked off the first goal of the match, giving Japan an early lead in the eighth minute. The game did not see another goal for another hour up until Ajdin Hrustic rifled a fierce left foot strike beyond Japan custodian Shuichi Gonda in the 70th minute of play.

Japan’s second goal came as a result of a forced error, stemming from Takuma Asano cross, which deflected off Trent Sainsbury and spooned up in the air. While Socceroos’ stopper Maty Ryan got a glove on the ball, his touch could only divert the ball onto the post and, unfortunately for Australia, this chain of events resulted in the ball being knocked over the goal line by retreating defender Aziz Behich.

“I was very happy and very proud of the performance,” Arnold said.

“Our win record is over, but we still hold that record and it is a fantastic achievement by the players – I am very, very proud of them. We can stop talking about that now and we can move forward with the World Cup campaign.”

Playing a home game always has its advantages and Arnold said he believes the Japanese crowd played a significant role in helping will the Samurai Blue to success in Saitama.

The coach called on the NSW Government to help the Socceroos in their FIFA World Cup Qatar 2022 qualification campaign by allowing the team to play games in Sydney, in front of as many fans as possible, from November onwards.

“I think the crowd had a big part to do with that (Japan coming home strongly). I have watched Japan play the last three games without a crowd and their energy was nowhere near where it was tonight. I am reaching out to the NSW Government and really appealing them to help us on our journey for our World Cup pathway (and) that they really help us by allowing fans in the Stadium,” Arnold said.

“I do believe that the second half we kicked into gear, we fought the crowd, we did very well, we got back to 1-1, and then probably again the crowd noise, the energy the crowd gave the players in the last 15 minutes helped get them home. So again, I just really appeal to the Government to help us on this journey to qualify for a World Cup. NSW is open now, please help us – we need our crowd back.”

Hrustic is keen for the game to be brought to Sydney next month, with the green and gold due to host Saudi Arabia in Australia on 11 November, before playing China PR away.

“There have been rumours that we will play back at home again,” Hrustic said.

“The most important thing for us is that we need energy … and we need our 12th man, and that’s our fans. We will hopefully go back home, but with fans it will be great. You saw that we needed it in the last dying minutes.”