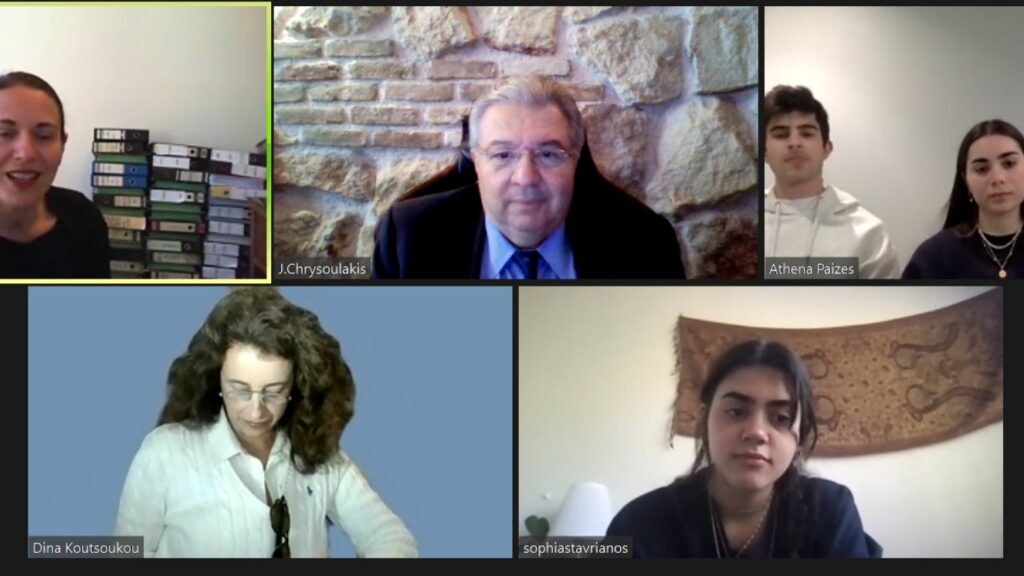 Secretary General for Greeks Abroad and Public Diplomacy John Chrysoulakis is on a mission to create a communication network for young Greeks from all over the world.

The network aims to connect the new generations of the Greek Diaspora with young Greeks in Greece.

Mr Chrysoulakis kicked off his first meeting by meeting with the board of the newly formed Greek Students Association at the University of Western Australia (UWA) and the Consular Authorities of Perth.

At the meeting, the General Secretary informed the young Greeks about the initiatives of the General Secretariat of Hellenes Abroad, pertaining to the encouragement of Greek language studies (International Greek Language Day, staellinika.com, Study in Greece program) and for the new, English-language programs across Greek universities.

READ MORE: Perth, get ready to be conquered by Greek-Australian students

Mr Chrysoulakis explained that the main goal of the English-language programs at Greek universities is to attract foreign and young expatriate students, mainly third or fourth generation, who may not speak sufficient Greek and who did not have the opportunity to study in Greece due to the language barrier.

To conclude the meeting, Mr Chrysoulakis stressed that the goal of the Greek government is to strengthen the role of the Greek Diaspora and announced hosting programs for the summer of 2022, which will enable young Greeks to visit their family’s country of origin and get to know other Greeks of the Diaspora, ensuring the implementation of a global communication network for the new generation of Greek Expatriates.

The Greek UWA students expressed their excitement and willingness to contribute to the new initiative.