Nick Xenophon hints at a return to politics 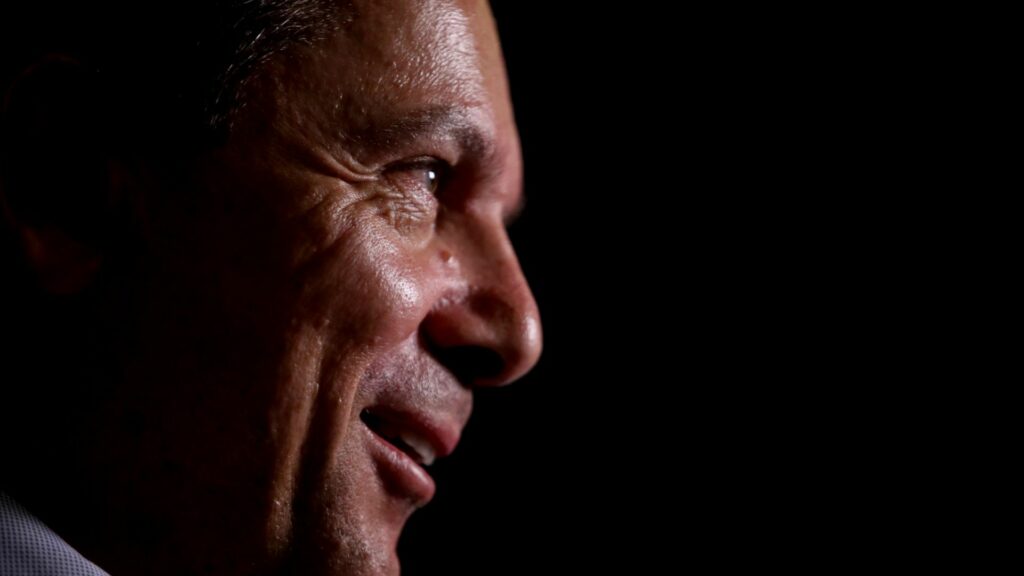 Staying true to his reputation as a controversial and unpredictable, lawyer and former senator Nick Xenophon has hinted at a return to politics in the next elections.

Mr Xenophon, who was a senator for South Australia from 2008 to 2017, told Neos Kosmos he is still of two minds as to whether he would pursue a federal comeback.

“I have not yet made a final decision. If I decide to enter parliament again, I’d come back as independent. That’s where my natural habitat is, being a pesky, persistent independent,” Mr Xenophon said.

Quitting politics after failing to win a seat for himself at the 2018 SA election, Mr Xenophon did not live up to pre-election predictions of winning a third of first preference votes.

His departure was a major disappointment for his SA Best party, where during his almost decade-long stint in federal parliament, the Australian-born senator of Greek-Cypriot heritage, acted as a critical vote on the Senate crossbench.

The 62-year-old had resigned from politics in 2017 at the height of the dual citizenship scandal, after he announced he was unsure whether he was a dual citizen which would have made him ineligible to run for parliament.

However, the High Court later found Mr Xenophon was validly elected and able to run for office.

He turned his attention to South Australian politics, running for a lower house in the 2018 state election under the SA Best party, which failed to secure a Lower House seat despite running 36 candidates.

Mr Xenophon was defeated by the Liberals in the seat of Hartley.

The former political maverick made clear he would not be running along his former colleagues in the Centre Alliance — the party he himself created, and that formerly bore his name.

The former Senator detailed what steps he had taken in that direction, saying his former Centre Alliance colleagues, senators Stirling Griff and Rex Patrick, were aware of his position.

He said he had not “directly” spoken with Senator Patrick, who quit the Centre Alliance and established his own breakaway party earlier this year, but the two of them have exchanged a few texts, where Mr Xenophon has made him aware of his intentions.

“Stirling Griff who, of course, is in the Senate has been quite warmly encouraging, and I can’t ask more than that,” said the former senator, ruling out the possibility of rejoining Mr Griff and Member for Mayo Rebekha Sharkie, who remain in Parliament as Centre Alliance MPs.

Since bowing out of politics, Mr Xenophon took up the cause of Sydney ugg boot manufacturer Eddie Oygur, accusing the federal government of not doing enough to support him.
In April, Mr Oygur lost a US court appeal against Deckers after the footwear giant successfully sued Mr Oygur for trademark infringement over the sale of around a dozen products into the US.

“I am still focused on bringing the ugg name back home and what that would mean for the country,” Mr Xenophon said.

He has been acting on Mr Oygur’s behalf since 2018 and now wants the federal government to provide further financial support – after a previous commitment of about $200,000 – to take the case all the way to the US Supreme Court.

READ MORE: “I don’t ever want to be a Greek or Cypriot citizen,” declares Senator Nick Xenophon

Asked whether he was suffering “relevance deprivation”, Mr Xenophon insisted his ‘threat’ was sincere and not another political stunt of the sort he became notorious for.

“It seems to me we’re talking about a lot of things in the country which I don’t think really resonate out there in the suburbs and in the bush, and I’ve learned that from being out of politics for a few years now,” he told the ABC.

“I’m serious about that, although, a bit like Al Pacino in The Godfather, once I thought I was out and now they’re trying to drag me back in,” concluded Mr Xenophon.