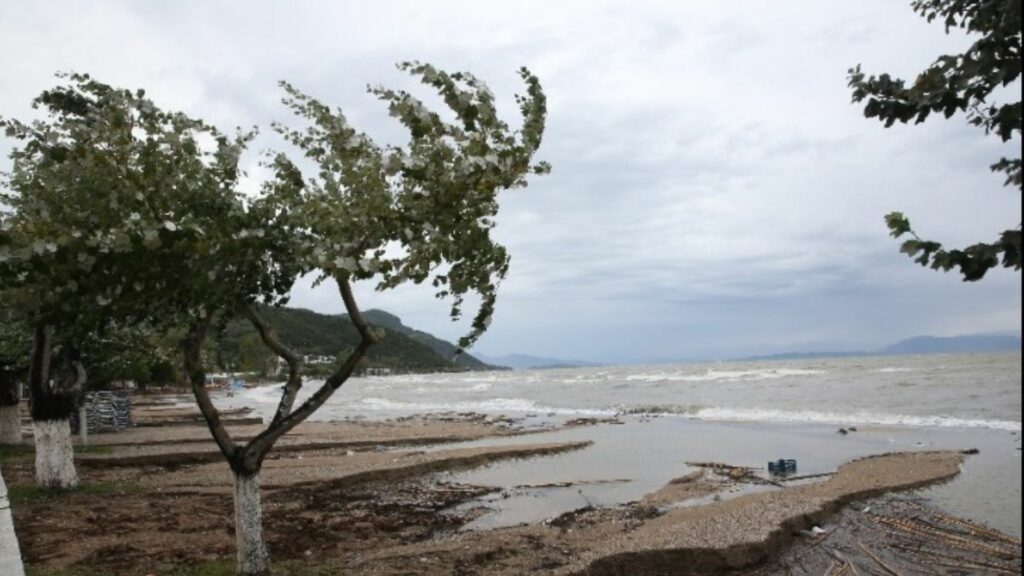 Rainfall in Attica was heavy during the “Ballos” weather phenomenon that struck as of midday on Thursday, the National Observatory of Athens/Meteo.gr reported on Friday.

In the 24 hours between Thursday afternoon and Friday afternoon (Oct. 14-15), the hardest hit section of Athens was Patissia with 181mm, followed by Ambelokipi (174mm) and the suburb of Peristeri (170mm).

Fortunately, areas that lost trees during the August fires received less rain, except for Tatoi park NE of Athens, where rainfall reached 125mm over the same period.

In terms of equivalents, 1mm of rainwater corresponds to 1 ton of water per stremma (10 hectares). Therefore, during 24 hours, a total of 181 tons of water fell on Patissia per stremma. It should be noted that the annual cumulative rainfall in Athens is close to 400mm.

Rain and scattered showers and winds from variable directions are forecast for Saturday, but from midday on they will be restricted to the NE mainland, the Peloponnese and the Aegean.

Athens will see scattered showers in the morning with gradual improvement, and temperatures of 16C-22C. Thessaloniki will have similar weather but with lower temperatures, 10C-16C. 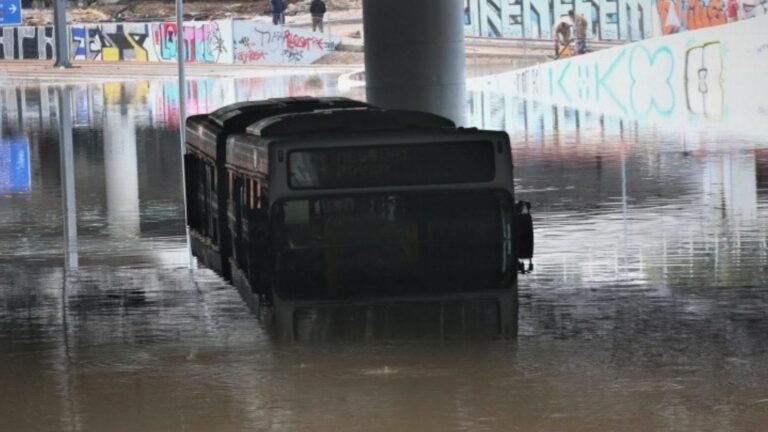 The Athens prosecutor’s office is investigating the reason a city bus on the Faliro coastal highway area was trapped and became submerged in flood waters under a pass during the torrential rain on Thursday, it said on Friday.

Photographs of the bus made the local and international news, showing passengers trying to wade through water a meter (3.3 feet) deep by formin a human chain, for fear of being carried away.

The case was assigned to criminal prosecution head Antonis Eleftherianos, who will examine among other issues whether every agency responsible has carried out needed antiflooding projects property and whether safety measures were observed.

According to OSY, Road Transporation SA, the city bus was heading from Voula to Piraeus. “At 14:45, at the bridge of the old coastal road to Piraeus (at the “Stavros Niarchos” Foundation area),” it said, “and while the vehicle was carrying out its schedule as usual, since there was no ban on through traffic, a large volume of water from nearby projects started flooding the bridge [underpass] in a few minutes, and the engine shut down. Immediately and calmly, the driver let the passengers off and informed the Fire Brigade, as well as the relevant department of the company.”

According to reporters present at the site, the vehicle had over 25 passengers. The driver saw them off before he abandoned the bus, which by that time was half submerged in water.