It took four postponements and some wracked nerves with six lockdowns in between, but their commitment paid out. Christin and Peter have officially tied the knot 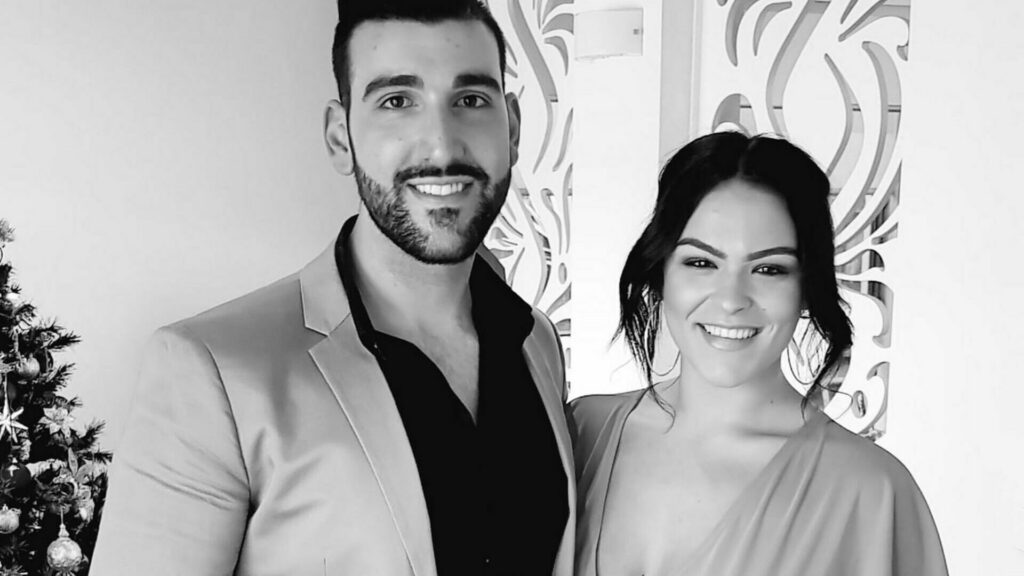 Weddings became a pandemic victim time and time again during 2020 and 2021.

And Melbourne’s six lockdowns did not leave many opportunities in between for prospective newlyweds.

If you are a resident of the world’s most locked down city, chances are you know of at least one couple who got affected.

But while not uncommon, the story of Christin and Peter Kelidis immediately caught our attention.

Why? In full disclosure, partly due to the groom being a member of the Neos Kosmos family, having served you, our readers, in the past as the newspaper’s in – house graphic designer. So, having a soft spot for the couple’s story is not something we hide.

But there’s also a newsworthy element, hard to go unnoticed.

The couple’s wedding got postponed not once, nor twice or even three times, but four.

“We made it! It just took us five times,” Peter Kelidis exclaimed laughing. “Every single time we would set a new date, we’d get caught in a lockdown.”

And while now is a time to rejoice and even make a joke of their wedding saga, that was hardly the case whilst going through it.

“The first attempt was over a year ago, in September. So many dates followed, that honestly my mind went blank. It was tough on both of us.”

And his wife, Christine, had to suffer an extra disappointment, being the one in charge of notifying guests upon every cancellation. Meanwhile, luck seemed to play tricks on the couple with their anticipation reaching a peak before hitting ‘on hold’ mode once again.

“We’d go ok ‘where do we begin?’, ‘what do we change?’, how do we know what’s available in the next two months, and that’s not even guaranteed. When we were postponing the dates, we weren’t postponing for say two weeks, but four to five months forward.

“Luckily things were lining up for us. We would find availability for everyone, reception and church, photographers and the whole lot. But when the time would approach, unfortunately it wasn’t going ahead.”

It was only at the fourth arrangement that they were eventually allowed even under restrictions to have ten people in church.

“But that wasn’t really going to cut it for us at the time.”

After a full year of hurdles, fifth time was the charm for Peter and Christin. But they did it on their own terms.

“We brought the celebrant at home, gathered with close family, cut a cake and had as much fun as we could. 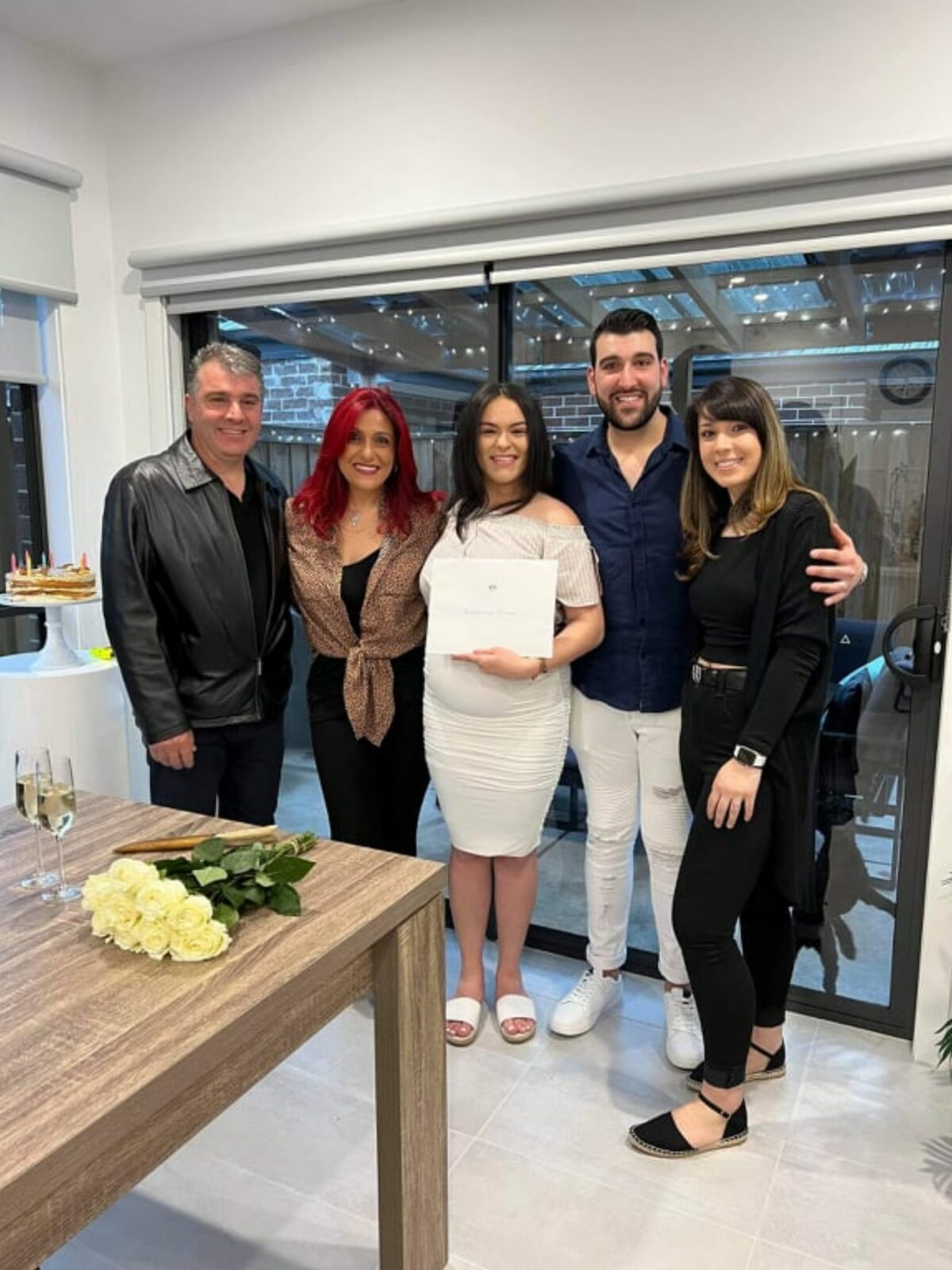 “We’re thinking of having our church wedding around September, and get married as we wanted to,” says the groom who made sure to secure the blessing for their move from their priest.

Christin and Peter are now over the moon, having officially kickstarted their Kelidis family.

But it’s not just thanks to wedding rings finally landing on their hands. A baby on the way has added to their joy. 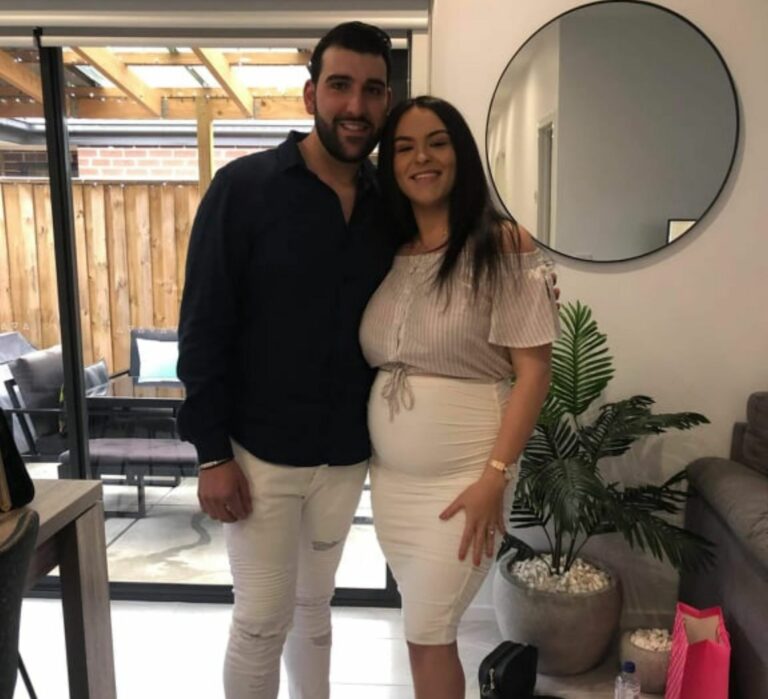 Mr Kelidis says the wedding postponement was one of the many struggles they had to face over the past year.

“When it happened, we just felt relief, as if a weight was lifted off our chest.

The young family, ready to welcome its newest member, seems to already know how to get through difficulties as one.

We knew we really wanted to get married, we were always together in being excited about it and that was the only motivation when we would get the bad news. Now, with the baby coming it’s a real blessing.