The Baklava wars: A sweet dish that has sparked a few diplomatic episodes 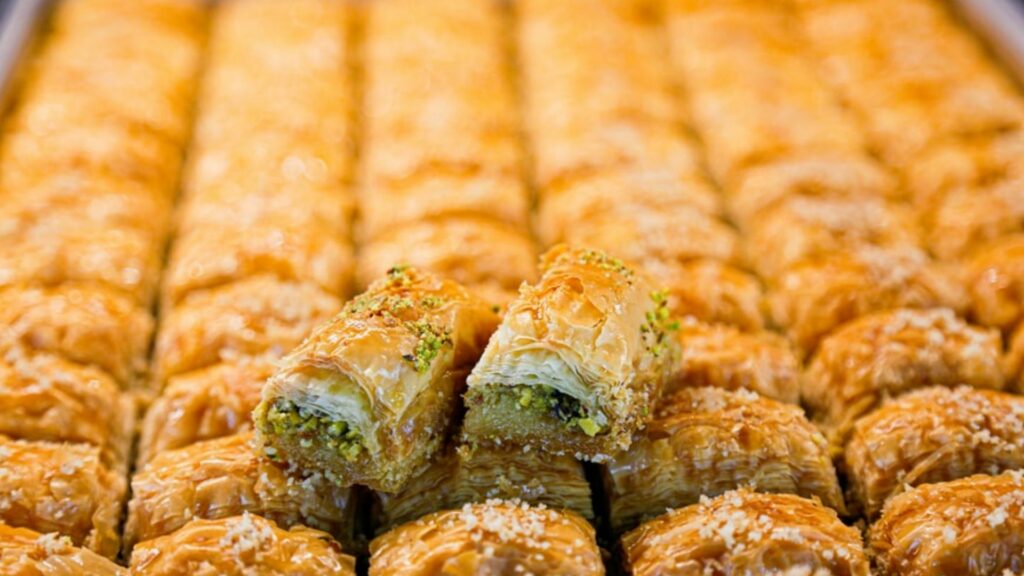 Both Turks and Greeks agree that the Baklava is delicious. Photo: Unsplash

The baklava wars have been on between Greece and Turkey for decades.
When European Union posters featured the baklava as a Cypriot invention, Turkish makers were up in arms. At a White House dinner honouring Greek Independence Day in 2012, New York-based chef Maria Loi offered President Barack Obama baklava, which he loved. The Turkish press took the story and published a series of angry denunciations as to how the US President said he loved “Greek baklava”.
Truth is, having originated under the Byzantine Empire, before the Ottoman conquest, it was widely enjoyed by sultans during the 400-year Turkish Occupation.
The classic Greek baklava recipe consists of walnuts and cinnamon layered between phyllo dough and honey syrup.
Such traditional syrupy desserts are known as ‘siropiasta’ and are popular.
Below is a traditional Greek baklava recipe:

READ MORE: And now for something completely new: Baklava milkshake

2. Make the honey syrup by placing sugar and water in a saucepan and stirring until the sugar dissolves. Bring to boil and then lower the heat and let it simmer for 25 minutes. Add lemon juice and then let the syrup cool and thicken as it sets.

3. Brush the interior of a baking pan with some of the melted butter. Take one sheet of phylo and place it in the pan, brush the top of the sheet with melted butter. Repeat this process until you have used up 1/3 of the phyllo pastry, buttering each layer.

4. Add half of the nut mixture evenly over the top layer of phyllo.

5. Continue layering another third of the phyllo layers while adding butter between the layers.

6. Add the rest of the nut mixture evenly over the top layer.

8. Use a sharp knife to cut the pastry into diamond shaped pieces about half an inch in depth.

9. Bake the baklava dish in the oven from 35-45 minutes until the top of the baklava turns golden brown. Skewer to insure the centre comes out clean.

10. Once the baklava is baked and ready, pour the cooled syrup evenly over the top.

11. Let the baklava sit for at least an hour to allow the phyllo layers to absorb the honey syrup.