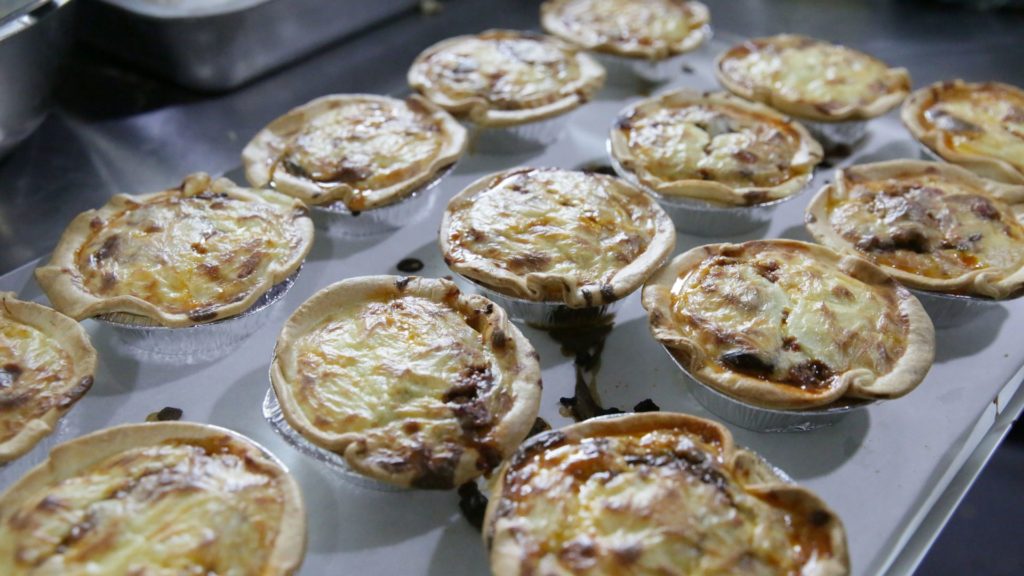 An upmarket Greek bakery, cafe, zacharoplasteio, known as Alevri, aims to showcase the flavour, diversity, provenance and sheer quality that Greece has to offer and Aussies yearn for. But while it pays homage to its Greek roots, it’s also not denying its own hybrid Greek Australian identity with a number of foods on the menu that include everything from baklava cheesecakes to – wait for it – the moussaka pie!

Melbourne-born creative cafe entrepreneur Aki Daikos was born in Port Melbourne, grew up in Sydney but lived in Athens and Thessaloniki during part of his childhood. Neither totally here, nor there it was his passion to create a franchise that would work just as well in Dulwich Hill as it would in Glyfada, on the Greek coastal strip dubbed as the Athens Riviera.

So he and his wife, Kathy, and their legendary team, got together to bring the dream to fruition last month, after 20 years in the making.

“Hospitality is in our DNA through the teaching of ‘Philoxenia’, which is literally translated to ‘friend to a stranger’, even though at Alevri there will be no strangers, everyone’s considered family,” Mr Daikos said, adding that the Greek saying that says ‘san to spiti sou’ that loosely translate to ‘feel at home’ is the aim that the team is reaching for. “After being in involved in various successful cafes and businesses in the hospitality industry, it was my passion to create a place like Alevri,” he told Neos Kosmos, referring to the Greek ritual of going to the local bakery and choosing from a wide selection of home-made breads and pastry dishes.

Mr Daikos said that there’s a real gap in the market for Greek daily eats like you would find in Greece and enjoy in a place where you can take your time to relax, unwind and savour the flavours of Greece without actually being there.

Aki and Kathy wanted to also create a signature dish and a dessert unique to Alevri that combined both the authentic Greek ways and the Aussie life.

“Walking down the streets of Kifissia while on holiday there 12 months ago, we were doing what Kathy and I do often – brainstorming ideas for Alevri,” said Mr Daikos. “We thought ‘let’s do something crazy that combines the best of both worlds’ and that’s how we came up with the moussaka pie that is Aussie on the outside and Greek inside, topped with bechamel sauce. The reception was phenomenal and we’ve been blown away by the media reception and have even been on Broadsheet. And for our signature dessert we have the baklava cheesecake.”

Mindfulness permeates throughout Alevri, where the smells and aromas of Greece mix with those of traditional Greek frappe and Greek coffee made in the sand (hovoli) that is even hard to find in Greece where few establishments still take the time to prepare coffee in this way.