Andrew Liveris, the former chair of The Dow Chemical Company says a global emissions trading scheme is the best way to make progress on carbon reduction 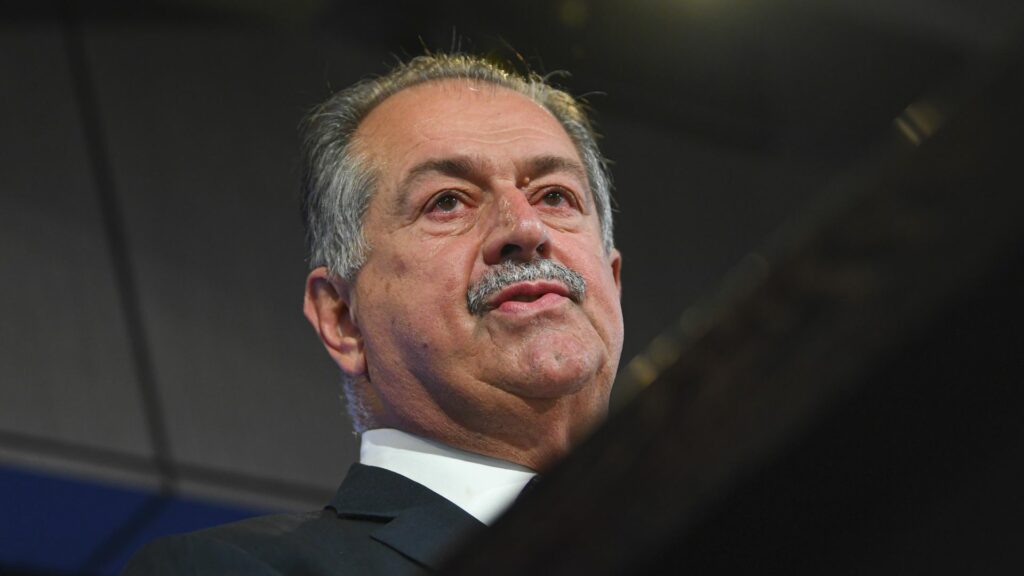 Andrew Liveris is a Darwin-born Greek Australian, former chairman and CEO of the Dow Chemical Company, and the man who advised former US presidents Barack Obama and Donald Trump. Photo: AAP Image/Lukas Coch

“Governments are asking business to lead the way because they can’t get consensus within their own parties, let alone other parties,” Mr Liveris said at the COP26 summit in Glasgow.

There are two main types of carbon pricing: the emissions trading systems (ETS) and carbon taxes. ETS is also called the cap-and-trade system, the cap ensures that the required emission reductions will take place to keep the emitters (in aggregate) within their pre-allocated carbon budget.

A carbon tax directly sets a price on carbon by defining a tax rate on greenhouse gas emissions or on the carbon content of fossil fuels thus, it is different from an ETS. This is because the emission reduction outcome of a carbon tax is not pre-defined, but the carbon price is. Mr Liveris wants to make it a standard price that sets the pricing for those that are complying and for those who are not. In effect a user-pay system globally.

“Pretty much everyone in the business community has realised that the best way to make the most of the proclamations and progress here in Glasgow is to align behind a common way to price carbon, AKA an emissions trading scheme,” Mr Liveris said.

The corporate heavyweight’s comments are in concert with Australia’s former finance minister Mathias Cormann, who is working on establishing an international carbon pricing system through his new role as the secretary-general of the Organisation for Economic Co-operation and Development.

The Morrison government continues to resist the making of a carbon pricing scheme and Labor remains wary of proposing one given that it contributed to the party’s flogging in the 2013 election. However, business is stepping up under the leadership of players like Liveris and others.

“Whether we like it or not – and I think it’s true in Australia – the business community is often seen as aligned to the right. That has actually never been my stance. I’m aligned to the centre to get the best of both. “I’m not changing stripes. I’m just trying to get the answer that’s best for the country,” Mr Liveris said.

Mr Liveris contended: “can technology road maps scale new affordable, reliable energy without [a] carbon price? I give it a good chance, but a carbon price will make it even better.”

The US has no national carbon pricing program in place. That said, some states do, ie. California. Mr Liveris went on to say that he supports the Californian model and the programs that have been in place in the European Union for the past 16 years.

READ MORE: Mitsotakis: Citizens should not be burdened with green transition’s costs

“It’s one of these issues that, if not well explained, there will be a lot of resistance,” Mr Liveris said.

“So I’m not going to say this is low-hanging fruit. But I am saying it’s the next logical step.”

There is good reason to take notice of Mr Liveris’ remarks. Without question, he speaks from a position of influence and experience. Firstly, Barack Obama appointed him co-chair of his Advanced Manufacturing Partnership in 2011, and he is close to operatives in the current Democratic administration. Donald Trump recruited the Greek Australian to head the American Manufacturing Council in 2016 and proceeded to label him “one of the most respected businessmen in the world”.

Mr Liveris says his work on carbon pricing is likely to look like the initiatives he took when he rallied political and corporate support for Biden’s historic $US1.2 trillion ($1.62 trillion) infrastructure bill.

“My convening power is known by the government,” he said. “And if I’m asked to please help get the private sector to lead on carbon pricing, then I’ll say yes.”