Maria Sakkari bows out of WTA Finals after loss to Kontaveit 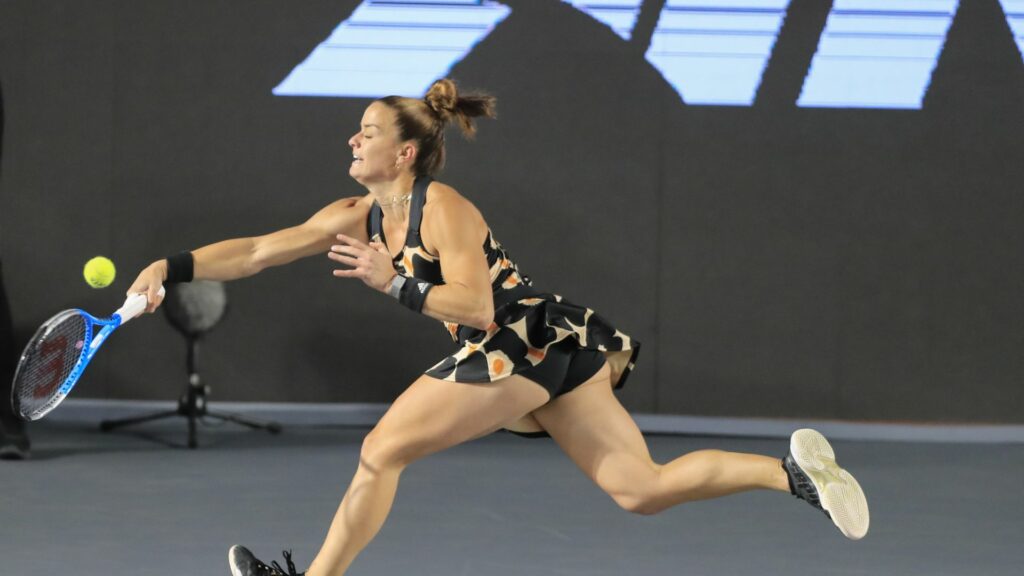 Maria Sakkari, of Greece, chases down a ball from Anett Kontaveit, of Estonia, during their semi-final match at the Akron WTA Finals tennis tournament in Guadalajara, Mexico. Photo: Refugio Ruiz/AP Photo

Sakkari routed the Estonian in the third round of the Madrid Open in May, but she could not prevail against a much-improved opponent in Mexico.

While Sakkari served nine aces in the match to Kontaveit’s six, the Estonian’s serve was to prove more consistent winning 74 percent of her first serves compared to Sakkari’s 63 percent and yielding a better second-serve win rate of 61 percent to Sakkari’s 47 percent.

Kontaveit dominated the first set to break Sakkari twice and win it 6-1 within 27 minutes. In the second set, Sakkari turned the tables on her opponent, saving two break points to stay level with her at 3-3. While struggling with her opponent’s superior serve, Sakkari delivered six aces in the second set. She broke Kontaveit in the fourth game to dominate and take the second set 6-3.

In the final set Sakkari broke Kontaveit to lead 3-2 but Kontaveit struck back and built a lead by winning eight consecutive points that led to her lead at 4-3.

Sakkari was broken in the following game after she had built a 40-0 lead. Kontaveit remained steady and was able to save eight game points and earn the the only break point in the game to 5-3. The Estonian held on to win after two hours and two minutes and book her place in the final, her greatest career achievement to date.

For Sakkari, who started the year ranked 20th in the world and who fought her way to number six, this was her seventh semi-final loss of the year.

In the other semi-final, Garbine Muguruza defeated fellow Spaniard Paula Badosa in straight sets 6-3,6-3 in one hour 25 minutes. She will face Kontaveit in the final on 17 November (Mexico time).