The digital literary journal is a new venture, seeking to connect with emerging writers and incredible authors and poets of the diasporic communities, that make up the reality of the Australian experience 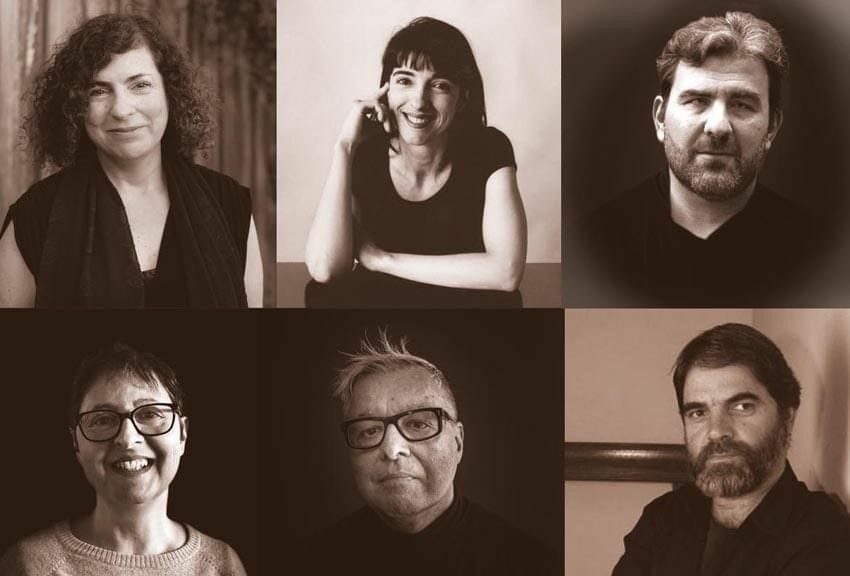 There are many wonderful writers and poets in Australia today that we don’t get to discover and read, either because their work is written in their mother tongue -which confines them to an audience of their own ethnic community- or because of the dominant mainstream literary scene, that continues to insist on an Anglo-Saxon, monolingual and monocultural conscience.

This however, is about to change, as a group of six acclaimed writers and poets is set on discovering, reviewing, interviewing and publishing experts of all that richness that is out there waiting to be enjoyed, in a new digital literary journal, Kalliope X.

Even though the members of Kalliope X, Angela Costi, Effie Carr-Dimitrakopoulos, George Mouratidis, Hariklia Heristanidis, Dmetri Kakmi and Dimitris Troaditis are all of Hellenic heritage, they state that their interest lies beyond the boundaries of their own diasporic community, and is a result of conversations that have started years ago.

Named after the muse of epic poetry, Kalliope X was launched on 17 November through an insightful presentation by Professor of Sydney University, Vrasidas Karalis, with poet Lucy Van as the MC.

This journal will challenge and provoke us “to rethink what constitutes our Australian identity, what constitutes the Australian reality, the Australian experience,” Prof Karalis said about Kalliope X, expressing his understanding that with its release begins a new dialogue with a transcultural component which aspires to transform the dominant provincialism of the Australian culture into something more open, more international, and less self-satisfied, less anglocentric.

An important step, he stated, that will help us progress.

The idea for this literary venture started to take shape during the 2019 Greek Writers Festival, where “writers of different backgrounds got together in the same room and discussed things that wouldn’t normally be discussed in a mainstream Writers Festival,” poet George Mouratidis explained to Neos Kosmos, adding that learning something about yourself through someone who’s completely different from you, finding the universal in the particular, is what constitutes great writing, and is what interests the editorial team of Kalliope X.

“We are not a minority. In fact we’re an international community of various voices,” poet Angela Costi, told Neos Kosmos, explaining that her interest in this project is about providing a space where diverse voices are encouraged and diverse languages are enabled.

“We’re all passionate about art and writing and ideas,” Mr Mouratidis continues, expressing the joy he finds in this collaboration where he gets to hang out with other writers.

“The thing is, if you are really serious about writing, you’re a fan of language, which is a magical thing. If you’re a poet, you don’t just read poetry, you read everything. You read fiction, nonfiction, history, drama,” he says as he explains why this journal will include all kinds of writings.

Poet Dimitris Troaditis feels that “it is very important to be in a circle of like-minded people. It shapes you, and you shape them, provided of course that you work on equal terms.”

He adds that all those involved in Kalliope X, have broad horizons, “as we want to show that there is another literature out there which is not Anglo-Australian, and we also recognise that there is a 50,000 year-old civilization in this country, which we need to bring forth, on an equal standing with the mainstream literary landscape.”

The six writers and poets along with web designer Sergio Fontana, and administrator Effie Kakmi-Kene, have worked extremely hard to produce the first digital edition of Kalliope X.

The inaugural issue kicks off with an incisive interview with award-winning novelist Michael Mohammed Ahmad, author of The Lebs and The Other Half of You.

Included in this issue is a powerful tribute to legendary Greek poet Katerina Anghelaki-Rooke, as well as poems by Hidayet Ceylan, Lucy Van and Anna Couani.

A feature on the great vocalist Diamanda Galas is another highlight, along with an interesting review on Roots, from SBS’s Emerging Writers Competition, among other mind-provoking contributions and the introduction of the members of the Committee through a selection of their literary work.