Thousands march on another weekend of COVID protests against vaccine mandates

The Millions March Against Mandatory Vaccination group organised protests in 30 cities and towns across Australia and huge crowds protested against mandatory vaccinations. Thousands of ‘freedom’ protesters, including some controversial politicians, descended on cities across Australia on Saturday to rally against vaccine mandates.

There were many Greek-Australians among them, some carrying Greek flags.

Some Greek parents took part in  the protests with their children. 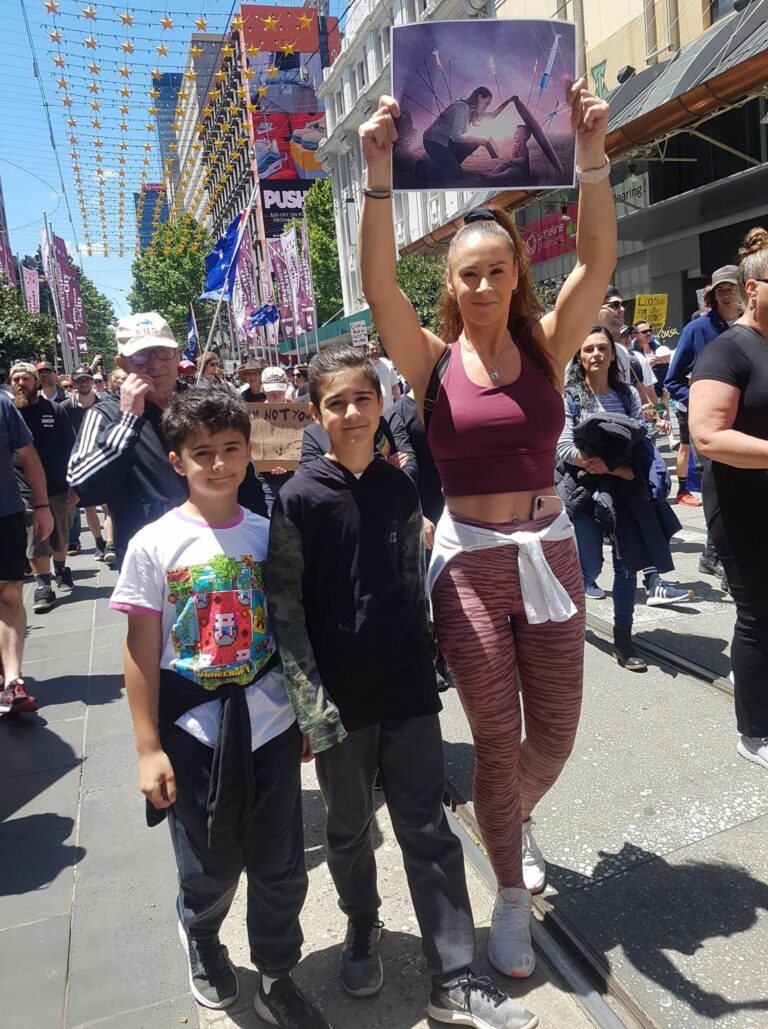 The Millions March Against Mandatory Vaccination group organised protests on Saturday in 30 cities and towns across Australia and huge crowds protested  against mandatory vaccinations.

Protesters across the country claim vaccine mandates are discriminatory. Michalis Nikoloudis has not missed a protest. Photo: Supplied

On the Gold Coast, One Nation leader Pauline Hanson addressed the crowd to wild applause, banging drums and chants of “Pauline, Pauline”.

Today’s protest  in Melbourne came as as almost 500 people have now died with COVID-19 in Victoria’s latest outbreak, as the state records 1,252 new local COVID-19 cases and five deaths of people in their 50s, 70s and 80s.

It is the fourth day in a row the state has recorded more than 1,000 cases, with the seven-day average of daily infections now sitting at about 1,170. New South Wales has reported another dip in COVID-19 cases, with 235 new infections.

The result on Saturday, continues a decline in case numbers.

The state recorded 276 and 261 Thursday and Friday respectively.

For the third consecutive day, no deaths from the virus have been recorded.