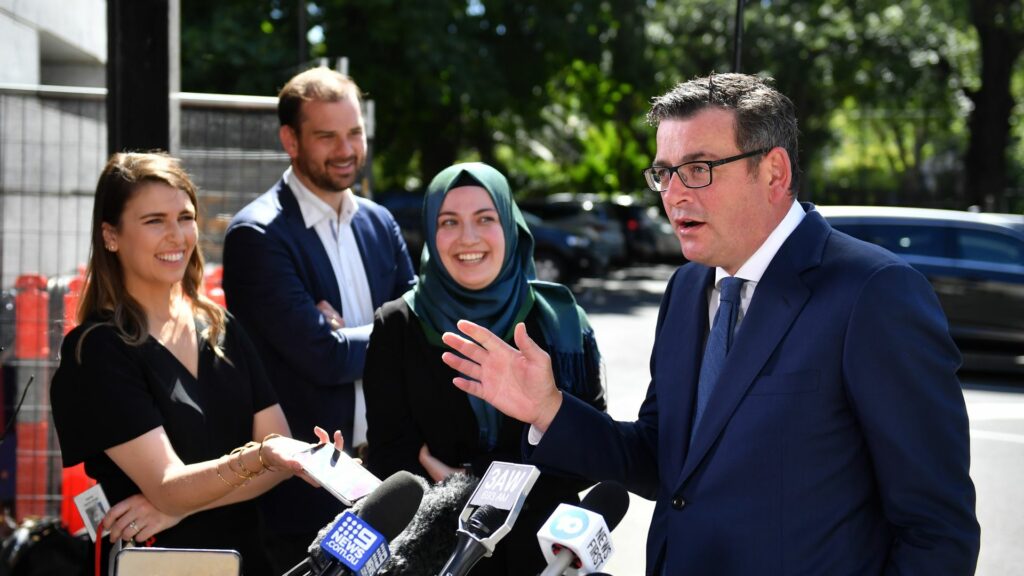 Victoria’s Premier Daniel Andrews held a press conference on Tuesday morning after his government secured the votes it needed to pass its amended pandemic legislation.

The proposed Public Health and Wellbeing Amendment (Pandemic Management) Bill 2021 will now be brought before the upper house on Tuesday.

The legislation allows for the premier and health minister the power to declare a pandemic and enforce restrictions which would replace the state of emergency which expires on 15 December.

The government clinched the deal after Transport Matters MP Rod Barton voted for the deadlocked legislation following amendments. It was expected to pass parliament last week with the support of three crossbenchers in the upper house but former Labor minister Adem Somyurek said he would return to vote against it in its current form.

For this reason, voting the bill was delayed to allow for negotiations. The agreement of key cross benchers, Transport Matters MP Rod Barton and Sustainable Australia’s Clifford Hayes, helped to break the deadlock.