‘We’ve got your back’: Wave of support for Greek Australian cafe owner after death threat, vandalism

The Thornbury cafe was not the only Greek-owned business attacked these days, with police investigating any potential links 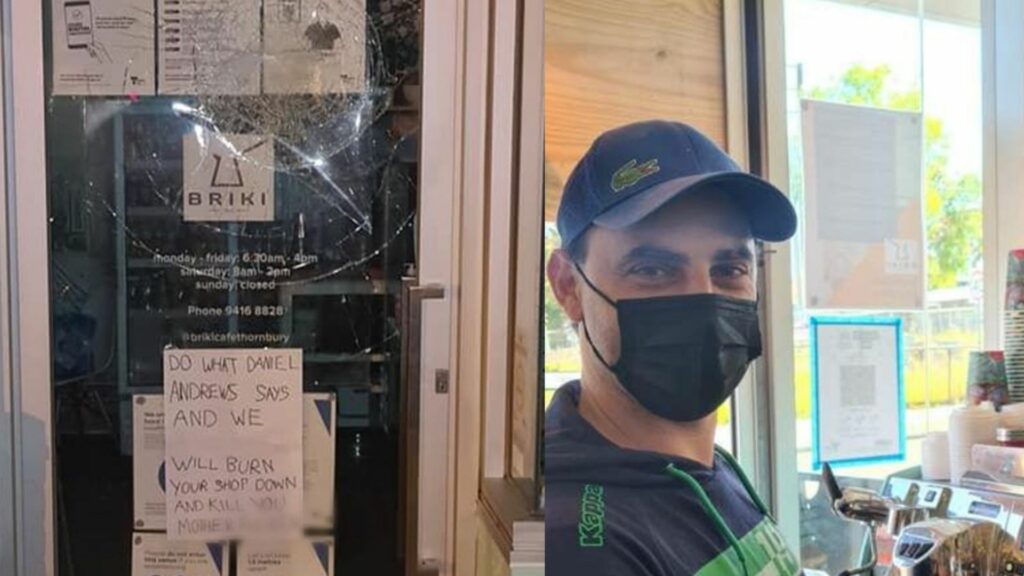 It’s been a sleepless couple of days for Simon Kandias, after vandals targeted his cafe in Melbourne’s inner-north on Sunday night.

But there’s one ‘side-effect’ of the ‘anti-Dan Andrews’ themed attack: a flow of support by the local community and beyond.

“I was notified at 4am by one of my delivery guys and I came straight to the shop. I saw broken glass all the way to the road, because it was a big window they broke and the door as well” Mr Kandias describes to Neos Kosmos about the damage caused by a brick found at the scene.

He was already “shocked” even before noticing a handwritten note stuck on the door with the words: ‘Do what Daniel Andrews says and we will burn your shop down and kill you mother f******’. 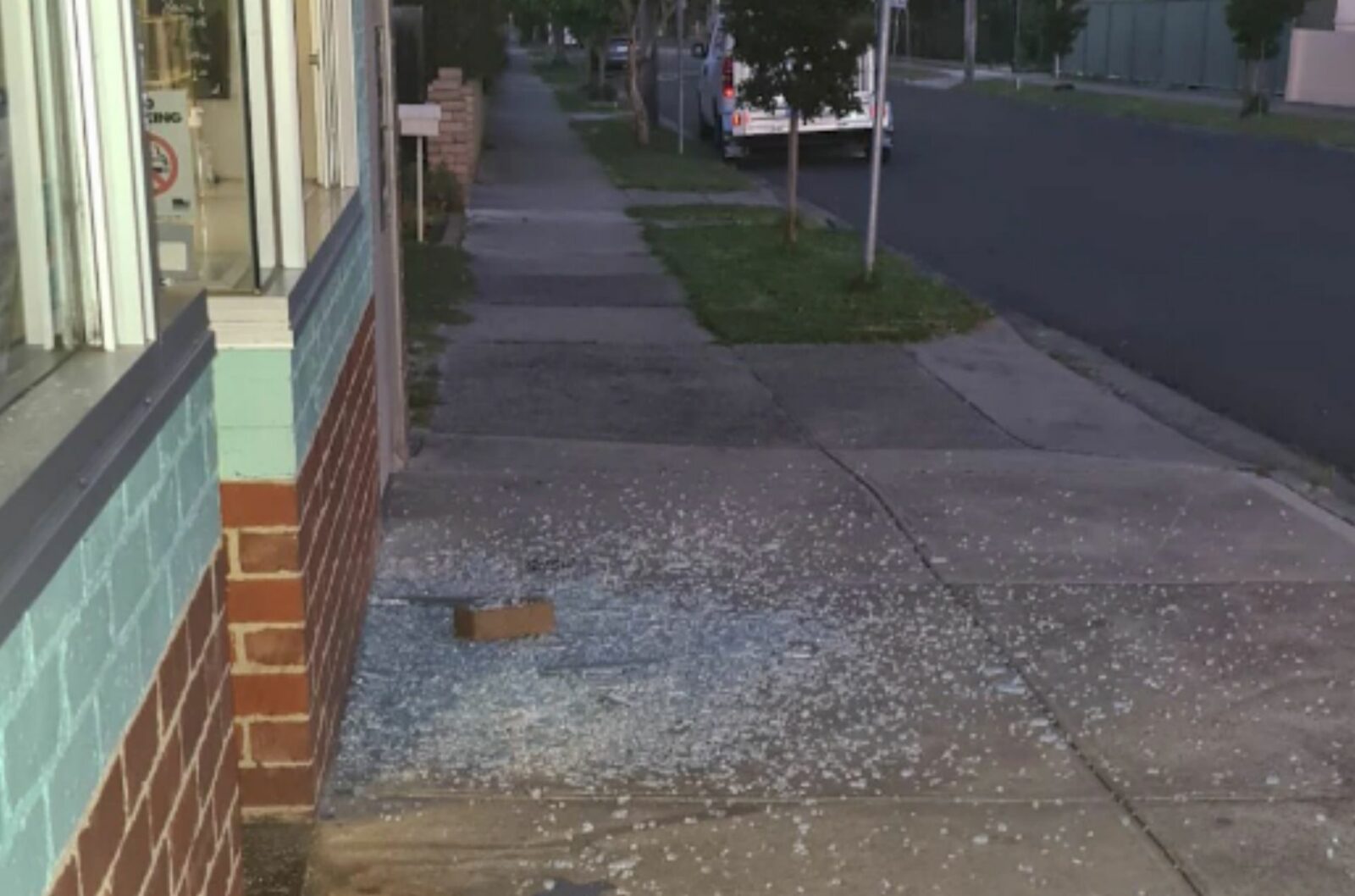 The 43-year-old states still worried about the business and “what might happen to me. If I’m stuck here by myself one day after after work”.

But assistance from local police has been reassuring.

“I think they might be pretty close to interviewing someone. Like they have a suspect or two,” he said on Tuesday morning after officers visited the cafe.

Meanwhile, a wave of community support has emerged for the Greek Australian who saw his cafe being busier than normal.

“We’ve had people from as far as Epping, Doncaster, Footscray coming in and telling us that ‘hey, we’ve got your back, and we don’t agree with this, and we’re here to support’.

“There’s also a lot of Greeks in the area, Thornbury, Northcote, Fairfield. So I’ve had a few that normally don’t come this way. But I guess seeing the Greek name [of the cafe] briki, makes them want to support us even more.”

He says, messages on socials have been constant by customers, people who used to live in the area and even strangers, with some offering to start fundraisers to help cover the damages, estimated at thousands of dollars.

Asked about thoughts on potential motives behind the attack Mr Kandias states also in search for an explanation.

In fact, police are currently analysing CCTV footage from attacks with a brick at his cafe and two nearby businesses, Greek Kitchen and bar and Thornbury Taphouse, to check if linked.

“I actually just had the owner of Greek Kitchen come past to talk to me wondering what’s going on and why they’re targeting us. And unfortunately for them, it’s the second time they had their glass broken in four days.

The important thing, he says, is the message coming out from all the patrons coming in to show their support.

“It’s saying to these people ‘we don’t agree with you, you’re a minority and we’re not afraid of you. You can do what you want but we’re gonna support out little cafes, local cafes.

“The community is sticking together.”