Bill Papastergiadis OAM on the Assyrians, the VMC and the Greek Community 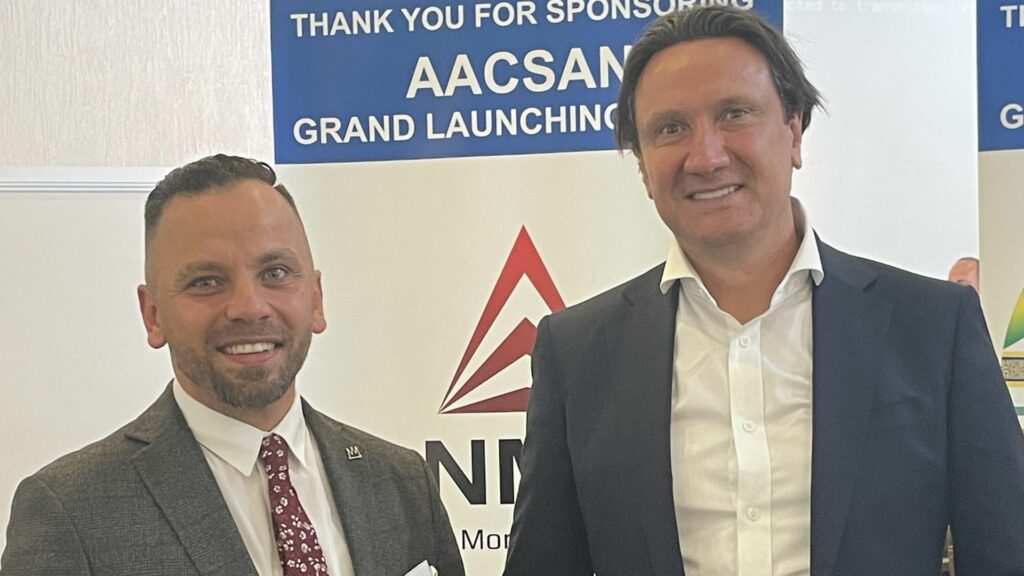 Multiculturalism is the bedrock upon which Melbourne and Australia’s society is built on. As a Commissioner of the Victorian Multicultural Commission (VMC), I had the opportunity to recently address a new entrant into our cosmopolitan fabric being the Australian Assyrian Chaldean Advocacy Network (AACSAN).

Greeted warmly by AACSAN’s President (Mr Youhana Bet Doud) on arrival at the event in Coolaroo, it was clear to me that Mr Youhana was leading one of Australia’s fastest growing communities. Its aim is that within a short period of time AACSAN would be a leading forum for sharing information, enhancing partnerships and working with Government to deliver services to Assyrian, Chaldean and Syrian communities.

A number of significant political and community leaders had also made their attendance at the event including, Ms Vamvanikou MP, Mr Giles MP, Mr McGuire MP along with Councillor Haweil.

In his speech, Mr Youhana emphasised how AACSAN was developed to make sure that these communities engaged meaningfully with the society they lived in.  Most of the overseas born community had come to Australia as refugees but within a short period of time from its inception, AACSAN had received Victorian Government grants to support its vulnerable members during the Covid crisis.

I had been asked to speak as the VMC representative but from the angle of how the Greek Community in Melbourne operated from a cultural and advocacy perspective.

I commenced by noting the importance of the VMC as an advocate to Government but which relied on grassroots organisations like AACSAN which truly understand the needs of their community members and which voices need to be communicated to Government. It is this wealth of knowledge that comes from AACSAN and other similar organisations which allows the VMC to play its advocacy role.

In regards to the broader Greek Community in Melbourne, I noted that it was a mature community with settlement that extended over 150 years in our city. I emphasised that unity was an important part of any conversation with Government as it allowed policies and ideas to be quickly identified and implemented through identifiable representative structures. Equally, I made mention of the need for any organisation to be relevant and to be constantly reinventing itself.

This could take the form of programs or building initiatives. I noted the construction of the 15 storey Cultural Centre by the Greek Community of Melbourne which had created a vertical Greek precinct and which had rejuvenated in many ways the organisation. Hence, a history of steady partnerships with Government and members along with a long term vision was fundamental to the success of an organisation. I noted that not all decisions are universally accepted and hence community leaders are often  required to make difficult decisions. As an example, I referred to the vaccination hubs set up by the GCM in its church halls, which arose from its direct relationships with the state and federal Health Ministers. Although not entirely popular, these initiatives were successful in building relations with Government and offering important services to those in need during this pandemic.

The VMC has offered me the opportunity to connect with so many wonderful organisations. Although the event came to an end later that night, I had agreed with AACSAN’s President and his Board to meet in the near future to identify ways to continue the relationship.