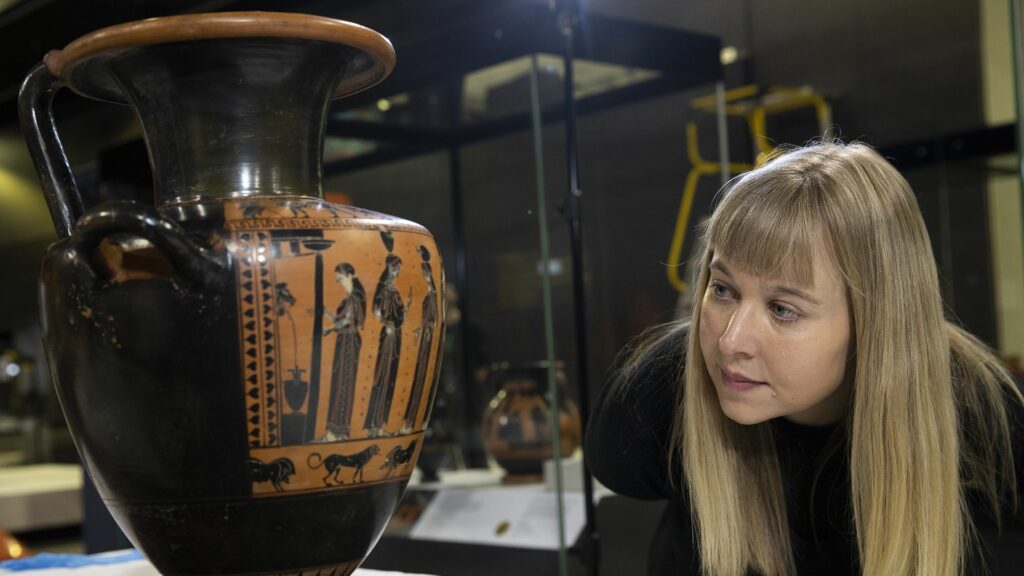 Former Victorian Labor Minister, Theo Theophanous called for a boycott of the current exhibition Ancient Greeks: Athletes Warriors and Heroes at the National Museum of Australia from the British Museum. The exhibition consists of over 170 ancient Greek artefacts from across the Hellenic world, including Southern Italy and the Black Sea.

The former Victorian Labor Minister penned an opinion piece for the Herald Sun, on 4 January, where he calls on Australians to boycott the exhibition because the British Museum continues to refuse the repatriation of the stolen Parthenon Marbles to Greece.

Mr Theophanous said the exhibition contained 170 Hellenic objects dating back to 800 BCE that “the British Museum claims they were legally acquired.” Mr Theophanous goes on to say: “It makes the same claim about the magnificent Parthenon Marbles that were removed from the most important Greek cultural and historical building, the Parthenon, by Lord Elgin and transported to the British Museum …”

Facebook arguments ensued between pro and anti-boycott voices. Some pointed to the fact that the exhibition was an initiative of the Greek Orthodox Community and Church of Canberra and was endorsed by the Greek and Cypriot diplomats in Australia.

Dean Kalymnios in an opinion in Neos Kosmos wrote that the exhibition is an opportunity for the younger generations to view “cultural artefacts of their heritage they would not otherwise see. It showcases and makes Greek culture amenable to a broader Australian audience.”

Mr Kalymnios wrote, “the fact that the local Greek community managed to secure the exhibition is a coup.”

John Loukadelis the President of the Greek Orthodox Community and Church of Canberra noted that “of the 170 items that are being exhibited none one of them is, or has been a matter of contention, nor has there been a request for return”.

“Nor have any of the items been stolen from Greece, they have found been around other parts of the [ancient Hellenic world] across Europe and Turkey.”

Mr Theophanous responded on Facebook with a post where he says he is ” fully aware that the exhibition was endorsed by the Canberra [Hellenic] Greek club (sic.) and that they got free tickets as a result.”

“At least one of their board members resigned in protest. I have not said that the items on display were stolen but they are being exhibited by the British Museum that refuses to even discuss returning the marbles which were stolen.”

Neos Kosmos has a promotional agreement with the National Museum of Australia for the exhibition Ancient Greeks: Athletes Warriors and Heroes.