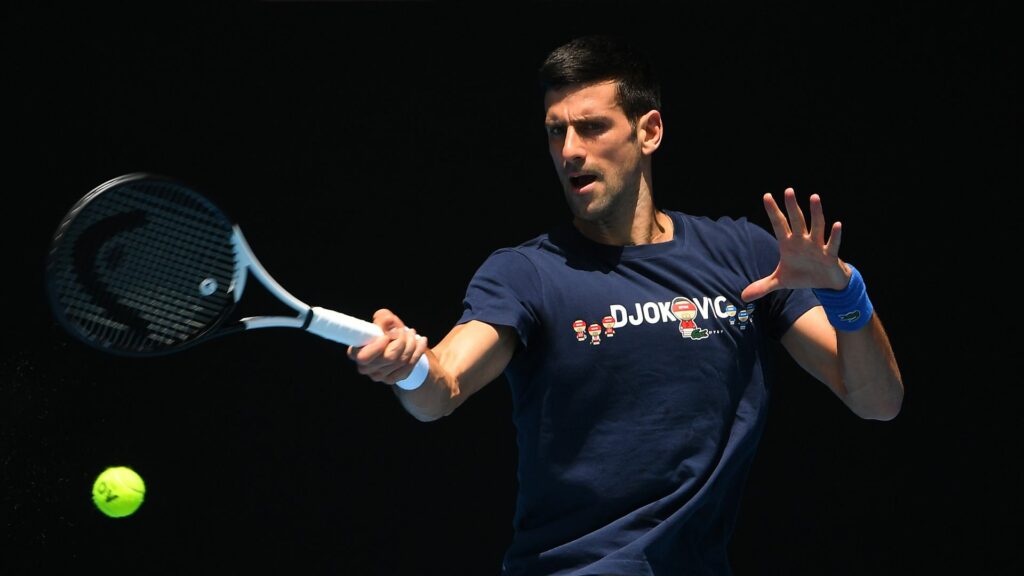 Novak Djokovic of Serbia is seen in action during a training session at Melbourne Park in Melbourne, Wednesday, 12 January, 2022. Photo: AAP/James Ross

However, a series of errors on the world No1’s end have immigration authorities still question whether or not the Serbian tennis star should be allowed to play at the Australian Open.

The final decision could be announced later today by Immigration Minister Alex Hawke, yet, there is no guarantee it will happen ahead of the draw for the Aus Open. Djokovic will still be entered into the draw and as the number one seed he’ll be scheduled to face a relatively easy opponent first up if he is allowed to play.

Until the tournament kicks off on Monday Djokovic’s participation could be on the line.

The draw will be live streamed later today on Facebook here: https://www.facebook.com/AustralianOpen/

Meanwhile, tickets to attend the Australian Open will stop selling at 50 per cent capacity, in response to the new COVID-19 restrictions.

All the tickets that have been sold will be valid and there will be no changes to ground pass access.

“Face masks will be mandatory for all patrons, except when eating or drinking, and the event will align with Victoria’s statewide COVIDSafe settings,” the government said.

“This includes a density limit of one person per two square metres for all indoor hospitality.

“Ventilation will be improved in indoor areas of Melbourne Park, with HEPA filters to be installed in some spaces after a ventilation assessment is completed for the venue.

“As COVID-19 hospitalisations and cases continue to rise in Victoria, these mitigation strategies are proportionate and designed to assist in limiting the spread of COVID-19.”