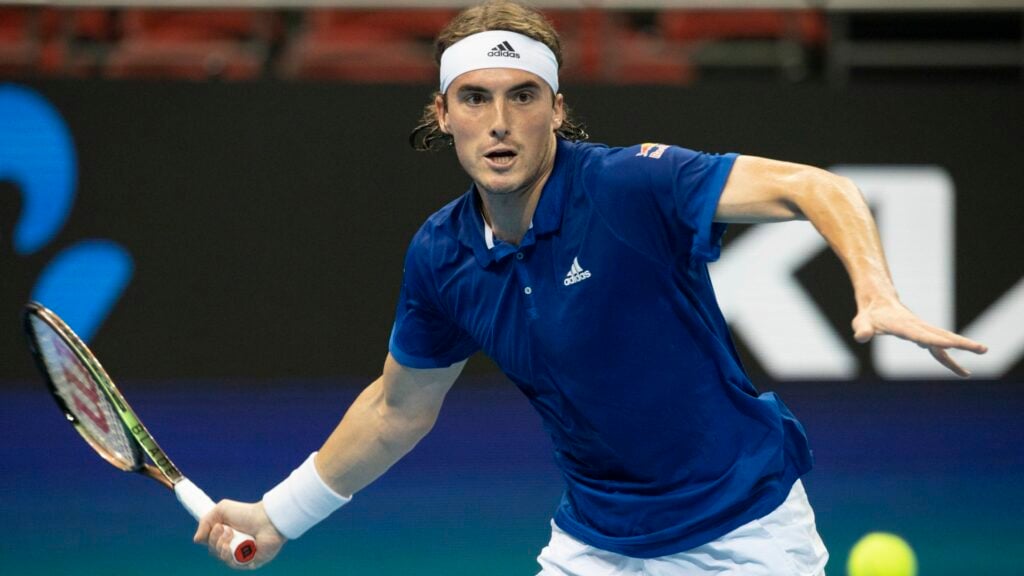 Greek tennis superstar Stefanos Tsitsipas has waded into the Novak Djokovic saga by saying that the Serbian world number one has been “playing by his own rules”, made a fool of vaccinated players” and has risked his bid to make tennis history were he to win a 10th Australian Open and achieve an unprecedented 21 Grand Slam titles in the process.

Mr Tsitsipas, who courted controversy of his own last year when he expressed hesitance in vaccinating against COVID-19, spoke to the Indian news channel WION about the controversy that followed on Mr Djokovic’s entry into Australia last week when Border Force officials found that the player had not met his visa requirements and was placed under hotel quarantine.

A subsequent court ruling this week led to his release and for now Mr Djokovic looks set to defend his Australian Open crown. However, federal immigration minister Alex Hawke may yet have the final say on Mr Djokovic’s fate in Australia. The Age has reported that Mr Djokovic planned to appeal in court if the minister decided to cancel his visa.

“There’s been a lot of talk about it since the past four-five weeks. People are constantly talking about it and it is the No. 1 topic these days, with no talks about tennis (smiles). When you are one of the best tennis players in the world, there’s going to be a lot of interest and demand around you.” Mr Tsitsipas told the Indian news channel.

“For sure, he’s (Djokovic) been playing by his own rules and has been doing what not many players had the guts to do, especially after the ATP (Association of Tennis Professionals) announced certain criteria for players to enter the country (Australia),” Mr Tsitispas said. “A very small percentage chose to follow their own way which kind of makes the majority look like they’re all fools or something.”

“Not many would’ve thought to come to Australia unvaccinated or not following the protocols. It takes a lot of daring to it and putting a Grand Slam at risk. I chose to go and be 100 percent ready for whatever was to come and not having thinking about anything else. Doesn’t mean my way is the right one and his way is the wrong one. Each one has a different perception,” Mr Tsitsipas told WION.

“The stats say 98 per cent of players have been vaccinated and did what they had to do in order to come and perform and play in Australia. … Not everyone is playing by the rules of how Tennis Australia and the government have been putting things.”

In speaking of his experience of losing to Mr Djokovic in the final of last year’s French Open after leading in the first two sets, Mr Tsitsipas said: “It taught me a lot. It taught me to not defend too much. Staying back…not attacking enough…. overthinking…that can cost you (the game). That has been the case after being two sets up. I kind of felt I backed down a little bit. But I also feel he raised his game a lot during the final. After the break, he refreshed himself and I saw a different Novak on court.”

In the draw for the first round of the Australian Open on Monday, 17 January (times to be announced: